Accessibility links
San Franciscans To Vote On Banning Circumcision Opponents of the practice say parents shouldn't impose the procedure on an infant, but let him decide for himself when he's older. Doctors say research shows some benefit in checking the spread of HIV/AIDS but medicine has no definitive answer. 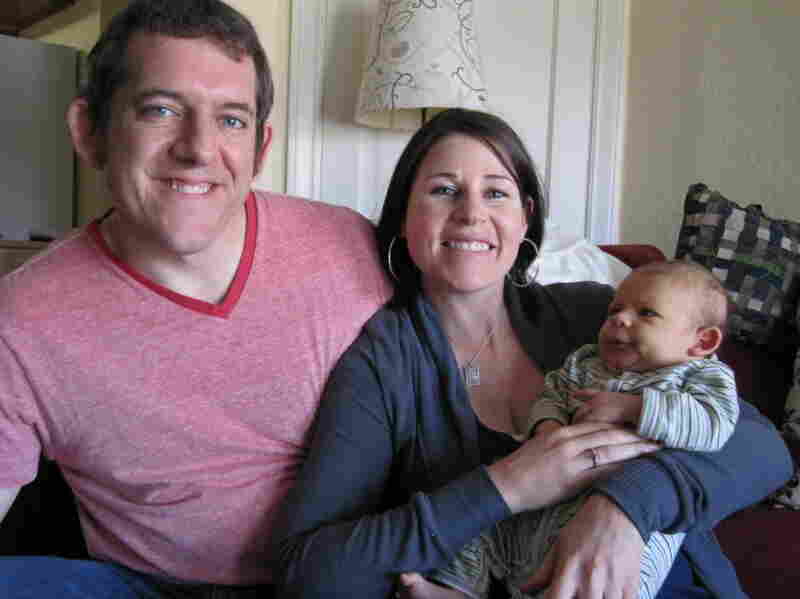 Ned, Sara and Shay Buskirk of San Francisco. Shay was born at home and his parents never considered circumcision, which they see as mutilation. Rachael Myrow/KQED hide caption 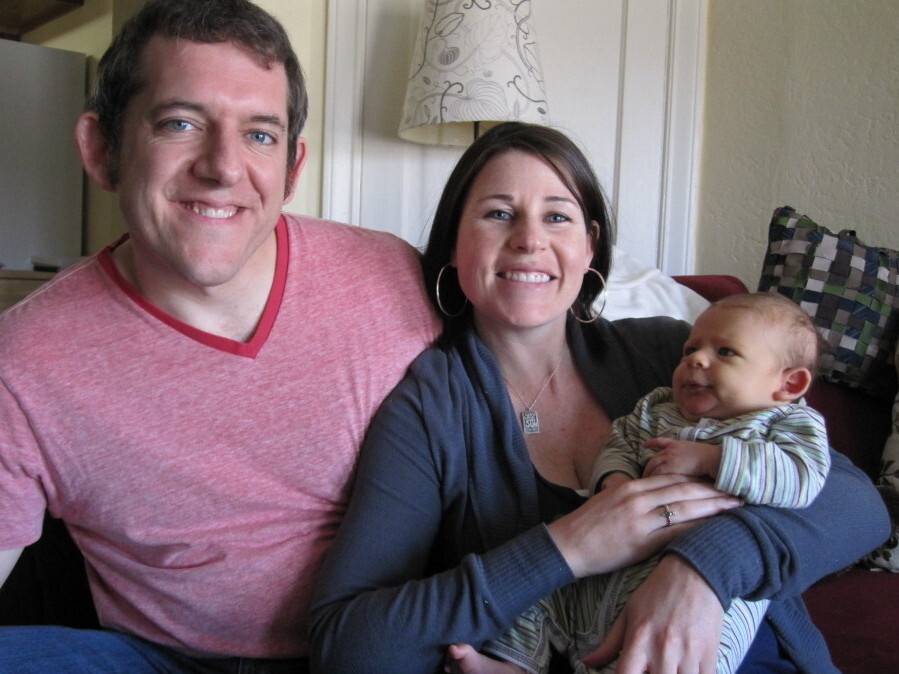 Ned, Sara and Shay Buskirk of San Francisco. Shay was born at home and his parents never considered circumcision, which they see as mutilation.

San Francisco voters could approve the first U.S. ban on male circumcision this fall. The measure would make circumcising a male minor a misdemeanor.

If the referendum is enacted, anybody caught circumcising a boy could face a $1,000 fine or a year in jail.

The measure includes an exemption for cases of medical necessity — but not for religion. For that reason alone, First Amendment attorney Martin Nussbaum doesn't believe the ban could hold up in court.

Nussbaum says a court would have to balance the interest of the state in protecting the individual with the free exercise of religion.

Ned and Sara Buskirk had a baby boy eight weeks ago.

"He was born here at home," Sara says, "right over there on the rug."

There were no complications with Shay's birth, and no circumcision.

His father says, "For me, it came down to ... is there enough information pointing to me needing to physically hurt ..."

"Mutilate my child," Buskirk continues. "Is that something I need to do?"

The Buskirks don't want to make the choice for other families, but Lloyd Schofield does. He represents a loose coalition of people who call themselves "intactivists."

It's not necessary to do," Schofield says, "and if someone wants to have themselves circumcised after they're 18, that's their choice to make for whatever reasons."

Limiting choice like this would be damaging to the very values that San Francisco wants to represent.

The San Francisco referendum was written by a San Diego man, Matthew Hess, who has been pushing for a national ban for a decade. The success of the measure so far has focused a spotlight on his comic book series, Foreskin Man, which depicts evil doctors and "Monster Mohel," an Orthodox Jewish circumciser.

Hess declined a request for an interview, but he has defended his work on Twitter: "Those who cut innocent children will be drawn like the villains that they are."

Rabbi Joshua Strulowitz of Congregation Adath Israel says circumcision is central to the Jewish faith. He says as a Jew and as a San Franciscan, he finds the measure dangerous.

"It threatens a liberal society; it's so dictatorial; it's so over the top," says Strulowitz. "Limiting choice like this would be damaging to the very values that San Francisco wants to represent."

Some public health advocates have also expressed concern. Studies conducted in Africa indicate circumcision can lessen the risk of sexually transmitted diseases, particularly HIV/AIDS. So far, the Centers for Disease Control and Prevention has yet to issue formal guidance on the practice.

"The data that we have available from science really is not compelling enough to strongly recommend for or against circumcision," she says. "There are certainly benefits that have been demonstrated, and there are risks, although the risks are minimal."

Intactivists were pushing for a circumcision ban in Santa Monica, but they withdrew the bid after the controversy erupted around the San Francisco measure.