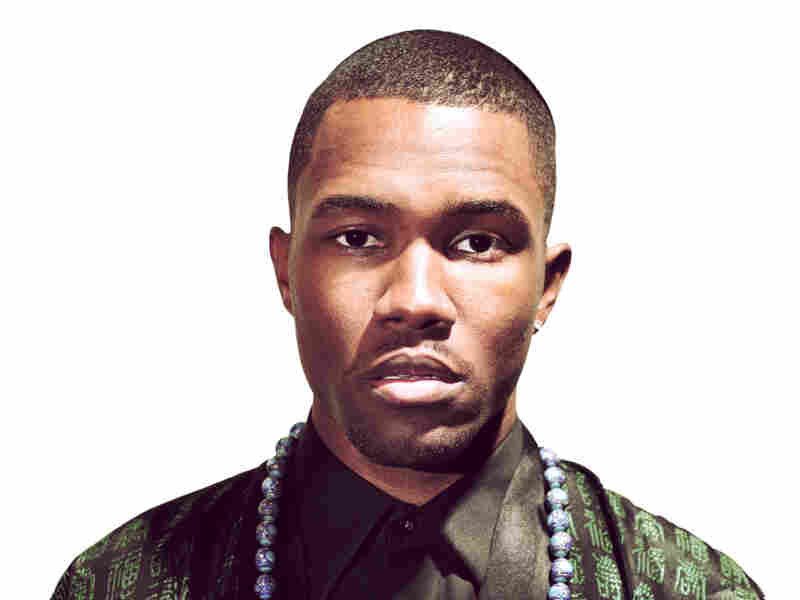 This album is available for free download from Datpiff.

Sometimes major labels just get things wrong, and there's no better illustration than the case of the singer-songwriter formerly known as Lonny Breaux. After Hurricane Katrina hit his hometown of New Orleans, Breaux moved to Los Angeles to pursue a recording career. There, he landed songwriting gigs for the likes of Brandy, John Legend and even Justin Bieber, as well as a recording contract with Def Jam. And there he sat, as many artists do, his solo debut permanently in limbo almost before it got off the ground. But hell hath no fury like a recording artist scorned.

In protest, the 23-year-old quietly old went off the reservation and aligned himself with the buzzed-about (and fretted-over) indie rap/hooligan/creative collective Odd Future, whom he credits with inspiring a new-found DIY drive. He then rechristened himself Frank Ocean and, in February, proceeded to self-release Nostalgia, Ultra for free and on his own Tumblr. With no formal promotion, buzz spread rapidly by word of mouth; in a matter of weeks, Ocean went from unknown quantity to critical and industry darling, with the likes of Diddy and Lupe Fiasco singing his praises. Few of these insiders had realized that Ocean was already tied up in a deal.

The hype for Nostalgia, Ultra is well-deserved, although its charms might easily be overlooked in a passing listen. The beats are crafted by big-name producers like Tricky Stewart (Beyonce, Rihanna) and Midi Mafia (Bieber, 50 Cent), who were no doubt poached from Ocean's major-label sessions. The producers don't stray too far from their poppier efforts, give or a take a touch of haze and a meandering feel meant to win over the indie set. Ocean is a talented enough vocalist, not overwhelming in his ability but certainly strong enough to hang with most of the middle-tier crooners cluttering urban radio.

It's his songwriting, smart and subtle, that sets Ocean far apart from that pack. He sidesteps his Odd Future peers' adherence to more socially deviant subject matter, running instead with a hippie-like optimism, but he shares with them a childlike sense of wonder and writerly knack for details.

The finest moments of Nostalgia, Ultra orbit the same soul-baring and minutiae-obsessed space as Marvin Gaye's breakup opus Here, My Dear or any number of Prince's more idiosyncratic ballads. His romantic arcs — from first crush to breakup — are usually told through the small stuff. When, in "Novacane," Ocean sings about falling for a porn star who wants to be a dentist, it's easy to believe that he's more enticed by her dentistry aspirations than her day job. The dissolving love of "Songs for Women" stems not from a major bust the windows out your car Jazmine Sullivan-style breakup, but from a series of missteps like missed breakfasts and her in-car song selection (Drake and Trey Songz, not Frank Ocean).

In some ways, this feels like a more realistic representation of how relationships play out in the heads of their participants — not in grand, Motown-style birds-and-bees allegories or the graphic sexual fantasies of modern R&B, but in tiny, trivial flashes. Of course, Ocean is equally adept, and delightfully surrealistic, when it comes to the bigger strokes. In the standout "Swim Good," he sings of putting broken hearts in the trunk of a Lincoln Town Car and driving to the ocean as they bleed through.

Nostalgia is not, however, Ocean's debut album — not exactly. Instead, it's a singer-songwriter's take on the hip-hop mixtape (a freebie album available for download all over the Internet or sold for a few dollars by a street-corner vendor or at a mom-and-pop store that offers a mixture of original studio compositions and reinterpretations of existing songs). Ocean isn't the first R&B artist to use this model; R. Kelly and Raheem Devaughn are among many who have thrown their hat into the traditional mixtape ring. But mixtapes are usually playful side projects by established artists; very rarely are they intended to actually break a new artist.

Where those singers mostly repurpose popular songs from the lateral hip-hop genre, Ocean moves unexpectedly outward into rock and pop territory. Instead of borrowing from Soulja Boy or Drake, he flips Coldplay's "Strawberry Swing" into a post-apocalyptic paean, and even renders The Eagles' insipid classic-rock standard "Hotel California" tolerable in "American Wedding," an extended tale of a shotgun marriage and subsequent divorce. He makes a gleeful writing exercise out of these semi-covers, warping their structure to fit his own unique sensibilities.

Ocean's voice is so firmly defined that it's hard to imagine it thriving anywhere but on the DIY circuit. A recently leaked collection of 40-odd demos and reference tracks from his Lonny Breaux days is disappointingly cookie-cutter by comparison. Flashes of the over-honest and artful Ocean who revealed himself on Nostalgia, Ultra occasionally rear their head, but they're more often empty and clearly committee-driven. On his Tumblr, Ocean calmly dismissed the leaks as "records that were never intended to represent me."

It's frustrating to think how many other young talents may be similarly tied up in major-label rat-nests, chasing hits instead of staying true to themselves. Here's hoping Nostalgia, Ultra proves to be a call for their liberation.