Accessibility links
Movie Review - 'One Lucky Elephant' - One Engaging Character A circus trainer embarks on a decade-long odyssey to find his elephant a good home in Lisa Leeman's engrossing character study. The documentary film is short on drama, but full of questions about the animal (and human) psyches.

'One Lucky Elephant' Is One Engaging Character

'One Lucky Elephant' Is One Engaging Character 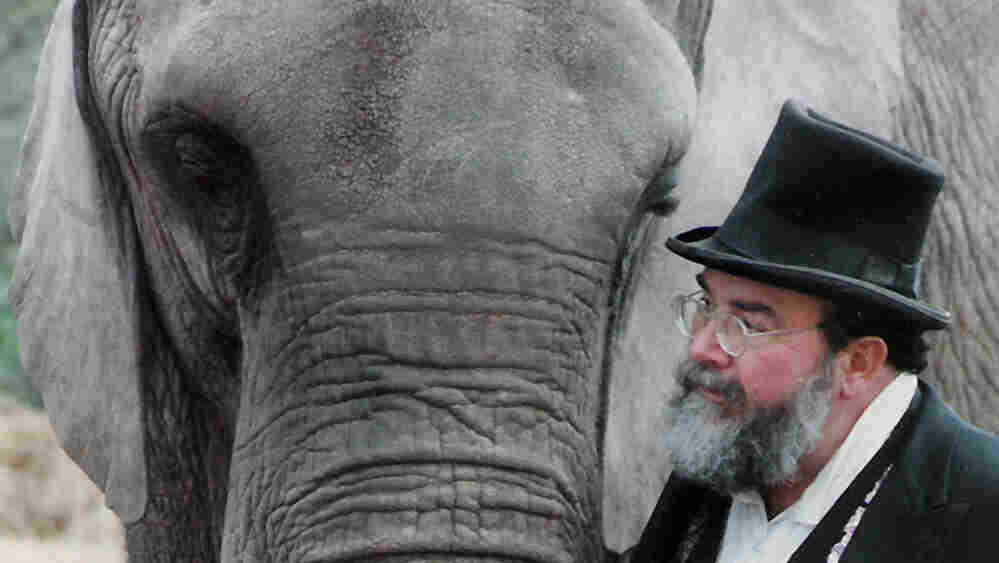 With: David Balding, Flora the Elephant

'David on Flora Growing Up'

'David on Flora Growing Up'

Like dolphins, elephants are too playful for their own good. They like to learn tricks, and to please their new human friends. Next thing they know, they're in showbiz.

That's what happened to Flora, an orphaned baby elephant purchased in 1984 by David Balding for his one-ring circus. In one sense, Flora is indeed One Lucky Elephant, the title of Lisa Leeman's engaging documentary. The Missouri ringmaster had always wanted an elephant, and as a childless bachelor he treated Flora as a surrogate daughter. He even named the circus after her.

But Flora's interest in performing dwindled as she aged. Raul Gomez, her trainer, says the African elephant became like any other teenager: "She liked to go in her room and close the door."

After 16 years, Balding (who eventually married) decided that his star attraction needed to quit the circus and find a permanent refuge. That's when Leeman arrived, planning to document Flora's transition from pet and performer to — well, to elephant. It turned out to be a long journey.

One Lucky Elephant follows Flora and Balding for a full 10 years, as various options appear and then evaporate. Flora might go to a Botswana safari park, where she'd be with other elephants but also have contact with humans. Balding disapproves of most zoos, but a few of them he'd accept as Flora's retirement home.

There's another tantalizing possibility: Carol Buckley, another person who performed with an elephant for years but finally concluded it was wrong, has a sanctuary in Tennessee — but she takes only Asian elephants, which are smaller and less aggressive than their African cousins.

Flora's appeal relies partially, of course, on anthropomorphic conjecture. Viewers can't know what's on the elephant's mind at her final circus performance, as she waves farewell to her fans with a red handkerchief. But the moment sure is adorable. Treating Flora as sort of human is not mere sentimentality, however; she really is sort of human, if only by virtue of having accepted Balding as her adoptive dad. When she cuddles him with her trunk, it's not a routine she learned in order to delight the paying customers. 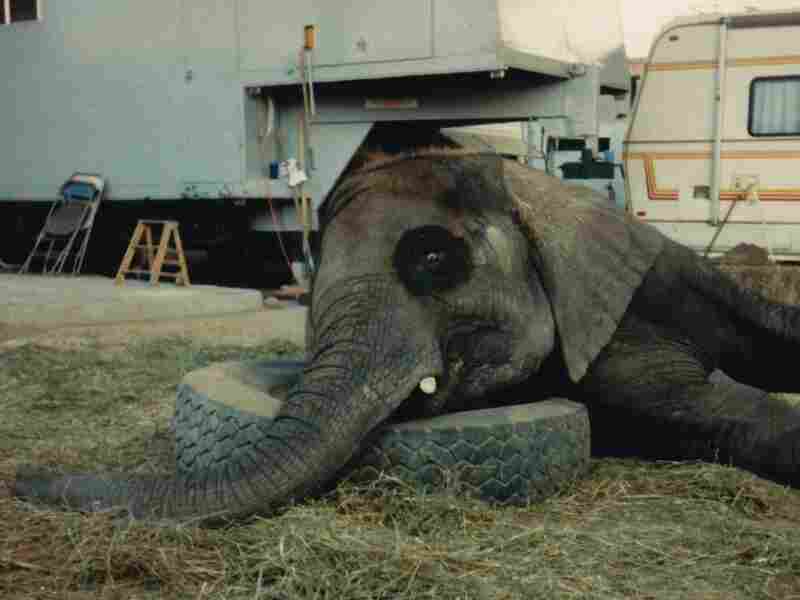 Downtime: Flora's restlessness — circus employees think of her as a moody teenager — leads one animal expert to theorize that she may suffer from post-traumatic stress syndrome. OWN Documentaries hide caption 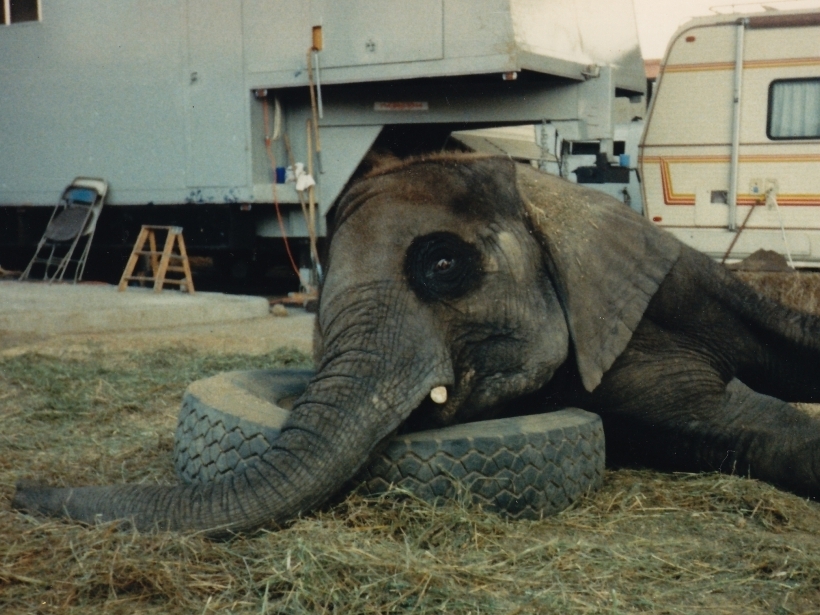 Downtime: Flora's restlessness — circus employees think of her as a moody teenager — leads one animal expert to theorize that she may suffer from post-traumatic stress syndrome.

Ultimately, anthropomorphism becomes the movie's battlefield. A female psychologist, Gay Bradshaw, decides that elephants like Flora have post-traumatic stress syndrome. (Her claim is underscored by a brief but harrowing montage of elephants being brutalized.) Balding, whose style is more pragmatic, disputes this approach to elephant psychology, but by then he's no longer in control of Flora.

Is Flora a little lonely and sometimes moody, or is she profoundly scarred and victimized? Balding is supported by William Thieson, the Pittsburgh Zoo's elephant savant, while Buckley takes Bradshaw's side. The conflict almost suggests a fundamental divide between contemporary male and female worldviews — except that Balding's wife, Laura, agrees with her husband's less Oprah-atic analysis.

Despite tracking the story for a decade, the filmmakers didn't capture any major breakthroughs on film. And the story of Flora's search for a permanent home, despite some intriguing missed opportunities, isn't quite the stuff of great drama. One Lucky Elephant succeeds instead as a character study, while gently raising questions about human use and misuse of animals. And while its story is inherently bittersweet, the movie has many charming moments. After all, it's about one smart elephant.