Accessibility links
The Nation: Weiner's Twitter More Vile Than Vitter? While Congress calls for Weiner to resign after lying about sending unsavory pictures via tweets, it seems to be forgetting the diaper-clad David Vitter scandal of 2007. The Nation's Leslie Savan ponders the double standard. 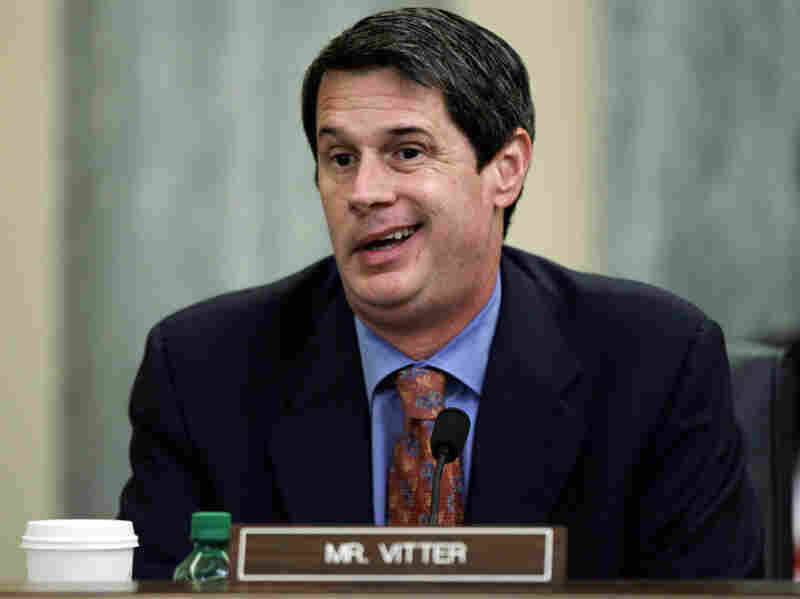 Sen. David Vitter (R-LA) was outed as the client of a prostitute in 2007 but was not forced to resign. J. Scott Applewhite/AP hide caption 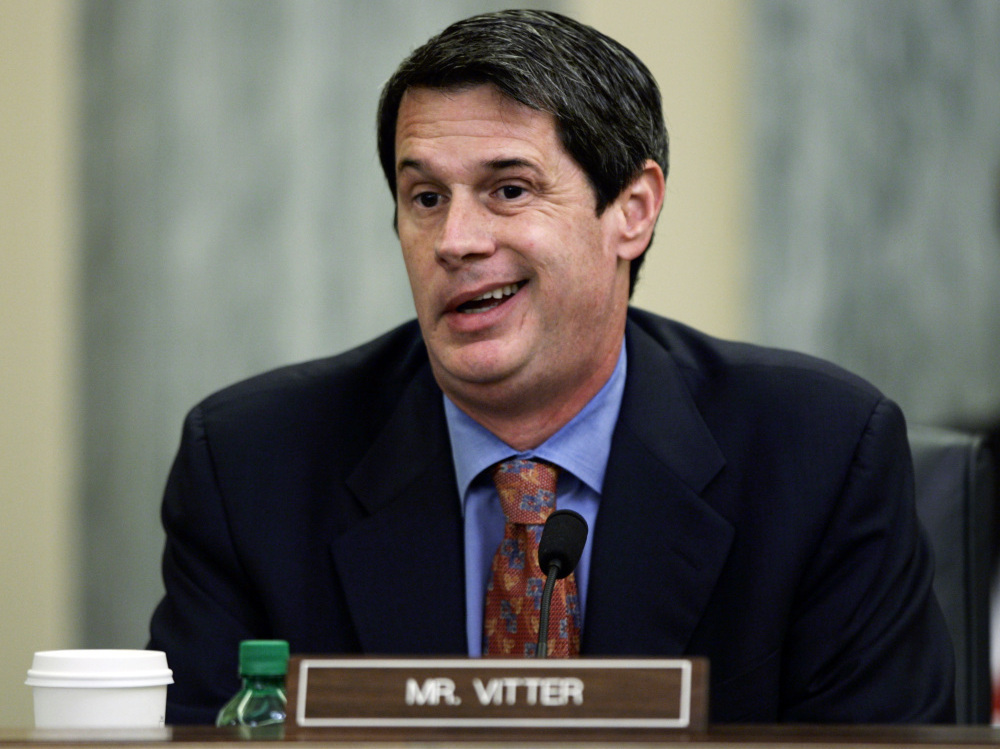 Sen. David Vitter (R-LA) was outed as the client of a prostitute in 2007 but was not forced to resign.

Leslie Savan blogs for The Nation about media and politics.

Whether or not you think Anthony Weiner should resign, remember this: Republicans have kindly provided the frame in which to argue the question. For some reason, the following query isn't allowed into that frame: Why aren't members of Congress and the media demanding that Senator David Vitter resign?

If you recall (and how can you forget?) Vitter was outed in 2007 during the DC Madam sex scandal as a frequent client of prostitutes. (The mental picture of him allegedly wearing diapers during these visits is nearly as damaging as the actual pictures of Weiner — Vitter's just lucky his fetish wasn't photographed.) But yesterday, as calls for Weiner's exit by Republicans and quite a few Dems were reaching a fever pitch, the GOP hosted a fundraiser for Vitter in a lobbyist's fancy DC townhouse, video of which Rachel Maddow aired last night.

Her must-see piece takes us through the sex scandal and resignation of almost Speaker of the House Bob Livingston — a leader in President Clinton's impeachment — to the Louisianan who inherited his seat, Mr. Vitter.

Maddow asks members of both parties, "If you do not now feel moved to demand that David Vitter resign — now, in June 2011 — how on earth can you demand that Anthony Weiner needs to resign?"