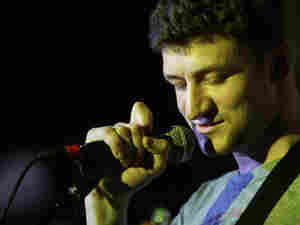 A group with a moniker like Someone Still Loves You Boris Yeltsin is bound to have a couple of jokes up its collective sleeve. Like many long-named buzz bands, SSLYBY makes charming, affable pop music worthy of its playful name. Its home-recorded debut, Broom, sounded like Rivers Cuomo forgot his distortion pedal for Weezer practice. With Pershing following in April, the band is set to remind fans that someone still loves Someone Still Loves Boris Yeltsin. Hear a concert recorded live from the Paste Magazine and Stereogum Party at Volume in Austin, Tex., March 14, 2008 broadcast by World Cafe.

Hear the other bands from this concert: Liam Finn, The Weakerthans, Kaki King, The Whigs.