Accessibility links
The Go-Go's: Still Going The all-female band is back on the road for the 30th anniversary of its milestone debut, Beauty and the Beat. 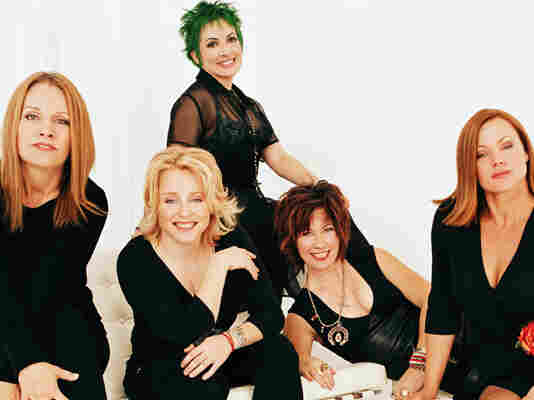 The Go-Go's are on tour to celebrate the 30th anniversary of their massively successful debut. Courtesy of the artist hide caption 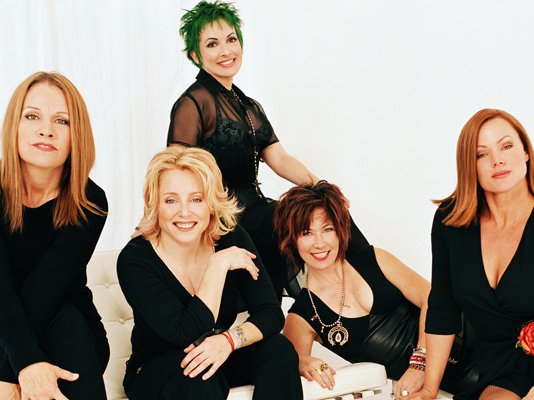 The Go-Go's are on tour to celebrate the 30th anniversary of their massively successful debut.

In the summer of 1981, The Go-Go's released Beauty and the Beat, a record that would become the first No. 1 album for an all-female band that wrote its own songs and played its own instruments. And believe it or not, that hasn't happened again since.

Despite their early success, The Go-Go's split up just four years later. But lately, they've reunited for the occasional tour. They're currently playing shows in celebration of the 30th anniversary of Beauty and the Beat. This weekend, Weekend All Things Considered guest host Rachel Martin spoke with a few of The Go-Go's just after they finished their sound check at the Wolftrap Foundation for the Performing Arts in northern Virginia.

"We thought if we sold 100,000 copies and were cool in L.A. and could get lots of boys, then we'd succeeded," singer Belinda Carlisle said when asked about the group's initial expectations for the album and the band. "That really was pretty much it — it was like a club. We had no idea."