Accessibility links
After Wild Weather, Higher Food Prices On Horizon This spring, U.S. farmers faced floods, tornadoes, downpours and droughts — all of which made planting difficult. Now in June, intense heat has been sweeping over much of the country. The harsh weather likely will reduce the fall's harvest, which in turn could further drive up grocery bills. 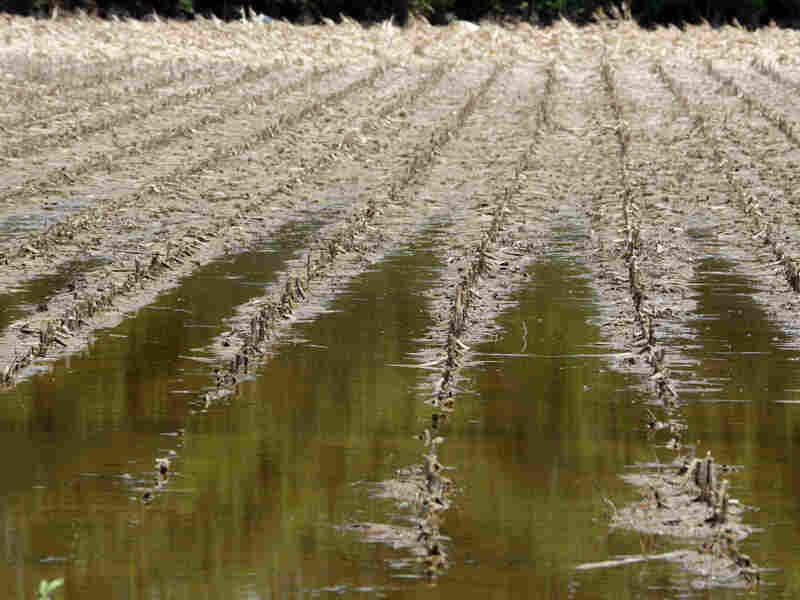 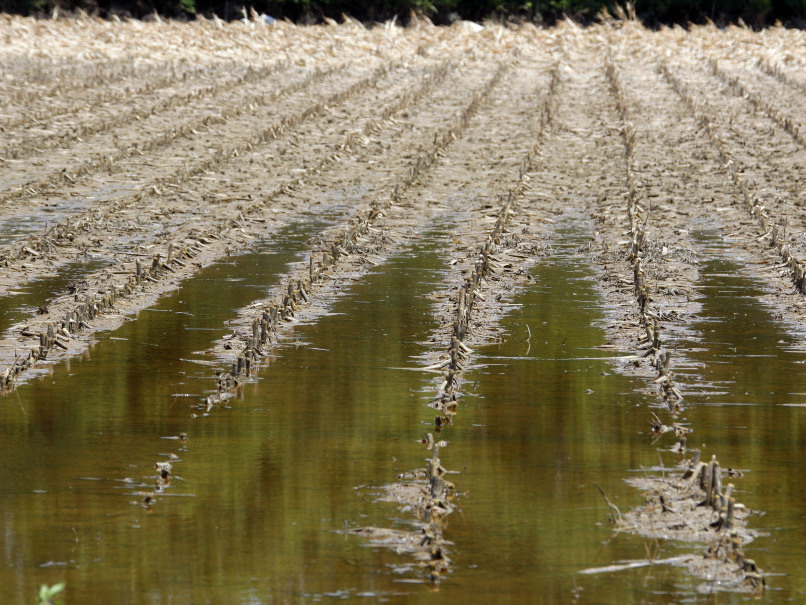 Throughout April and May, U.S. farmers faced floods, tornadoes, downpours and droughts — all of which made planting difficult. Now in June, intense heat has been sweeping over much of the country.

The harsh weather likely will reduce the fall's harvest, according to a new report from the U.S. Department of Agriculture. That, in turn, could further drive up grocery prices for consumers.

"Farmers had everything thrown at them" by Mother Nature this spring, USDA economist Gerald Bange said. "Excessive rains led to planting delays, and then some of what was already planted actually got flooded."

The violent storms and persistent rains were especially challenging for Midwestern farmers who needed to get their corn crops planted by mid-May to maximize the harvest, Bange said.

The USDA has reduced its June estimate of planted corn acres by 1.5 million acres, down from its March "planting intentions" survey to 90.7 million acres. That means U.S. farmers are on track to produce 13.2 billion bushels this year, down 305 million bushels from the May estimate.

Bange said the harvest should be a record, but still will be too small to meet the record demand. "We are seeing very, very strong demand for corn for bio-energy, livestock feed input and export," he said.

Prices have been shooting up along with the surging demand. The cash price of a bushel is now at $7.75, up from $3.20 at this time last year. Some analysts expect the price to keep climbing to $9. 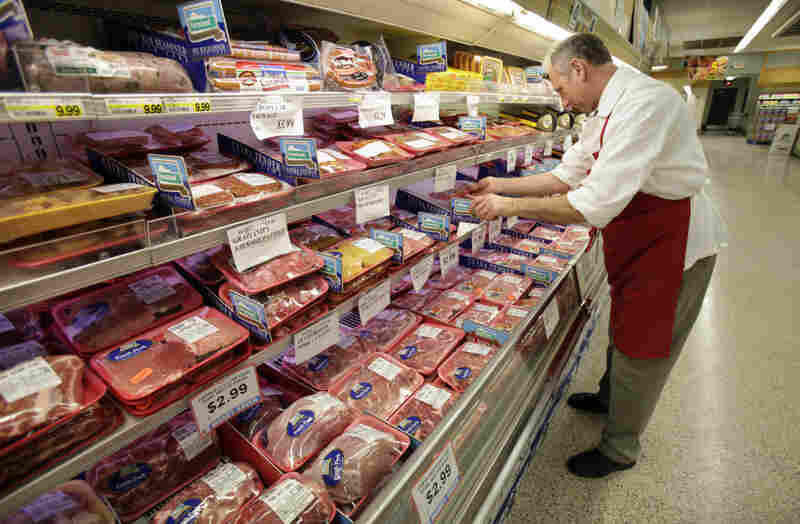 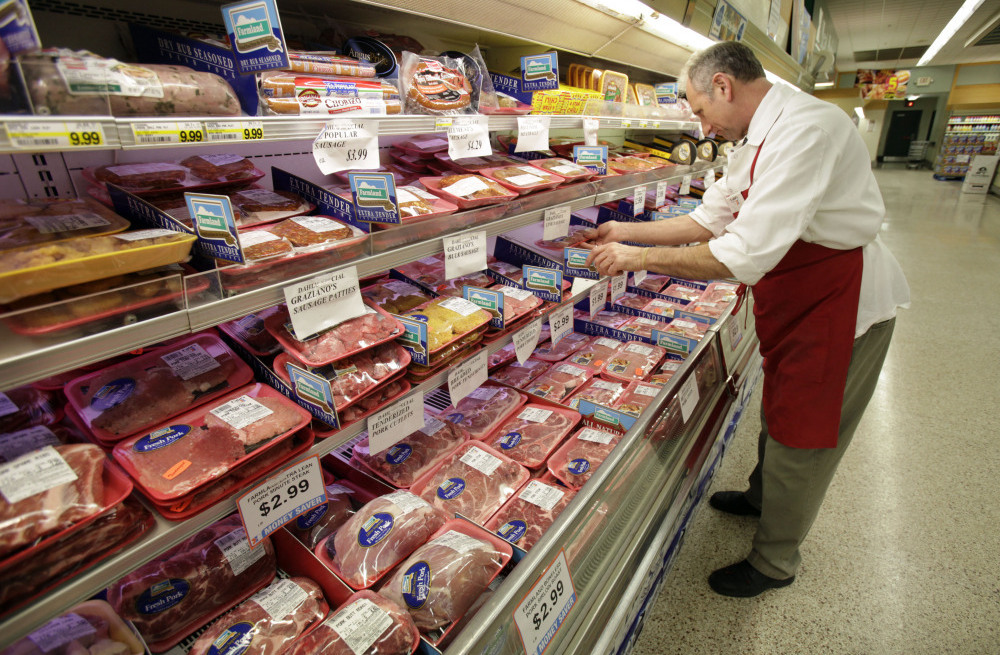 All of that could have a big — and bad — impact on consumers. Economists are predicting meat prices will rise 7 percent this year. And that would hurt consumers, who already have seen the average price per pound of beef rise 8 percent over the past year, according to data compiled by the National Cattlemen's Beef Association.

The problem of rising prices is not confined to corn-fed beef. In fact, most food prices are trending up. This past week, the American Farm Bureau Federation released its spring Market Basket survey of 16 common food items purchased at supermarkets. It found that on average, prices were 8 percent higher than one year ago.

But Bange noted that food price increases reflect much more than just the Midwestern flooding and the Southwestern drought. The trend toward higher prices has been in place for months — and is a global phenomenon.

A United Nations report issued last week showed that global food prices have been unusually high this year. The U.N.'s global price index for meat hit a record high in May. The U.N. blamed bad weather, high oil prices, the earthquake and tsunami in Japan, and export policies that restrict the flow of food.

But the single biggest factor is soaring demand for food as the world gets more crowded. Inventories of food stocks of all sorts are quite low all over the world, according to Ben Grossman-Cohen, a spokesman for Oxfam America, an international relief and development organization.

The tight inventories keep prices high, making it hard for poor people to eat. "About a billion people go hungry every day because they can't afford to grow or buy enough food," he said.

On June 22-23, the agriculture ministers of the so-called G-20 — a group of the world's biggest countries — will meet in Paris to discuss food issues. They are planning to launch an initiative called the "Agriculture Market Information System." This system would push countries to more honestly report on agriculture. For example, China has always been secretive about its stocks of food. So if China signs on, it would start to release more data about its food inventories and consumption.

The agriculture ministers say transparency is important. If countries had a clearer idea of what crops were being planted and how they were coming along, then officials could respond more quickly in a coordinated way whenever they see food shortages developing. More crop information also would cut down on price speculation.