Accessibility links
First Listen: Kate Bush, 'Director's Cut' The reclusive British star is one of pop's great perfectionists. On her first album in six years, Bush revisits — and re-records — some of her material from the late '80s and early '90s. Listen to Director's Cut in its entirety until its U.S. release. 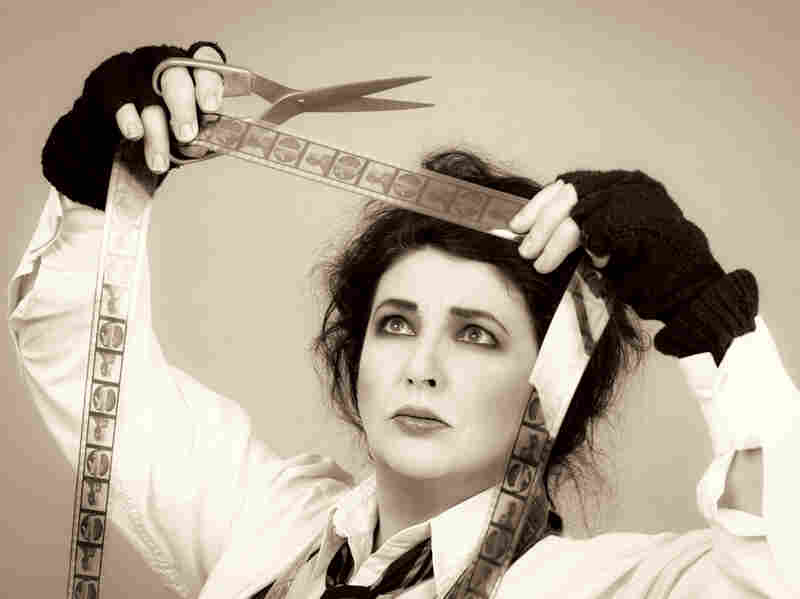 British singer Kate Bush acts out the title to her new album, Director's Cut. Courtesy of the artist hide caption 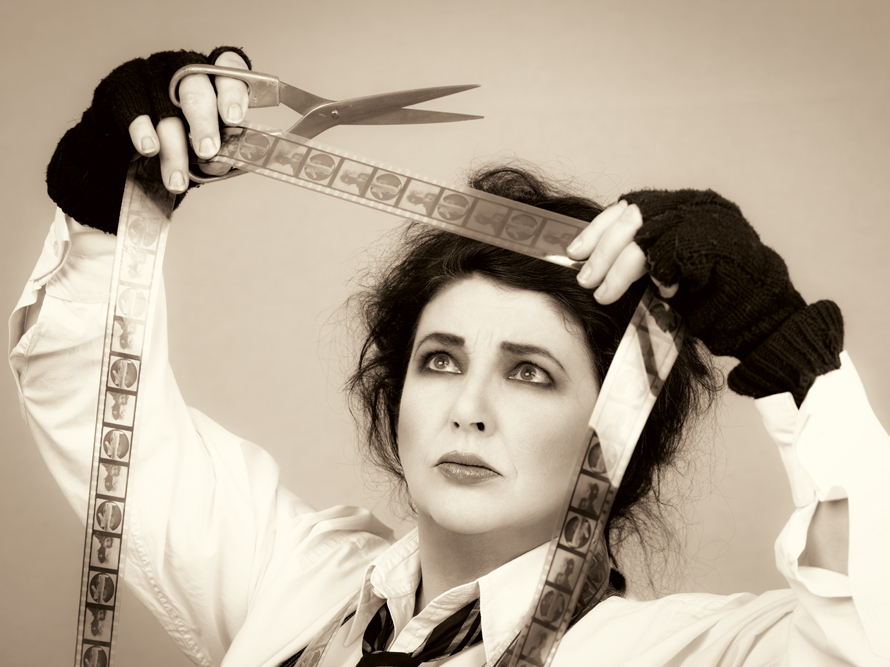 I've long thought that platinum-selling pop star Kate Bush could do no wrong. Turns out, she disagrees with me.

Bush is best known for her canonized 1985 album Hounds of Love. It's tempting to call that record a turning point in pop: It's as weird as it is catchy, as intelligent as it is danceable. And it's only gotten better with age.

Four years after Hounds of Love, Bush released The Sensual World, on which the uncompromising singer did something out of character: She compromised. The album's title track was conceived as a distilled version of Molly Bloom's soliloquy from James Joyce's Ulysses. (If you're like me and just couldn't make it to the end of Ulysses, you may remember the passage from Sally Kellerman's impassioned reading in the Rodney Dangerfield movie Back to School.) When Bush approached the Joyce estate about using actual passages from the book, the estate declined, leaving Bush to paraphrase the text as best she could. (So Dangerfield got the thumbs up, and Bush didn't? Who says the man didn't get any respect?)

In the eyes of fans, The Sensual World hardly suffered from the limitation, but "good enough" never sat right with Bush. So, more than 20 years later, she asked again — and this time got the answer she was looking for.

The opportunity to remake the song motivated Bush to tinker with other entries in her discography. The result is Director's Cut, a collection of 11 revamped songs that made their first appearances on The Sensual World and 1993's The Red Shoes. With new words and vocals, "The Sensual World" has been re-christened "Flower of the Mountain." Bush re-recorded all of her vocals and the drums, but left most of the other instrumentation untouched, including Eric Clapton's guitar in "And So Is Love." (Okay, so she's made a few mistakes here and there.)

For those familiar only with Hounds of Love, Director's Cut is bound to open eyes. It's less energetic, hardly danceable, and it at times resembles the work of Bush's duet partner Peter Gabriel. But give the songs time. Let Bush's songwriting sink in. Just like her, you'll find yourself wanting to return to them.