Accessibility links
When A Gay Judge Rules On Gay Rights Opponents of gay marriage are challenging notions of judicial neutrality in a San Francisco courtroom on Monday. They're arguing that a federal judge who struck down California's ban on same-sex marriage last year was biased because he's in a same-sex relationship. 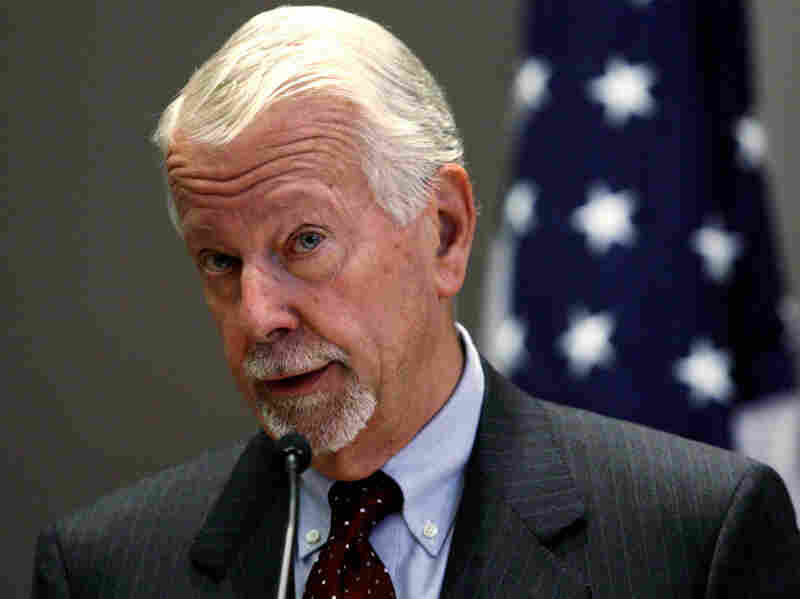 Supporters of Proposition 8 say Judge Vaughn Walker had a vested interest in his own decision striking down the measure. Elaine Thompson/AP hide caption 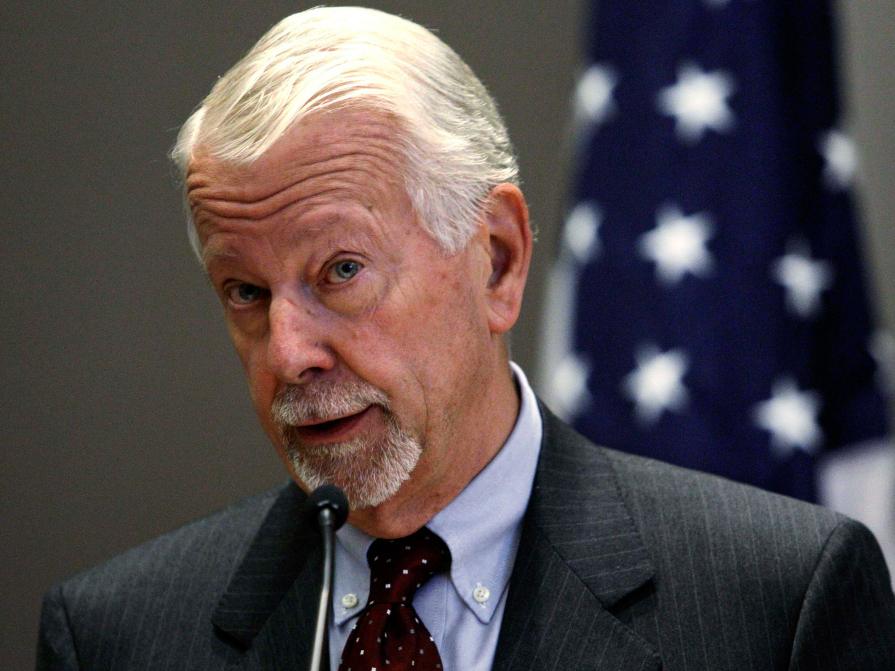 Supporters of Proposition 8 say Judge Vaughn Walker had a vested interest in his own decision striking down the measure.

Opponents of gay marriage are challenging notions of judicial neutrality in a San Francisco courtroom on Monday. They're arguing that a federal judge who struck down California's ban on same sex marriage last year was biased because he's in a same-sex relationship.

As the trial challenging California's Proposition 8 got under way last year, news reports began circulating that the federal judge overseeing the case was gay. It never came up during the proceedings, but a few months ago, as Judge Vaughn Walker was retiring from the bench, he told reporters he was in a long-term relationship with another man.

"Judge Walker's 10-year same-sex relationship creates this unavoidable impression that he was just not the impartial judge that the law requires," says Andrew Pugno, one of the attorneys defending Proposition 8. Pugno says the issue here isn't Judge Walker's sexual orientation — not exactly — but rather that his relationship left him in the same shoes as two same-sex couples who wanted to get married.

"The motion is all about the fundamental principle that a judge really can't sit to hear their own case when they have an interest in the outcome," Pugno says.

In other words, Pugno and his legal team say, Walker had a vested interest in his own decision striking down Proposition 8.

But Kate Kendell, executive director of the National Center for Lesbian Rights, doesn't buy it.

"There is absolutely not one scintilla of evidence that that fact of who he is biased him against the proponents," Kendell says.

Kendell notes that America's entire legal system rests on the idea that judges can keep an open mind and be objective about the issues before them. "We cannot be about assuming that simply because a judge is of a certain sexual orientation, race or gender, he or she is incapable of actually doing the job of a judge," she says.

Attorney Ray Marshall, a former chairman of the California Bar Association, fought for more diversity in the legal profession and on the bench. Those changes would be undermined, he says, by disqualifying a judge based on sexual orientation.

Marshall notes that one of the landmark cases in civil rights history — Brown v. the Board of Education desegregating public schools in the 1950s — was decided unanimously by an all-white Supreme Court.

"The presumption was that of course nine judges — all white men — will read the Constitution and make the decision fairly," Marshall says.

If we begin to challenge gay and lesbian judges based on their sexual orientation, says University of California Hastings Law School Professor Rory Little, you'd have to treat straight judges, black judges and female judges the same way.

And, Little says, there's not much case law to support this kind of challenge.

"It begins to look like an act of desperation. Rather than fighting the case on the merits, they're looking for procedural reasons to challenge it," Little says.

That said, Little and other legal scholars who think this challenge to the Proposition 8 decision has no merit also think the judge could have avoided these questions.

Deborah Rhode, director of the Center on the Legal Profession at Stanford University's Law School, says, "It would have served everyone's interest if Judge Walker had made disclosures at an earlier point.

"I think he might have anticipated that this would muddy the water," she says.