Accessibility links
Kathryn Tucker Windham's Life Was Quite A Story The author died Sunday at age 93 in her home in Selma, Ala. Windham wrote a series of books about Jeffrey, the ghost who shared her house, and aired commentaries for NPR on Southern life. She also witnessed the worst in her state during the violent opposition to desegregation. 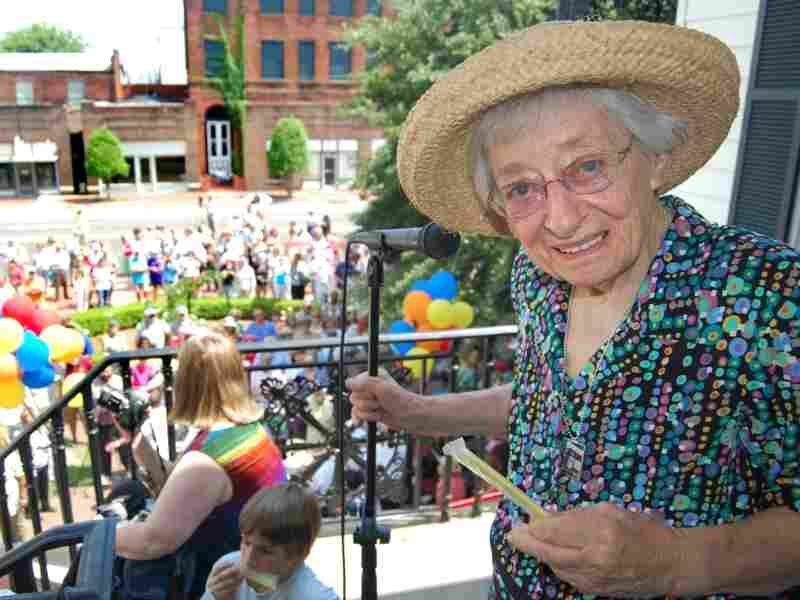 Alabama storyteller and author Kathryn Tucker Windham celebrated her 90th birthday on June 1, 2008, outside the Selma-Dallas County Library in Selma, Ala. She died Sunday. She was 93. Alvin Benn/AP hide caption 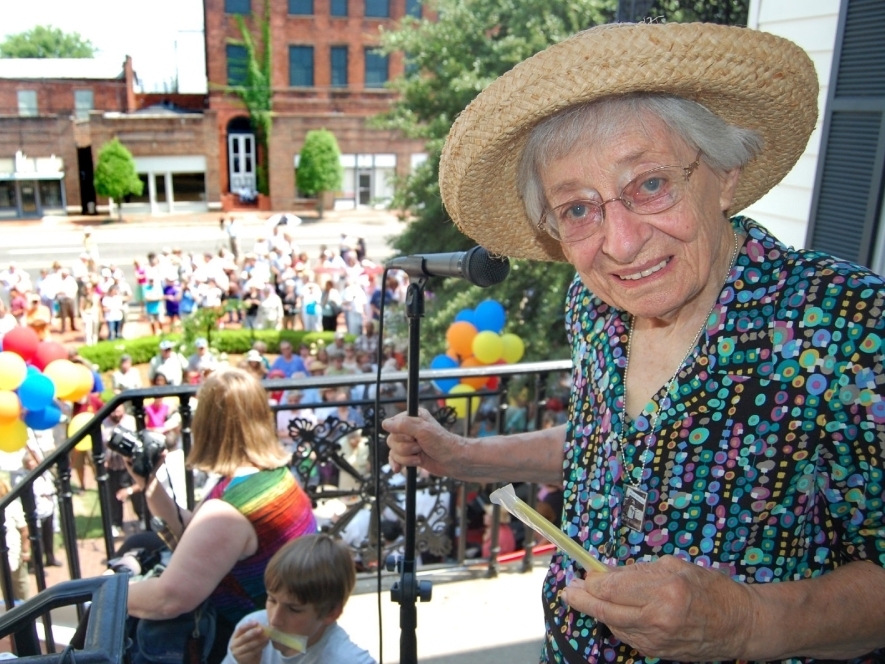 Alabama storyteller and author Kathryn Tucker Windham celebrated her 90th birthday on June 1, 2008, outside the Selma-Dallas County Library in Selma, Ala. She died Sunday. She was 93.

There was nothing better than sitting on the porch or in the garden or even in the cemetery with Kathryn Tucker Windham.

"I like cemeteries," she said in a 1987 commentary on NPR's All Things Considered. "I like to wander around in them and admire the craftsmanship of the stone masons and read the epitaphs and wonder about the people who are buried there."

Ms. Windham died Sunday at the age of 93 at her home in Selma, Ala.

I remember sitting beneath a sprawling oak tree at a Selma cemetery, trying to tap just a little bit of the wisdom of Kathryn Tucker Windham. She started her trail-blazing career as a police reporter for a Montgomery newspaper in 1940.

Windham witnessed the worst in her state during the violent opposition to desegregation. She maintained relationships on all sides, never losing faith that a child-like sense of awe and adventure could bring people together.

Sounds of the Morning

She wrote a whole series of books about Jeffrey, the ghost who shared her house in Selma. Her stories were the stuff of Southern folklore, with an underlying lesson for today.

In a commentary called "Listening to the Sounds of the Morning" in 1986, Windham told of the false dawn.

"The birds in the swamp wake up and they'd begin to sing, the red bird sings first then all the birds sing and the whole swamp is filled with music. And then it gets very dark again, and there's absolute silence there. And then the real dawn comes and they sing again."

We first met when I was still in college, and working at public radio station WUAL in Tuscaloosa, where she would come to record her national commentaries. I was always fascinated by her garden hats.

When I saw her for the last time, in the spring of 2010, she once again impressed me with her hat. But this time she was making one with twigs and a giant cowcumber magnolia leaf. She was on an outing in Alabama's red clay hills with famed Harvard biologist E.O. Wilson. It was the first time they'd met and she told the entomologist that she'd dreamed of ants the night before.

Windham was dear friends with Nelle Harper Lee, the media-shy author of To Kill a Mockingbird. And no matter how many times I asked her to help me get an interview, the answer was always no — loyal to her friend to the end. 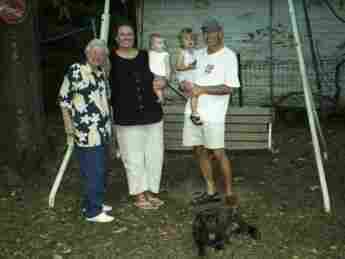 I took my family to meet Ms. Windham at her home back in 2004. She taught my toddlers how to make a paper drinking straw wrapper come alive and slither like a snake with drops of water. And we toured her garden, where, in the shed, she kept the custom-made pine coffin she will be buried in this week.

A few weeks after that visit, Kathryn Tucker Windham was inducted into the Alabama Academy of Honor — 100 people considered to represent the best of the state. And instead of striking up a band of kazoos and combs, as she was known to do, Ms. Windham took the state's leaders to task.

"I look out at this group today," she said. "God has blessed us so richly. And I'm ashamed that we have not used those blessings ... to do more to improve the lives of our fellow Alabama citizens."

This Alabamian, for one, is blessed to have known Kathryn Tucker Windham.