Accessibility links
A Night At The Opera (On The Silver Screen) Senso, a 1954 Italian political melodrama, and Two Sisters From Boston, a 1946 Hollywood comedy, couldn't be more different — except they're both set at the opera. Classical music critic Lloyd Schwartz says he loves them both. 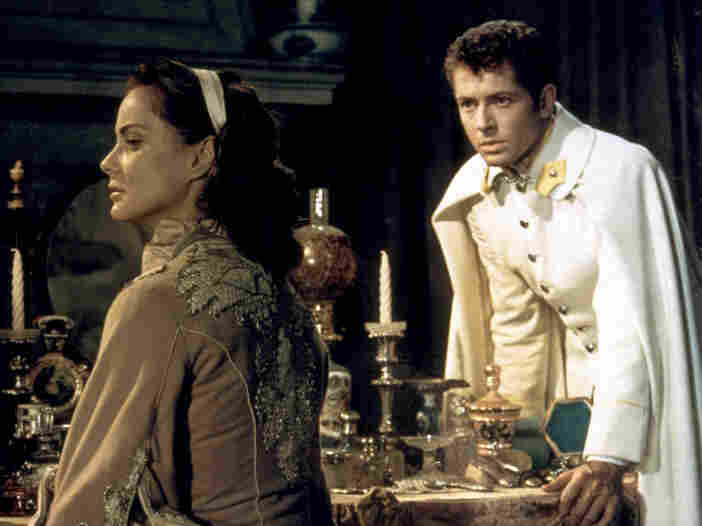 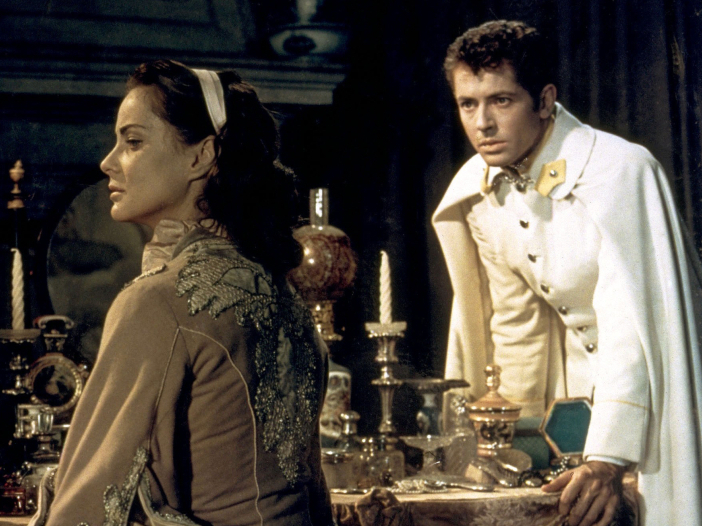 The Italian film director Luchino Visconti was also an opera director, most famously working with Maria Callas in some of her greatest roles. His version of Mozart's The Marriage of Figaro was one of the most memorable and realistic opera productions I ever saw.

His 1954 film Senso, finally on DVD, actually begins at the opera house in Venice, near the end of the Austrian occupation in the 1860s. It's the climax of Verdi's Il Trovatore. The famous tenor battle cry is sung directly to the audience, with brandished sword, and is a cue to protest the occupation. 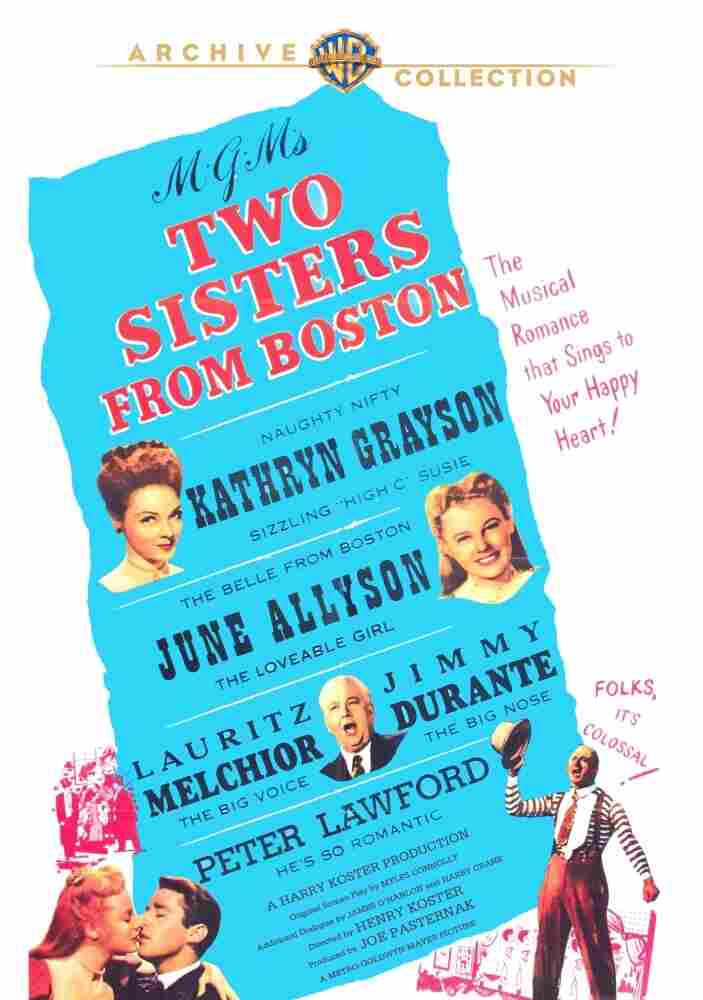 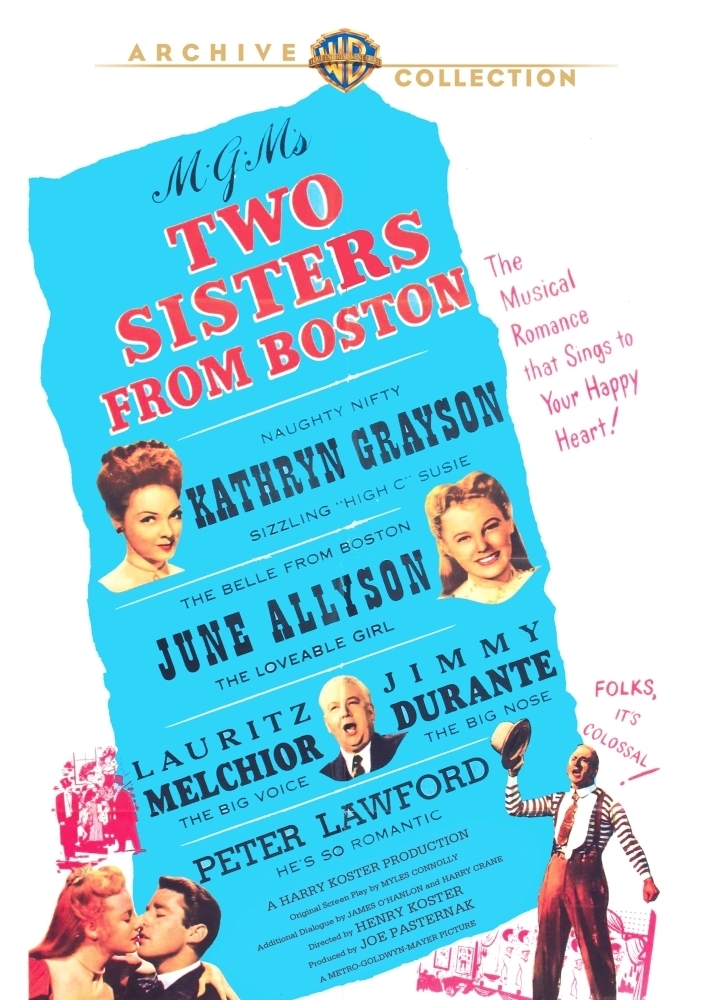 The Italian actress Alida Valli — who is probably best known for her moving performance as Orson Welles' lover in The Third Man -- plays an Italian countess sympathetic to the protest. Early in Senso, she says to a smug Austrian officer (played by the late Farley Granger, who has just had a nasty argument with Valli's revolutionary cousin) that she doesn't believe people's lives should be operatic. But she's about to be overwhelmed by a passion for Granger that will lead her to betray her cousin and all the fighters for an independent and unified Italy.

Visconti's mysteriously ambiguous title, Senso, means "sense," as in the five senses, sensation, sensuality or even common sense. In other words, the countess' life becomes like an opera, and opera itself becomes a metaphor for all intense human emotion. Visconti's painful and riveting film even ends with a mad scene.

Almost the complete opposite of Senso, but even more directly about opera, is a featherweight MGM musical farce from 1946 called Two Sisters From Boston. It too is a period piece, taking place early in the 20th century. The late Kathryn Grayson plays a young woman desperate to become an opera singer. She leaves her snobbish Boston family and, to pay for her singing lessons, gets a job in a seedy New York nightclub run by Jimmy Durante. Grayson's efforts to break into an opera by sneaking on stage during a performance are hilarious, but the real star of the film is the great Danish Wagnerian tenor Lauritz Melchior, who, after he retired from the opera stage, proved to be a delightful comic actor in Hollywood movies. This is his second film, and he plays an opera star upstaged and enraged by Grayson's clumsy onstage intrusions. He has a devoted pet terrier, Tristan, named after one of his greatest roles; the dog follows him everywhere, even into a recording studio.

My favorite scene depicts an early recording session. Melchior is reluctantly recording the "Prize Song" from Wagner's Die Meistersinger. He sings into a horn, while someone adjusts his volume by pulling him by the lapels closer to or pushing him further away from the horn. When Melchior stops, a bunch of violinists rush forward to play. The punch line of the scene comes when the recording is played back. When little Tristan jumps onto the table and stares into the horn, someone exclaims: "His master's voice." Everything in the movie suddenly seems a setup for this re-creation of the famous logo of the Victor Talking Machine Company.

I love the way Visconti takes opera seriously — and the way Hollywood doesn't. Together, these two films present something close to the full range of what opera can be.