Accessibility links
Italians Wary Of Chinese On Their Turf The Italian town of Prato is home to the largest concentration of Chinese residents in Europe. In this textile center, the Chinese have created a parallel, off-the-books economy — hiring illegal workers and selling items at low prices. As their wealth has grown, Italian resentment has spread. 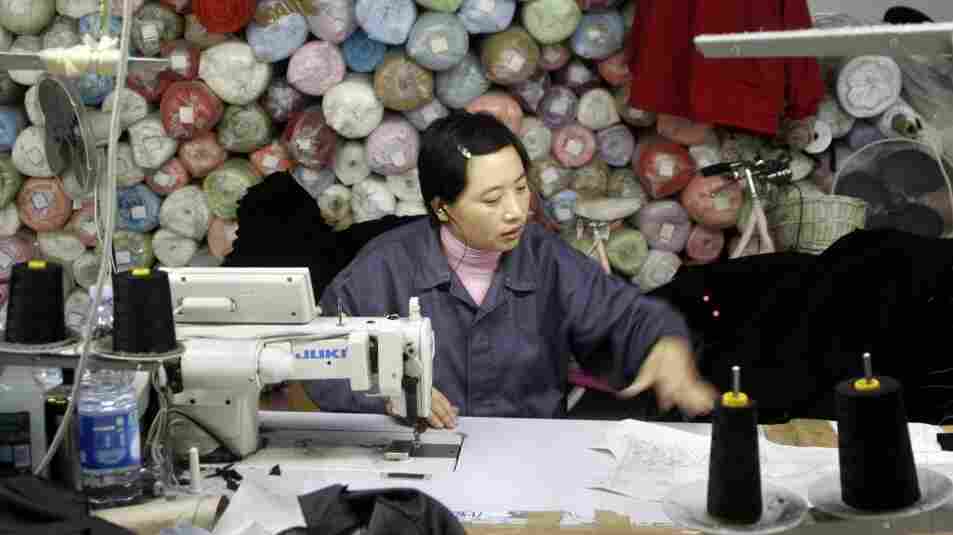 A Chinese employee works in a textile firm in the Macrolotto area in Prato, the biggest textile district in Europe, in 2005. The town has become home to the largest concentration of Chinese residents in Europe — many of whom are not legal. Marco Bulgarelli /Gamma-Rapho via Getty Images hide caption 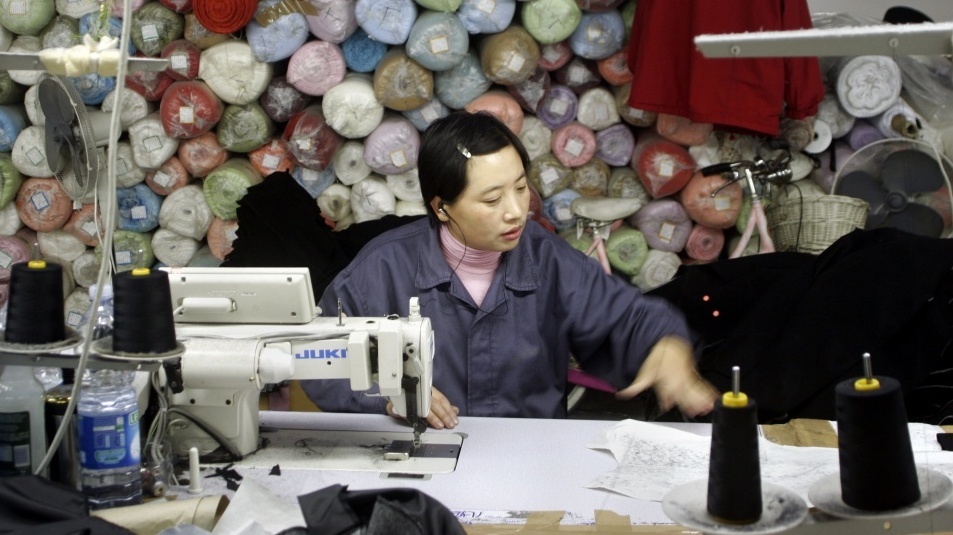 A Chinese employee works in a textile firm in the Macrolotto area in Prato, the biggest textile district in Europe, in 2005. The town has become home to the largest concentration of Chinese residents in Europe — many of whom are not legal.

This month, NPR is examining the many ways China is expanding its reach in the world — through investments, infrastructure, military power and more. In this installment, a tale of two Chinatowns in very different circumstances — one in Italy and another in Lagos, Nigeria.

For more than a thousand years, the Italian town of Prato in the heart of Tuscany has been a textile center synonymous with top-quality craftsmanship.

Now, it has become home to the largest concentration of Chinese residents in Europe.

They have created a parallel, off-the-books economy, raising fears of a growing Chinese foothold in Europe.

On Via Pistoiese, shops are Chinese — hairdresser, hardware store and supermarket. There are few Italians. It's 2 p.m. and all shops are open — there's no time for siesta in Chinatown.

One sign reads, "The sewing expert." Chinese buyers go there for threads, buttons and zippers and sewing machines. The Chinese owner gives his name only in Italian: Giuseppe.

The Chinese in Prato are wary. Authorities say 20,000 are legal, but as many as 30,000 are not. Altogether, that makes the Chinese one-quarter of the local population.

Recent police raids uncovered a string of sweatshops, where illegal workers sleep, eat and work. Paid miserable wages, they sit before sewing machines for up to 18 hours in a row, producing a total of 1 million garment items a day.

The Chinese have made Prato the hub of a new globalized market.

At the Macrolotto industrial park, home of pronto moda — or fast fashion — warehouse after warehouse is filled with racks of low-end, trendy women's garments. There are trucks, vans and cars from all over Europe and the Middle East that have come for the "made in Italy" brand at "made in China" prices.

All business here is done in cash. There are no receipts. A woman leaves a warehouse carrying bags of garments. Her license plate is from Bosnia. Nearby, an Arab man is hurriedly stuffing clothes into his rental car. He says he comes five to eight times a year and sells the goods in Damascus, Syria. 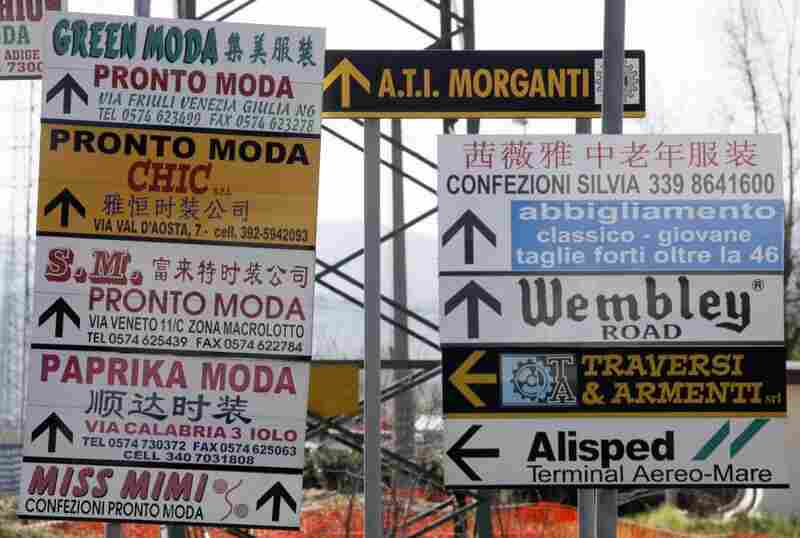 At Julywei and King, hundreds of metal racks are filled with clothes. There are no brand labels, just one tag with the status symbol words "a real product made in Italy," even though all of the fabric comes from China.

Alex King, 26, says Prato is ideally located in the center of Europe. This business, he says, needs no advertising. It flourishes thanks to an international grapevine.

"They used to buy in China, but they get easier to buy from here because, first, it's near, and, second, they get [the] color they want. Because in China, they have to get a lot of quantity — here, they take what they like, ready stuff. They don't have to order," he says.

Here, a pair of linen pants goes for 8.5 euros, about $10; a woman's top for 4 euros. Despite such low prices, turnover of some 5,000 small companies is estimated at 2 billion euros a year — thanks to "made in China" fabrics and low-cost illegal workers.

Hardly any of these companies, Italian authorities say, pay taxes — a habit learned from their Italian counterparts.

Because the Chinese-owned fast-fashion business does not compete with high-end textile companies, the separate Chinese economy was more or less ignored for years. 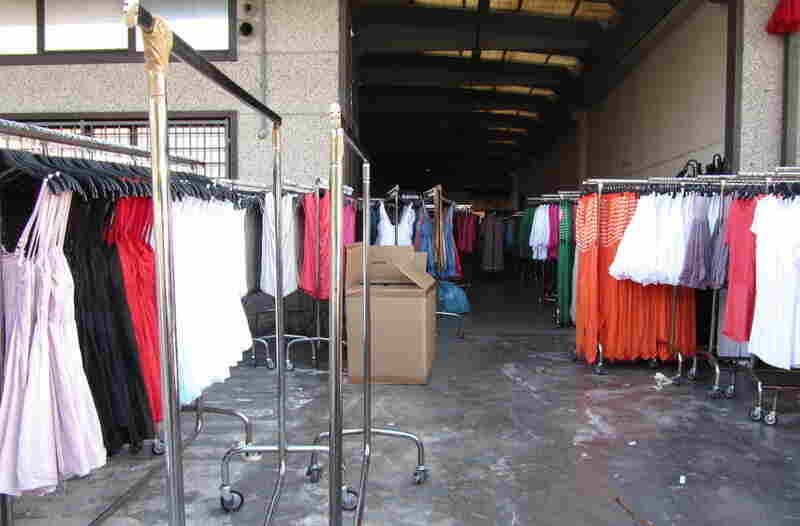 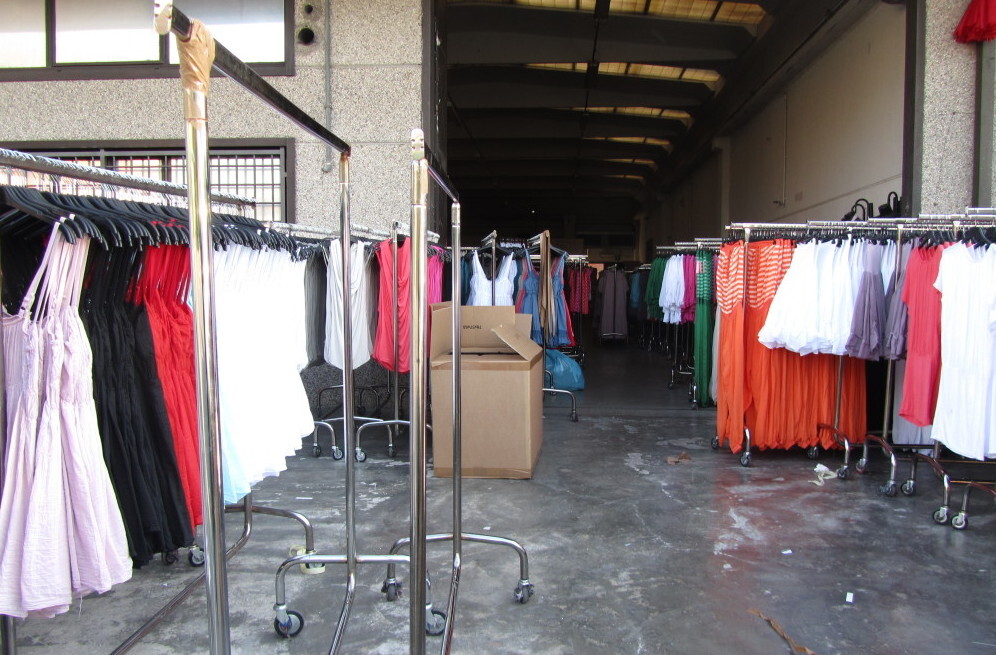 At the Macrolotto industrial park, home of pronto moda — or fast fashion — warehouse after warehouse is filled with racks of low-end, trendy women's garments.

But while the Chinese flourished, the number of Prato textile companies dropped from 7,000 to 4,000 in just one decade.

At a convention of Prato business leaders at a local hotel, guests include the deputy Chinese consul, Yang Han. He is critical of police raids on Chinese workshops. He calls for a more gradual approach to allow Chinese businessmen to learn Italian laws.

"The Chinese government very closely follows its immigrants abroad, who are an important part of our homeland," he says. "They're hard workers with good intentions. They go abroad to get good work, to earn well and to better enjoy life."

But no Chinese businessman was invited to discuss Prato's economic future. The overriding Italian fear is that the Chinese will expand and apply their winning methods to other, more sophisticated sectors of the "made in Italy" economy.