Accessibility links
Punch Brothers: Newport Folk 2010 When Nickel Creek broke up in 2006, it was only a matter of time before the massively popular bluegrass band would spin off into new projects. Hear Chris Thile's band play live in Newport, R.I. 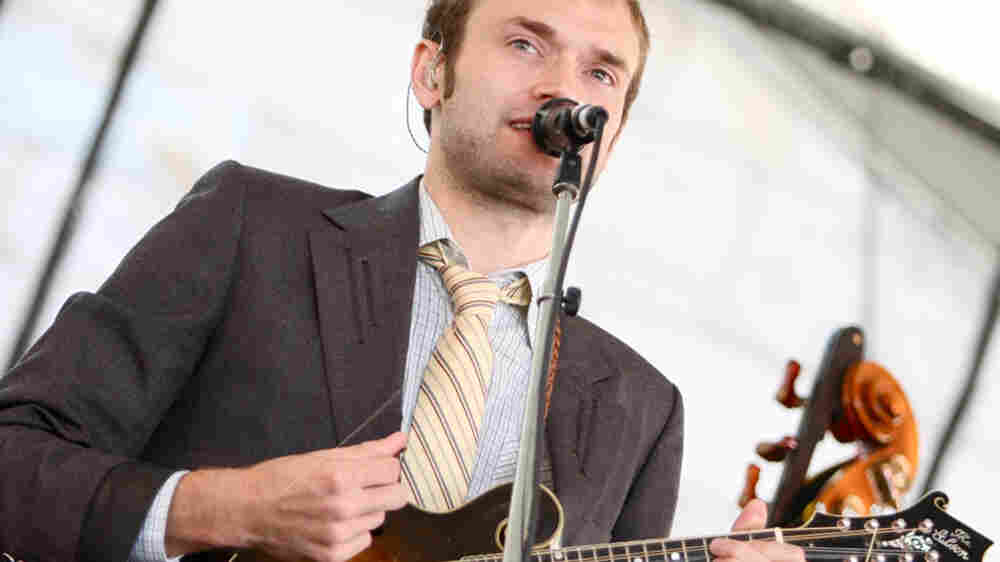 When Nickel Creek broke up in 2006, it was only a matter of time before the massively popular bluegrass band would spin off into new projects. Among the most prominent is singer-mandolinist Chris Thile's creatively ambitious Punch Brothers, whose recordings have already included a 40-minute suite called "The Blind Leaving the Blind." Less than two months after performing at Bonnaroo, Thile and Punch Brothers are hitting the Newport Folk Festival in Newport, R.I., wielding new songs from an album titled Antifogmatic.