Accessibility links
Why The War Powers Act Doesn't Work Once again, members of Congress are angry that a president hasn't consulted them before engaging the military overseas. Once again, it doesn't appear likely there's much they can do about it.

It's a fight Congress can't seem to win.

Once again, members of Congress are upset that a president hasn't consulted them to their satisfaction on the question of entering into a war. They are now taking several steps to express their frustration with President Obama about his handling of the bombing campaign in Libya.

On Wednesday, 10 House members filed a lawsuit designed to block the Obama administration from further participation in the war. Along with numerous other members of Congress, including Republican House Speaker John Boehner of Ohio, they say Obama is in violation of the War Powers Act. 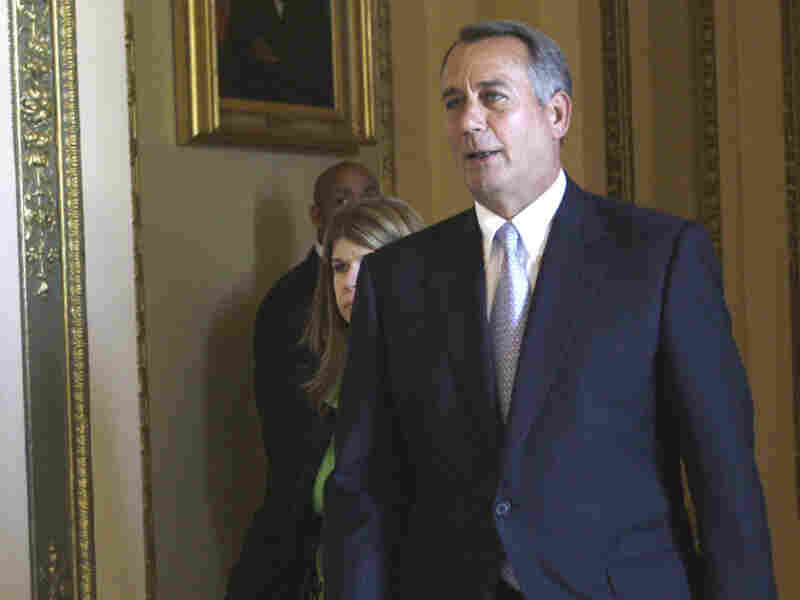 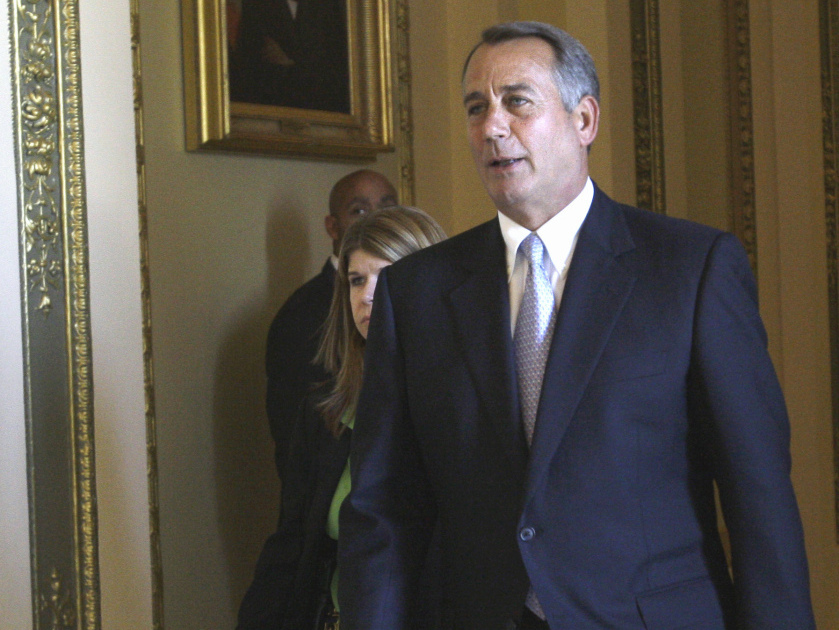 The 1973 law was meant to prevent presidents from sustaining wars without congressional approval. But no one thinks the lawsuit will succeed. And the War Powers Act has never been successfully employed to end any military mission.

"The War Powers resolution really does not work," says former Rep. Lee Hamilton (D-IN), who co-chaired the Iraq Study Group and the 9/11 Commission.

Instead, the War Powers Act has largely been used as it's being used now — as a political tool that allows Congress to criticize a president about the prosecution of a war.

"The rhetoric is sadly familiar," says Gordon Adams, a foreign policy professor at American University. "It just flips by party, depending on who's deploying the troops."

The law was passed over the veto of President Richard M. Nixon. The intention was to prevent America from entering into protracted military engagements, as Vietnam had become, without the approval of Congress.

The president has 60 days to seek formal approval from Congress after engaging in hostilities, with the possibility of a 30-day extension. "When the United States makes a decision to go to war, it ought not to be made by one person," says Hamilton, who was chairman of the House Foreign Affairs Committee from 1993 to 1995.

The U.S. has engaged in dozens of military actions abroad, but Congress has declared war formally only a handful of times.

But, as Hamilton notes, no president has accepted the constitutionality of the War Powers Act, viewing it as a violation of the separation of powers and the president's authority as commander in chief.

In 2000, the Supreme Court turned back a challenge brought by a group of 31 members of Congress who complained that U.S. participation in a bombing campaign in Yugoslavia violated the act.

"There's a long pattern of members going to court on War Powers cases," says Louis Fisher, a constitutional scholar who retired last year after 40 years as an adviser to Congress.

"Ninety-five percent of the time, courts say, 'Thirty of you are saying the president violated the law, 30 others in an amicus brief are saying he didn't. We're not going to get involved,' " Fisher says.

As a result, the debate over violations of the War Powers Act has devolved into a distraction. Hamilton says the law's intent was valid and that "Congress ought to hold the administration's feet to the fire with regard to Libya."

But he argues that the 1973 law has become a "political tool that allows members of Congress to dodge taking a position on the intervention itself. As is often the case, they argue the process rather than the substance."

Both the Republican and Democratic congressional caucuses are divided about Libya. Some would prefer a more concerted effort to target Libyan leader Moammar Gadhafi, while others worry about an expansion of the mission from protecting civilians to seeking regime change.

As a result, it's difficult for Congress to speak with one voice in its battle with Obama. On June 3, the House approved a resolution criticizing the president for not providing a "compelling rationale" for the Libya campaign, but turned back legislation that would have pulled out U.S. forces within 15 days.

Both Hamilton and Adams say the War Powers Act is being used primarily as a political cudgel against Obama.

"Is the War Powers Act about protecting the power of Congress relative to the president, or about the two political parties?" asks Noah Feldman, a professor of international law at Harvard University.

Everyone in Congress wants to protect Congress, but they also want to protect the president of their party.

While some members of Congress may use the law to criticize the president for political reasons, others will defend a president of their own party — even those who had invoked the War Powers Act the last time the other party held the White House.

"It doesn't matter if you're [George W.] Bush or Obama, you want more power in the White House," Feldman says. "Everyone in Congress wants to protect Congress, but they also want to protect the president of their party."

Power Of The Purse

As a result, Congress never manages to speak with one voice and insist en masse to the courts that a president is in violation of the War Powers Act.

Congress can ultimately express its displeasure about a war by cutting off funds. But with the defense budget so large, the Libyan effort is being handled out of petty cash. A White House report Wednesday said the campaign had cost $715 million so far, with the total rising to $1.1 billion by early September.

"They're taking the money out of operating costs," Feldman says. "Because we have wars going on elsewhere, Congress isn't going to take away funds for troops elsewhere, so when the administration comes back and says we need to make up the funds for Afghanistan and Iraq, it's going to be hard for Congress to say no."

Not Really A War?

Faced with warnings about the 90-day deadline under the War Powers Act expiring Friday, the Obama administration sent Congress a report Wednesday arguing that the law does not apply because U.S. military operations in Libya are "distinct from the kind of 'hostilities' contemplated by the resolution's 60-day term."

The administration's argument is that NATO is in charge and there aren't any U.S. ground troops in Libya, so therefore the U.S. is not at war in the sense covered by the law. "We are in no way putting into question the constitutionality of the War Powers resolution," Ben Rhodes, the deputy national security adviser, said Wednesday in a conference call with reporters.

This is the sort of response that administrations typically reach for in trying to avoid a direct challenge to the law, while also avoiding adhering too faithfully to its requirements, says Glenn Antizzo, a political scientist at Mississippi College.

The dance both sides are doing does little to clarify exactly what deference the executive branch owes to Congress in military matters.

"Again and again, you try to find some credible way to at least request that the executive branch honors the War Powers Act," says Anthony Cordesman, a former Senate aide who is now a national security analyst at the Center for Strategic & International Studies. "Again and again, you back away and weaken Congress."