Accessibility links
Movie Review - 'Page One' - The 'Times,' A-Changing On All Fronts Andrew Rossi spent a year at The New York Times following reporters old and young, and walked away with an enticing, insiderish portrayal of a major media institution in flux — a reality show starring the chroniclers of reality. 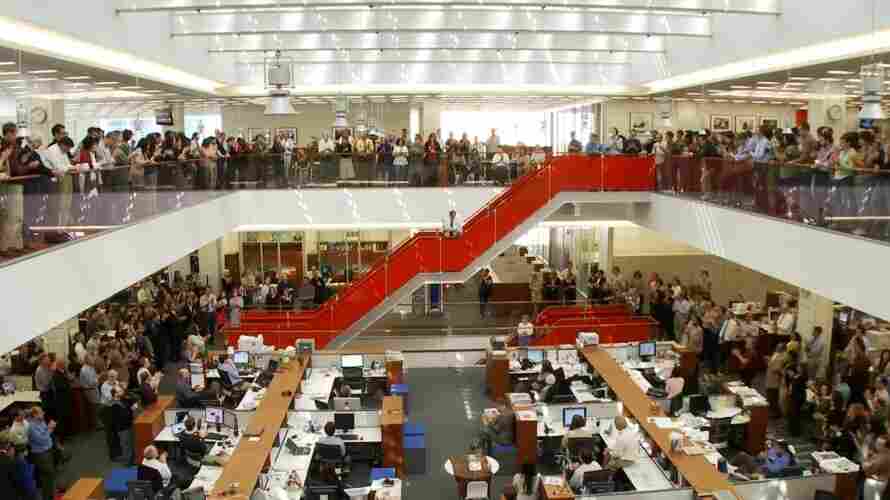 Paper Tigers? Employees of The New York Times occupy a prominent perch in the journalism world — but in the year chronicled in Andrew Rossi's Page One, they and the Gray Lady both face how precarious the heights can be. Magnolia Pictures hide caption

Page One: Inside
The New York Times

Rated R for language including some sexual references

We've all heard the litany: Newsprint is expensive, circulation is down, ad revenues are declining, and bloggers can do everything faster and cheaper. Dead-tree journalism, in short, is on its last legs. Except somehow it staggers on, inspiring the likes of young New York Times reporter Tim Arango to do what generations of reporters have done before him: grab a notebook and fly into a war zone. (In this case, Iraq.)

But Arango, one of several Times staffers profiled in Andrew Rossi's documentary Page One: Inside The New York Times, is basically a youthful take on Old School. The new wave is teen blogger turned Times reporter Brian Stelter, who can't understand why more people in the newsroom aren't using Twitter to the extent he is.

"It drives me nuts," Stelter says. "I'll hear my colleagues talking about a story at noon, [but] I read it on Twitter at midnight. And I'm thinking to myself, 'Why is that allowed? Why are we not on top of the news?' It's 2010." It's unsettling, that kind of energy, for an old-schooler: Times media reporter David Carr, the cranky, battered, downright hammy "star" of Rossi's documentary, confesses to a lingering suspicion that "Stelter [is] a robot assembled in the basement of The New York Times to come and destroy me."

Carr — who, full disclosure, was my editor at the Washington City Paper years ago — is the audience's dyspeptic guide through what the director has fashioned as a kind of New York Times reality show. The year 2010 would have offered drama anywhere in journalism, but at the Times, where more than 100 news staffers were laid off or took buyouts, it went beyond drama to something closer to carnage. As top editor Bill Keller puts it: "I feel, some days, that we should be symbolically wearing bloody butcher's smocks around the newsroom." 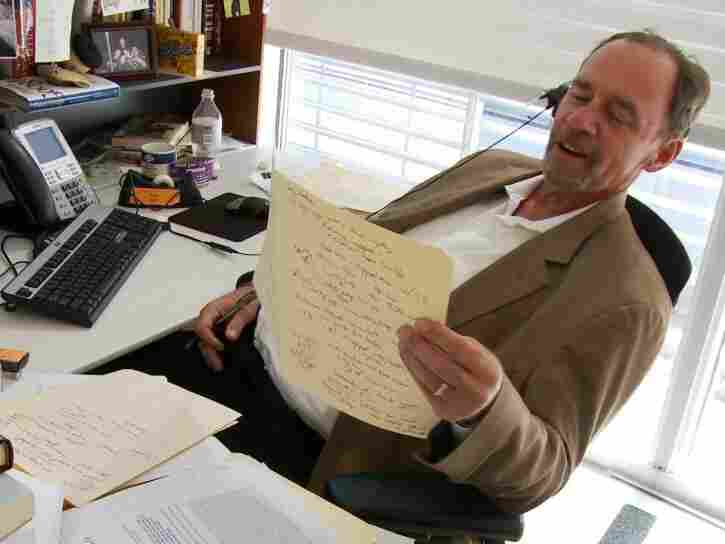 Media reporter David Carr — a Twitter-savvy veteran who exploits the potential of new media tools while staunchly defending the cautious approach of old-school newsgathering — is the showboating center of the documentary. Magnolia Pictures hide caption 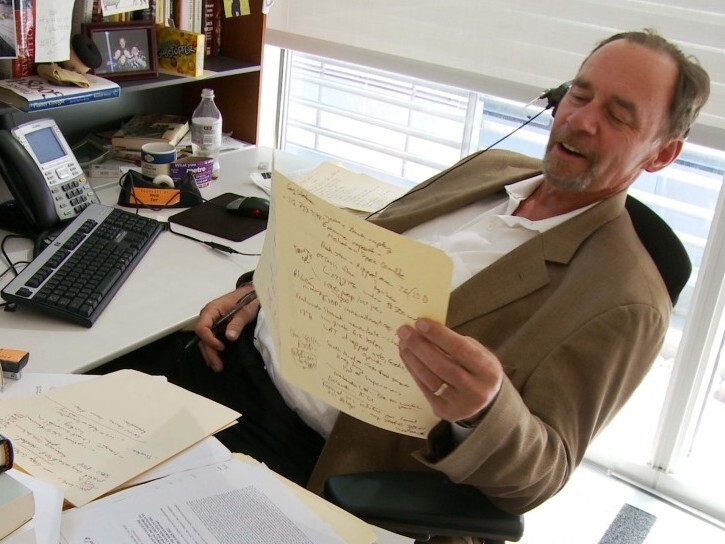 Media reporter David Carr — a Twitter-savvy veteran who exploits the potential of new media tools while staunchly defending the cautious approach of old-school newsgathering — is the showboating center of the documentary.

The other side of the story is the paper's aggressive attempt to stay in a game it once dominated. In 1971, Daniel Ellsberg needed The New York Times to get the Pentagon Papers out to the public. Forty years later, Julian Assange's WikiLeaks doesn't — so in the film, the Times tries to hitch a ride on the story, rather than being the story, by interviewing Assange about his process. As an editor notes, it's two worlds colliding: the old world of expertise, information and privacy, and a new world intent on exploding that model.

Rossi finds lots of ways to illustrate that collision — following Carr as he showboats, snarls about how the Gray Lady still sets the news agenda, and scolds a few Internet interlopers who sneer at old media rules the Times helped invent.

Page One is an insider's view, but if it isn't raking up any muck, it's not a love letter either. It's more a portrait of an institution at a moment of transition, when Page 1 space still qualifies as precious real estate, and the question of whether it'll hang on to that value is — at least for old-school journalists — disconcertingly up in the air.