Accessibility links
Movie Review - Battle For Brooklyn - After A Lawful Land Grab, A Local David Declares War On Goliath When a government-backed megadevelopment threatens to turn his neighborhood into a new skyscraper complex, an activist takes his homeowners rights to the streets. 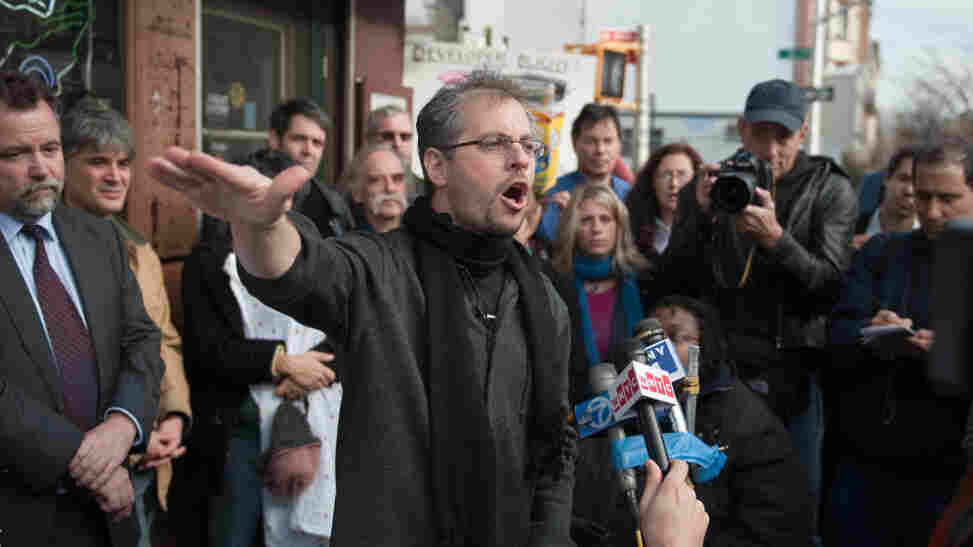 When Brooklyn's Atlantic Yards project was announced some seven years ago, its boosters — who included Mayor Michael Bloomberg, U.S. Sen. Charles Schumer and Borough President Marty Markowitz — touted the scheme's extraordinary potential. But there was nothing unusual about the developer-politician alliance recounted by Battle for Brooklyn. The way this deal went down exemplifies how urban redevelopment is done all over the United States.

Atlantic Yards was conceived by an Ohio development firm, Forest City Ratner, but relied heavily on New York state and city subsidies. The project would encompass 16 skyscrapers and a new arena for the New Jersey Nets; much of it would be built on rail yards owned by the state's Metropolitan Transportation Authority. But the plan also involved acquiring several blocks of private property and — where the owners wouldn't sell — getting the state to use eminent domain: the power to seize private property for the public good.

Why did the developers need so much land? Well, perhaps because everything's bigger in New York. But it's worth noting that Atlantic Yards' designated designer was Frank Gehry, American architecture's prince of wasted space.

Michael Galinsky and Suki Hawley, who co-directed this incisive documentary, have a thing for cranks, die-hards and malcontents. (Their previous movies include Horns and Halos, which charted the wobbly final days of failed Dubya biographer James Hatfield.) So the filmmakers emphasize Daniel Goldstein, a graphic designer who adamantly refused to sell his condo to Forest City Ratner.

Goldstein's reluctance to leave his home turned into a crusade, and his doggedness may alienate some viewers. (It alienated his live-in fiancee, who split during the struggle.) But the activist and his allies raised some significant objections, which is why their cause attracted the support of both the community-organizing left and the private property-revering right.

Goldstein joined New York City Councilmember Letitia James and others — including Shabnam Merchant, who ultimately became Goldstein's romantic partner — to found "Develop Don't Destroy Brooklyn." Like many critics of large urban-redevelopment projects, the opponents rejected the planned complex as too big. But they also argued that competitive bidding for the rail yards might yield a better project. And they opposed using eminent domain as a means of transferring real estate from one private owner to another. 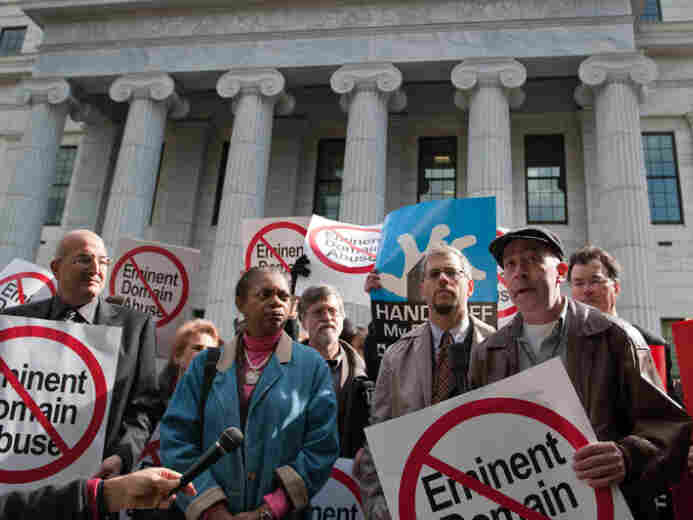 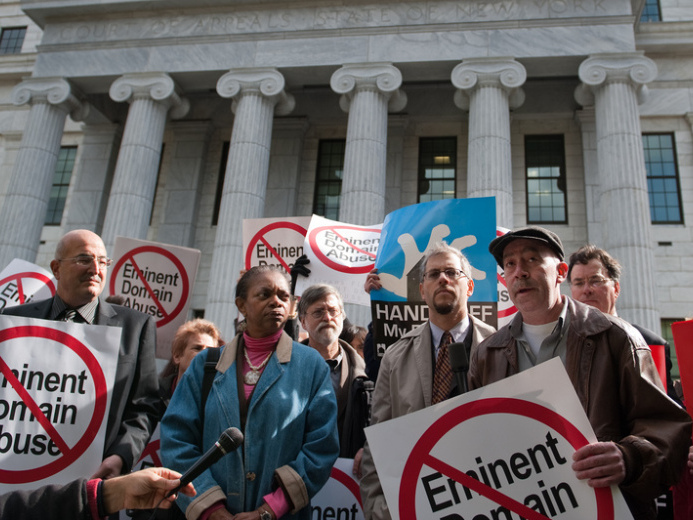 New York's eminent-domain laws allow the state to seize private property for the public good — but members of Develop Don't Destroy Brooklyn aren't sure the Yards project is a net positive.

The challengers won the backing not only of working class-identified local actors Steve Buscemi, Rosie Perez and John Turturro, but also of conservative columnist George F. Will. Aside from hip-hop mogul Jay Z and wife Beyonce, the developer-government bloc didn't attract much celebrity support. But then, it didn't need it. The money men could always buy friendly voices, even funding a local "astroturf" group to promote the project.

Then the 2008 financial crisis intervened, and Atlantic Yards no longer looked viable. (One of the first encumbrances thrown overboard: Frank Gehry.) Did that stop the project? Battle for Brooklyn ends before that question is definitively answered, but the pattern with such redevelopment projects is that officials don't acknowledge many flaws until it's too late.

Galinsky and Hawley live near the project, and their sympathies are clearly with the protesters. But they give the proposed complex's developers their say, dutifully following Bruce Ratner as he tours the neighborhood that he must — as a requirement before invoking eminent domain — get reclassified as "blighted."

The Empire State's eminent domain laws are unusually loose, but most of the rest of this story is pertinent far beyond New York. Change a few names and add the next credit bubble, and a Brooklyn-style Battle could be headed to a neighborhood near you. (Recommended)