Accessibility links
Journalists Navigate New 'Times' In 'Page One' Beginning in 2009, filmmaker Andrew Rossi spent over a year embedded in the The New York Times newsroom. The resulting documentary, Page One, records the paper's struggles to remain relevant in a new media landscape. 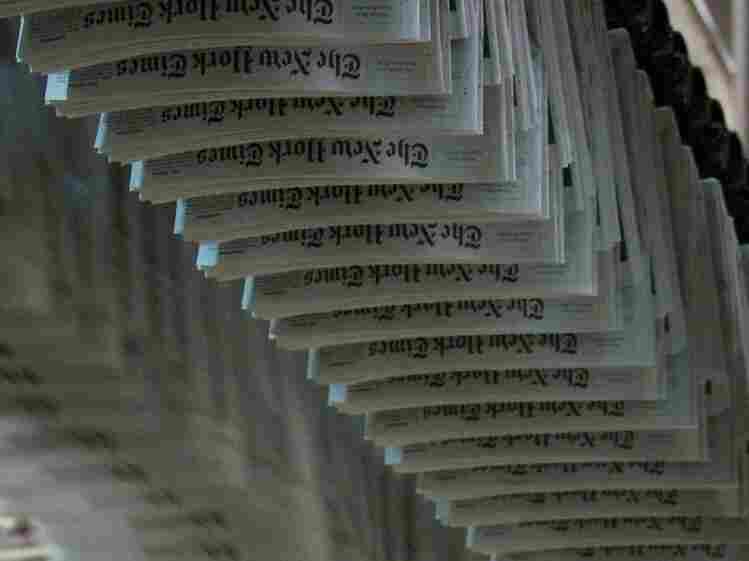 In Page One, Andrew Rossi provides an extended glimpse of The New York Times through the keyhole of its media desk. Magnolia Pictures hide caption 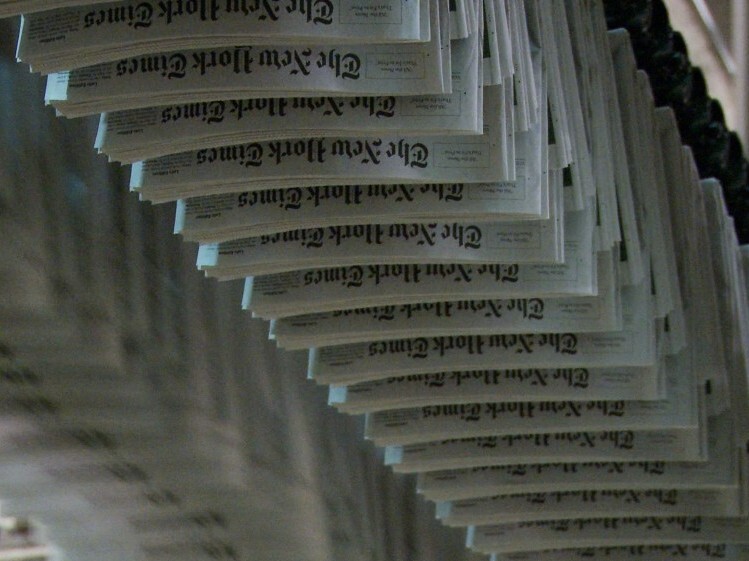 In Page One, Andrew Rossi provides an extended glimpse of The New York Times through the keyhole of its media desk.

Watch Clips from 'Page One'

There was a time when The New York Times was known as a leader in daily news. Today, the new documentary Page One: A Year Inside the New York Times finds that paper struggling to get a footing in the new media landscape.

Beginning in 2009, filmmaker Andrew Rossi spent over a year embedded with the Times' media desk. Rossi tells NPR's Renee Montagne that he was attracted to the "play within a play" quality of shadowing media writers at a time when the paper was renegotiating its place in the media world.

"We're looking at The New York Times really through a sort of keyhole which is the media desk," Rossi says. "It's comprised of 14 journalists all writing on various different aspects of the media landscape. So that's advertising, books, movies [and] the way the Internet is evolving."

For The 'Love Of The Press'

David Carr is one of the four media journalists who take center stage in Rossi's film. He tells Montagne that although he's not the most traditional candidate for employment at the Times — Carr speaks openly about his former drug addiction — he's still extremely devoted to the paper.

"I do have sort of an immigrant's love of the press," Carr says. "Because I'm the media columnist, I end up on these panels and I get sort of excited."

In one scene, the cameras follow Carr to a panel discussion about the value of old media. Carr argues that the Times is fully engaged in the media revolution, citing the more than 17 million people who visit its website each year — but he gets most riled up when defending the paper's print version.

"The New York Times has dozens of bureaus all over the world and we're going to toss that out and kick back and see what Facebook turns up?" he says in the film. "I don't think so." 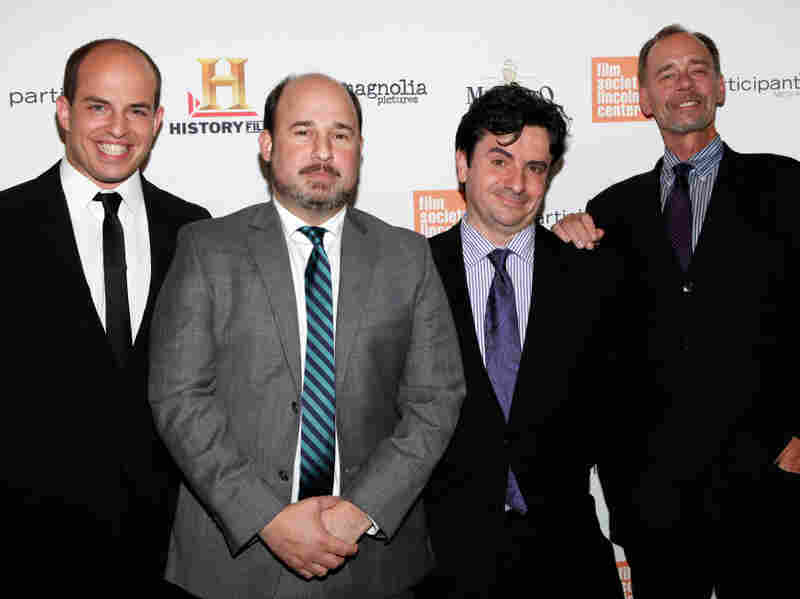 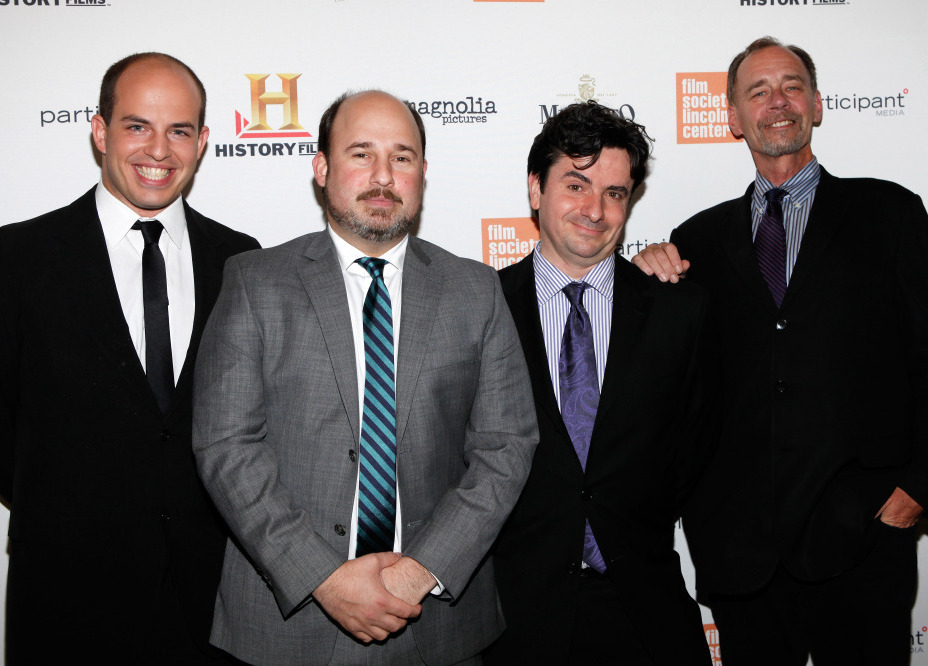 Not 'One More Commodity'

Still, it's hard to encourage optimism at a time when insiders and outsiders alike are wondering if traditional media can remain relevant

In the film, Rossi looks back to the financial collapse of the Tribune Co., which Times journalists followed closely. One scene from the film shows Tribune Co. Chairman Sam Zell responding to the collapse by saying, "I'm not a newspaper guy; I'm a businessman."

"It's sort of indicative of the broader disrespect of journalism as it is practiced," Carr says. "Again and again we have these saviors from outside come in and saying, 'You guys don't get it. Here's how it's gonna happen.' And in Sam Zell's case, he acted as if [the Tribune Co.] was one more commodity."

Carr says that such treatment affects not only the financial standing of a media group but also the quality of its product. So when he sees the diminished state of journalism across the country, he says he's reminded of how lucky he is to be working at the Times.

"It is such a luxury, and I try not to forget that," Carr says. "I can just turn and say, 'Look, yes, I'm going to blog. Yes, I'll be tweeting out. Yes. Yes. Yes. But for this longer thought, it's going to take me a couple weeks to get it together.' [That] never would have happened if I didn't work at the paper that I do."

Today, the effort to balance old and new media in the newsroom continues — and the question of how journalism will sustain itself looms large. But in his film, Rossi avoids steering viewers toward any one answer or conclusion.

"My sense is that this is really a moving target," Rossi says. "Readers and publishers are both continuing to debate how journalism can sustain itself."

And, Rossi says, he has faith in the power of that public debate.

"Ultimately," he says, "I think it's for viewers to decide whether a place like The New York Times is worth keeping alive."