Accessibility links
At Netroots Nation, Liberal Bloggers Sour On Obama President Obama took his licks from progressives who are meeting at the Netroots Nation Convention, the annual gathering of liberal bloggers and other social media activists. Despite some gains, panelists agreed it hasn't turned out so well for progressives on health care or financial reform or the wars in Afghanistan and Iraq. 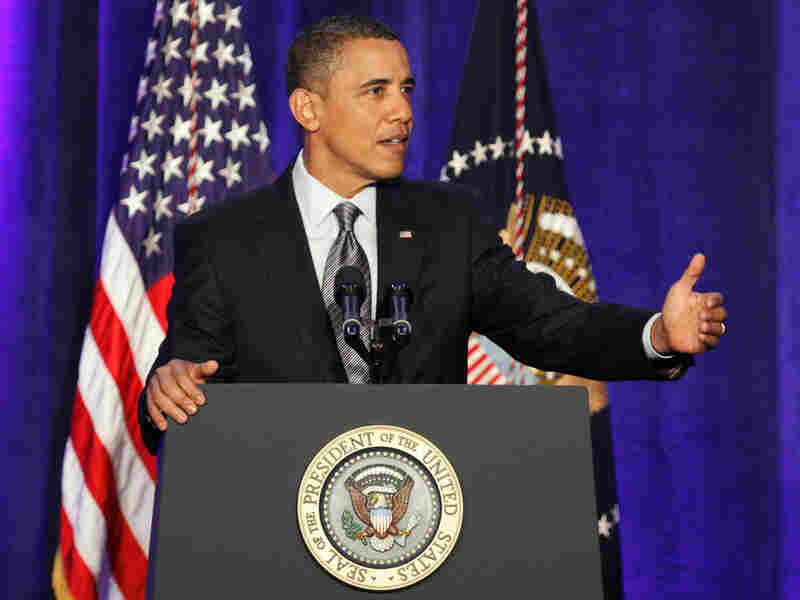 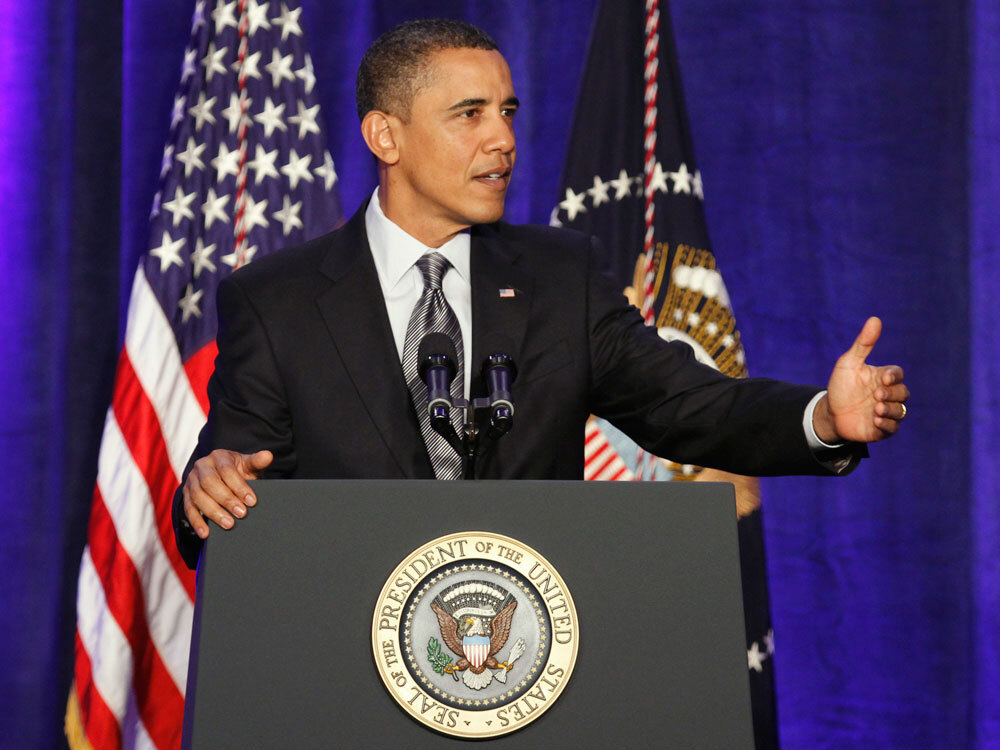 Many bloggers and social media activists at the Netroots Nation Convention say they have become disenchanted with President Obama's administration.

President Obama took his licks from progressives who are meeting in Minneapolis at the Netroots Nation Convention, the annual gathering of liberal bloggers and other social media activists.

The panel that drew one of the biggest crowds at Netroots Nation so far was called "What To Do When The President's Just Not That Into You."

"It's like the president's not our boyfriend anymore," Joan McCarter, an editor at the Daily Kos website, said during the discussion.

John Aravosis, another panelist, who blogs about gay-rights issues on AMERICAblog, reminisced about the heady early days of the left's relationship with Obama.

"I honest to God thought I was voting for these guys and that it was going to be the first time in my lifetime that I'm finally in a position of power, where I could be working with the White House on a regular basis, saying, 'OK what could we do this year on gay stuff?' Wouldn't it be cool, oh, 'Don't ask, don't tell,' this is great.' "

But panelists agreed that it hasn't turned out so well for progressives on overhauling health care or financial systems or the wars in Afghanistan and Iraq and a host of other issues.

While most Democrats think those were huge victories, many progressives here think the White House caved to conservatives who've denounced the outcomes as tantamount to socialism.

McCarter urged the panelists not to overlook some genuine successes, especially on gay rights.

"So could each of you talk a little bit about, I guess, is it true that we've made progress on some of these issues," she asked.

The answer was: Well, yeah, maybe, some. The "don't ask, don't tell" policy, which barred gays from serving openly in the U.S. military, is on its way out. The Justice Department is no longer defending the law banning federal recognition of same-sex marriages. But it sounded like a defense of the boyfriend who brought you flowers even though he cheated on you.

Jane Hamsher, who blogs at Firedoglake, said with the election approaching, progressives should work the relationship with the White House for what it's worth.

As disenchanted as these progressives were with the Obama administration, plenty of elected officials have decided Netroots Nation is the place to be this weekend. That includes four U.S. senators and the new head of the Democratic Party, Rep. Debbie Wasserman Schultz.

In fact, this is the largest Netroots convention since the event began five years ago. So maybe it should no longer need saying that the blogosphere is politically influential. Yet people are still discovering that.

"We know that new media is something that should no longer be considered a tack on or a different track," said Blaine Rummel, director of public affairs at the American Federation of State, County and Municipal Employees.

Last February, Rummel went to Wisconsin when Gov. Scott Walker announced his plan to strip public employees of most of their collective bargaining rights. Rummel was organizing some demonstrations.

But then the Wisconsin blogosphere, or the cheddarsphere as it's called there, started running a student video of a sit-in at the state capitol.

The crowds continued to build.

No wonder that conservatives would like to get a bigger piece of that action — which is why their blogosphere is gathering Friday at the RightOnline convention in Minneapolis, just a few blocks away from Netroots Nation.