Accessibility links
Miles Davis: 'Sketches of Spain' According to jazz commentator Murray Horwitz, listening to Sketches of Spain is akin to being in a gypsy camp on the hills of Andalucia. Recorded near the middle of Davis' nearly 50-year career, this jazz adaptation of classical compositions features such gems as "Concierto De Aranjuez." 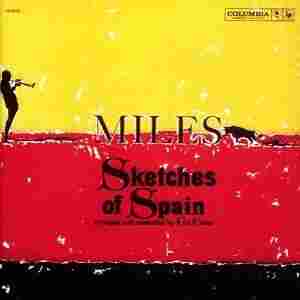 MURRAY HORWITZ, American Film Institute: Sketches of Spain wasn't the first jazz adaptation of a classical composition. A.B. Spellman, you know that Duke Ellington did it a few times. Art Tatum and Fats Waller loved playing the classics in the jazz style, as did many stride pianists and other jazz musicians over the years. But Sketches of Spain by Miles Davis and Gil Evans is different.

A.B. SPELLMAN, National Endowment for the Arts: I agree, Murray. Sketches of Spain holds a unique place in the pantheon of jazz classics. On the opening cut, Gil Evans maintains a true fidelity to the original composition, which is "Concierto De Aranjuez." The mood that he establishes makes us feel like we're on a hill in Andalusia, watching the goings-on's of a gypsy camp. At the same time, there's this cool-bop lyricism that's all Miles Davis with its tone bubbles blasting around the place and all.

SPELLMAN: Gil Evans' orchestration is as original and as sensitive as Miles' solos. Evans once remarked that Miles had the only truly original trumpet sound since Louis Armstrong, and that point is well exemplified on this composition here, because the sound is tailored to fit Davis as impeccably as one of his suits. And the man could wear a suit.

HORWITZ: He could wear a suit.

SPELLMAN: The thing that strikes me is how effectively Evans used winds as others would have used strings to make a palette for Miles Davis to paint with.

HORWITZ: You mentioned Miles Davis' sensitivity. These records with Gil Evans gives Miles plenty of opportunities to show how profoundly lyrical he could be.

SPELLMAN: Yes, Murray, some jazz writers have derided Sketches of Spain as mood music. They complained that it doesn't swing. But I think that they are wrong. This is listening music that is pensive and penetrating. I would never discount music for prettiness if it has the kind of depth to it that is transporting, and Sketches of Spain certainly has that.

HORWITZ: The CD is Miles Davis' Sketches of Spain and it's on the Columbia label. For NPR Jazz, I'm Murray Horwitz.