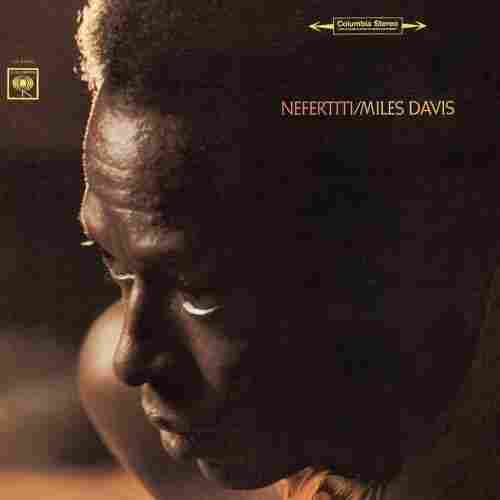 MURRAY HORWITZ, American Film Institute: Music of an aching beauty, depth, and poignancy - Miles Davis' Nefertiti. A.B. Spellman, why is it in our NPR Basic Jazz Record Library, besides from the fact that it's achingly beautiful music?

A.B. SPELLMAN, National Endowment for the Arts: Certainly for that reason, Murray, but also because this is Miles Davis' last really great band. This is the band, which comprised all musicians who were masters of the instrument: Wayne Shorter on tenor saxophone; Miles himself; Herbie Hancock on piano; Ron Carter on bass; and Tony Williams on drums. They played so beautifully, individually and collectively that there's not a boring moment in the entire record.

HORWITZ: You mentioned to me earlier that Nefertiti is in a way a kind of concerto for the drums, played by Tony Williams.

SPELLMAN: That's right, because Miles Davis and Wayne Shorter are playing one melody - a very haunting melody, in a certain sort of unison. At a certain point, though, the unison breaks a little bit, and Wayne Shorter falls behind, and he's playing it like a canon, slightly behind Miles. He gives it a really spooky quality. But throughout all of this, as Miles and Wayne build their intensity, Tony Williams is pushing it up from the bottom. And you're hearing all this electricity shooting between all the notes and reverberating off the walls. I mean, it's great, great power and dexterity.

SPELLMAN: They're swinging hard all of the time. And they're swinging in all of the ways that jazz swings, with their hard, fast playing on compositions like "Hand Jive," "Madness," and "Riot." There's also a tender piece like "Fall," which is a tone-poem for Miles Davis, and evocative of a beautiful autumn day, which Wayne Shorter wrote for Miles.

HORWITZ: One of the things that we have now with CDs are some of the alternate takes, and some of the recordings that weren't released on the original LP. What do those show us about this recording session?

SPELLMAN: They give us a lot of different interpretations. Both versions of "Hand Jive," for example, are very, very hard swinging pieces with great solos in them. I don't know why they got rejected. They are so incredible. And then, there's a "Pinocchio" on here, which is played very slow. And you see that they went into "Pinocchio" thinking that it was one kind of piece of music, and it worked quite well as that kind of piece of music, but indeed they found that a better version was to pick the tempo up and give it sort of a walking feeling.