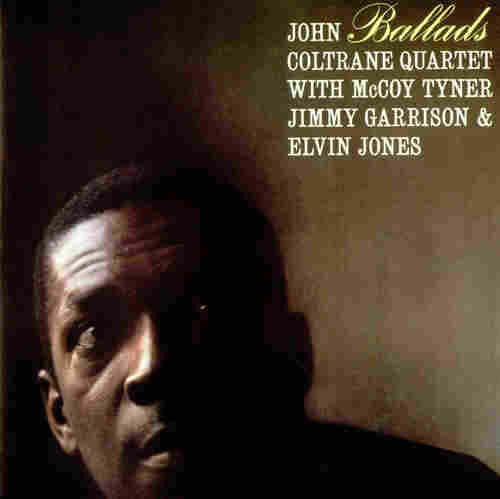 MURRAY HORWITZ, American Film Institute: A.B. Spellman, I don't care how long you've been with a person, or married to a person. Somehow they always feel that you don't love them as profoundly as they love you or you should be loving them. And I think of this mostly as a male problem. Most guys have a problem expressing to women that their love is so deep, they could drown in it, even if that's how they feel. But then, most guys don't play the saxophone like John Coltrane.

A.B. SPELLMAN, National Endowment for the Arts: Especially on today's selection for the NPR Basic Jazz Record Library, Murray. It's called simply, Ballads, and it's got some of the most sensitive, heartfelt music that any lover ever sang on a horn.

HORWITZ: We're not talking about just "make out" music here. That's too good. This is "falling in love" music, and like the song says: "You can fall over and over again, and for the same person."

SPELLMAN: If you're lucky. Coltrane had recently been in the studio with Duke Ellington, and that may have affected his approach on this CD.

SPELLMAN: Well, McCoy Tyner's accompaniment is more composed than it usually is, and in spots, it's positively Ellingtonian. And Elvin Jones' drums are way more restrained than we expect from him. And the cuts are shorter than you will find on any other Coltrane CD.

SPELLMAN: Fit music for a long silent snuggle with someone you've given it all up to, and we hope has given it all back to you.