Accessibility links
Bix Beiderbecke: 'Singin' the Blues, Vol. I' & 'At the Jazz Band Ball, Vol. 2' Bix Beiderbecke's virtuosity and originality with the cornet won admiration from Louis Armstrong and other jazz greats in the 1920s. He played with Paul Whiteman's orchestra in New York before dying tragically at age 28. This definitive compilation (reissued in 1990) has most of Beiderbecke's best work, including his piano classic "In a Mist." 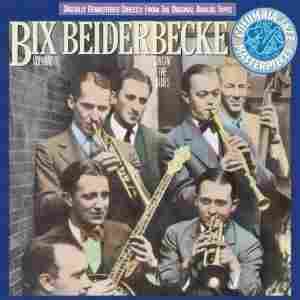 The cover of Singin' the Blues, Vol. I hide caption

Bix Beiderbecke on the Web

MURRAY HORWITZ, American Film Institute: A.B. Spellman, we say this so much that it has become cliche, but jazz history is too full of gifted musicians who died way too early. There's no way around it, with today's entry into our NPR Basic Jazz Record Library. That's the cornetist Bix Beiderbecke, here on the Columbia Masterworks two-volume edition Singin' the Blues and At the Jazz Band Ball.

A.B. SPELLMAN, National Endowment for the Arts: Murray, when you talk about jazz trumpet or cornet in the 1920s, you start with Louis Armstrong, then you go straight to Bix Beiderbecke. Now, Bix was nowhere near the star that Louis was in his time. Plus, Louis lived long enough to work with musicians who had caught up with his innovations, while Bix never made it out of his 20s, so his records always sound like Stravinsky superimposed on ancient music.

HORWITZ: We didn't hear it right there, but on that cut "Singin' the Blues," Bix was working with his alter ego, the saxophonist Frankie Trumbauer. Now Trumbauer was the flipside of Beiderbecke, everything that Bix wasn't — sober, and businesslike.

SPELLMAN: And he was an important musician in his day, Murray. Benny Carter once scored a Trumbauer solo for an entire reed section. But Trumbauer's music aged and faded, while Beiderbecke's is still fresh and sparkling today. Listen to how beautiful his tone is, how sharp his phrasing is, how advanced his rhythm is, and his sense of momentum in "I'm Coming Virginia."

HORWITZ: You know, we probably don't think enough about how racial segregation inhibited artistic development, but it really is a pity that Bix Beiderbecke never got to play with the great black bands of the day. The results could have only been marvelous.

SPELLMAN: No doubt about it. Anybody who could play a solo like this was loaded with soul.

HORWITZ: That's the sound of Bix Beiderbecke, and we've been talking about his two-volume set on Columbia Masterworks, Singin' the Blues and At the Jazz Band Ball. They are an essential part of your NPR Basic Jazz Record Library, supported, in part, by a grant from the Wallace Reader's Digest Fund. For NPR Jazz, I'm Murray Horwitz.