Accessibility links
'Yo Gabba Gabba!': TV For Kids And Music Lovers The creators of the children's show discuss booking the bands they love — including The Roots, Weezer, Chromeo and The Shins — and how it has won Yo Gabba Gabba! some unexpected fans. 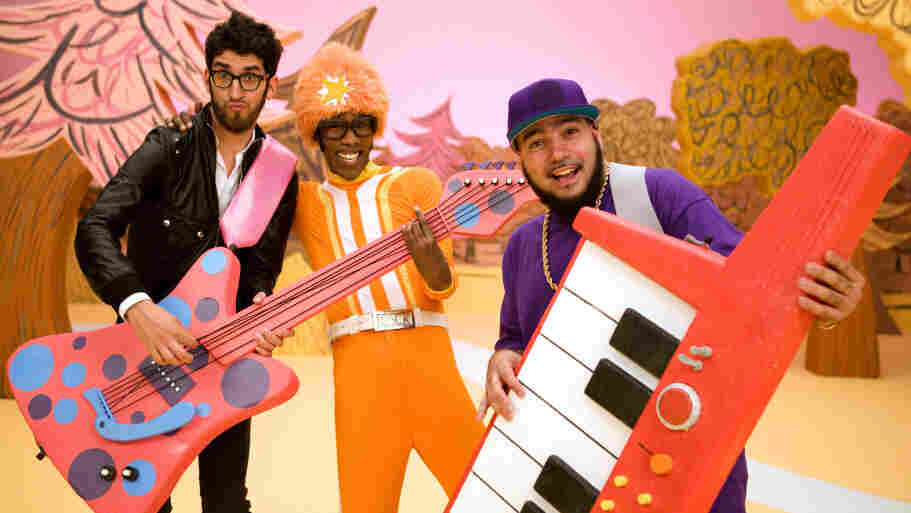 The dance-rock duo Chromeo goofs around on the set of Yo Gabba Gabba! with host DJ Lance Rock (center). Courtesy of Nick Jr. hide caption 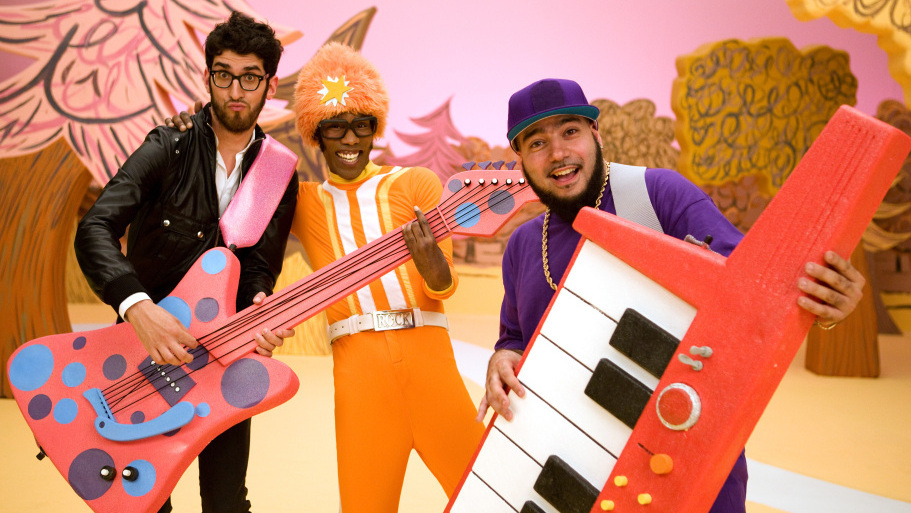 The dance-rock duo Chromeo goofs around on the set of Yo Gabba Gabba! with host DJ Lance Rock (center).

Yo Gabba Gabba! began on the Nick Jr. TV network as a show to entertain and educate the pre-kindergarten set. But now, with its fourth season in production, the show's popularity is stretching demographic boundaries, in part because of its musical content. Popular bands such as The Killers, The Roots, The Shins and Weezer appear regularly, performing original songs in colorful costumes — and these psychedelic segments have snagged the program some older fans.

The show was created by Christian Jacobs and Scott Schultz. They tell Weekend Edition Saturday host Scott Simon that when they got the idea, they were both new fathers who felt that there was something big missing from children's entertainment. 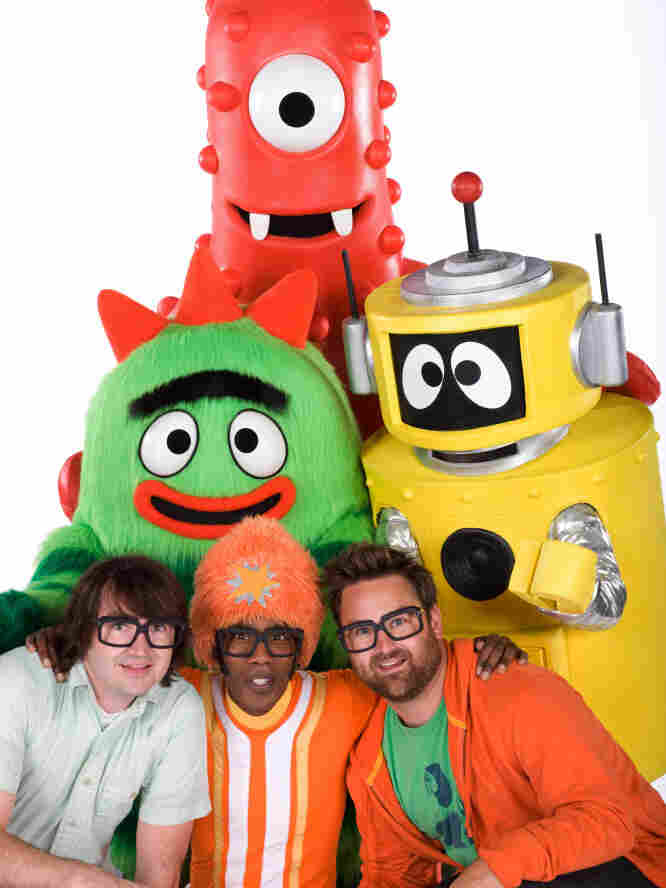 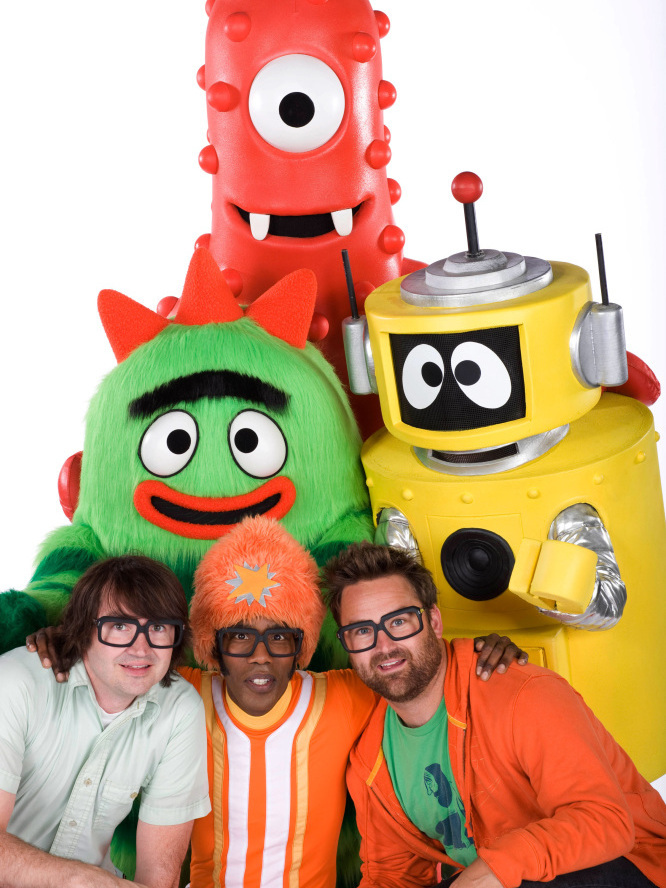 Scott Schultz and Christian Jacobs (bottom left and right) pose with characters from the show.

"We were thinking, 'Wow, there's so much more music that's not being represented here,' " Jacobs says. "We wanted to make something that we felt was a little more reflective of what we were into, and what our kids responded to at home — we were listening to all kinds of different music. And so we thought, 'Why don't we make a kids' show?' "

"We felt like we could take a band that we love and ask them to play a song that had lyrics kids would understand and relate to, and that kids would like it," Schultz says.

That logic has led the pair to book some guests, like rapper Mos Def or comedian Sarah Silverman, who don't immediately register as family-friendly. But Schultz says that most guests rise to the occasion once they're on set.

"We didn't want to pander to kids or talk down to them," Schultz says. "These people that aren't traditionally kids-show-friendly, when they come to the table, they bring sort of a fun awe. I guess they're in awe of being a kid again. We get to celebrate in this idea that we're being kids together, and we're just doing something that kids can relate to."

"[Rapper] Biz Markie was in the pilot," Jacobs says. "He said, 'I want to be Mister Rogers for kids,' and we were like, 'Of course you should be! Why not?' "

Still, Yo Gabba Gabba! was a gamble, and not just conceptually: Both Jacobs and Schultz took out loans on their houses to finance the show's early stages. Jacobs says he finally knew they were on to something during the second season, when they pitched hip-hop group and Late Night With Jimmy Fallon house band The Roots to appear on the program. The realization hit him during a conversation with drummer Ahmir "?uestlove" Thompson.

"I was telling him about the show, and he was like, 'Yeah, yeah, yeah.' I thought, at first, that he was kind of brushing me off," Jacobs says. "Then he said, 'Christian, we watch the show every day at our house. We can't wait to be on.' I realized, wow, this show has touched a lot of people — people who have touched us."

The Roots perform "Lovely, Love My Family" on Yo Gabba Gabba!