Accessibility links
Funk For First-Time Fathers Our resident crate-digger showcases some of the very first songs he played to his newborn to get him to stop fussing. Hear five surprisingly infant-friendly tracks from around the world. 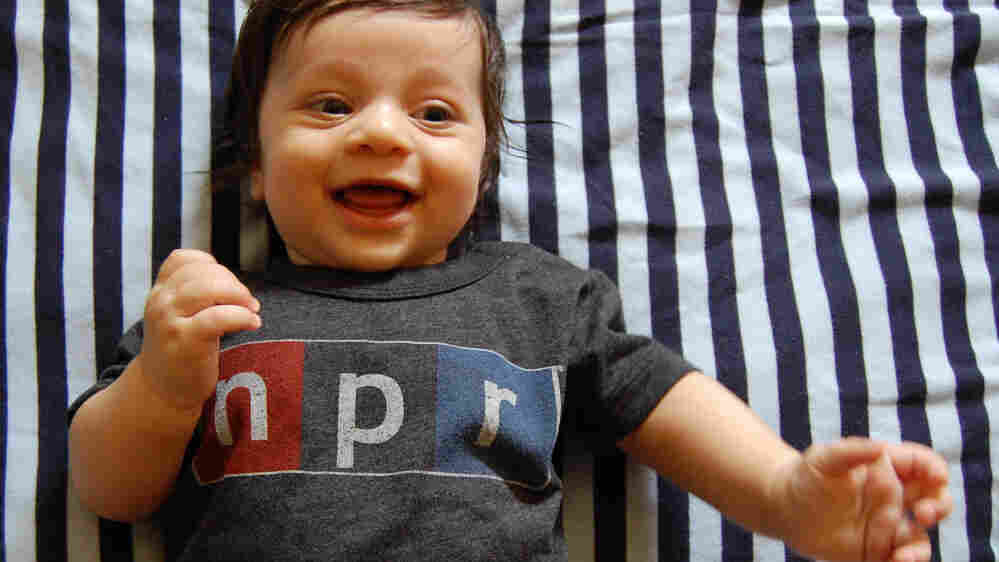 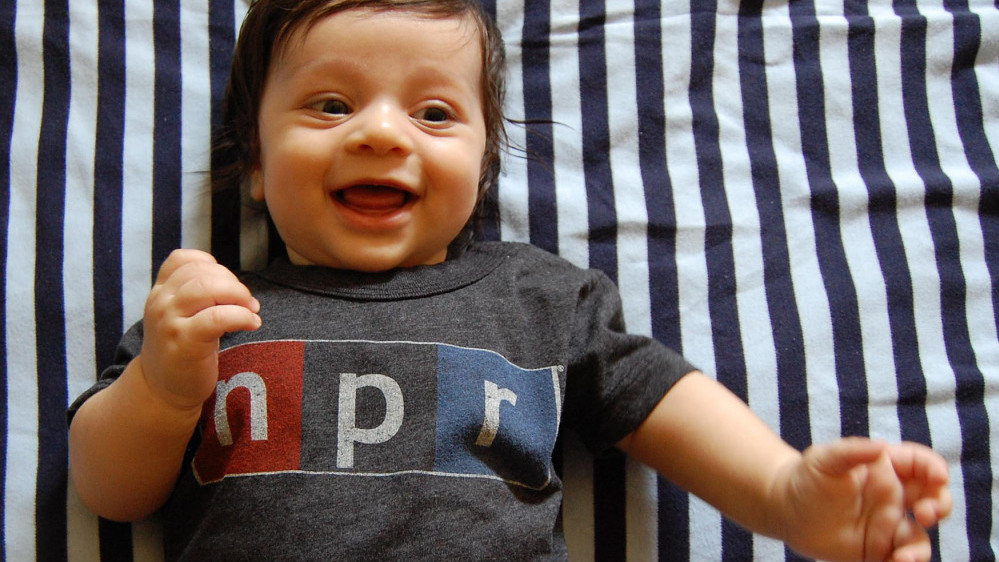 My wife and I are new parents. Our son, Kieran Willem Campos Alapatt, entered the world on Jan. 14, 2011. I come from a musical family; my mother has taught piano since I was born, and she currently instructs at a Suzuki Method school in my home state of Connecticut. I'm well aware that there are dozens of theories as to the best way to cultivate a musical bent from an early age — our Bach for Baby's Brain collection, for example, has taken many spins.

Early on, when my wife needed a break and I was given the opportunity to bond with an often-sobbing, comfort-craving newborn, I instinctively gravitated toward the stacks of vinyl sitting in front of my turntable. The first record I played him, the claustrophobic soul of Watercolor's "All Bundled Into One," struck out. The second, an expansive jam by the Indonesian pop-psychedelic ensemble Ariesta Birawa Group, fared much better.

This got me thinking: The music I love today is informed by the music from my earliest memories. I love Mediterranean psychedelic fusion, so it's no surprise that one of my parents' favorites was Mikis Theodorakis' rocking score to the Costa-Gavras film Z. Sly and the Family Stone's Stand was my parents' soul of choice, and Miles Davis' Bitches Brew was their jazz. I knew the words to most every song on Galt MacDermot's Hair soundtrack by the time I was 10. In college, when I discovered the composer's lengthy Kilmarnock Records discography, MacDermot's pulsing rhythms and timeless melodies transported me back to my childhood.

So I moved from record to record to see what worked with baby Kieran. While I'm far from playing him the Stark Reality's psychedelic jazz interpretations of great American songsmith Hoagy Carmichael's children's songs, and further still from showing him Carmichael's 1970 WGBH TV pilot, I like to think his positive response to the following songs hints at an open-mindedness that my wife and I can nurture. That his favorite nursery rhyme is my wife's interpretation of the sage Caetano Veloso's "O Leãozinho" is a happy omen. 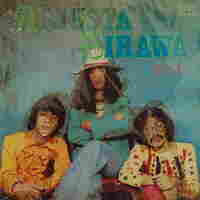 Cover for Ariestra Irzawa Courtesy of the artist hide caption

The first song that transfixed our son. I'd like to think he recalled this swirling vortex of a psychedelic jam session from the times I'd played it while working on an anthology of Indonesian rock and funk when he was in his mother's womb. But maybe it's just the persistent percussion, the dueling synthesizer and fuzz guitar, the serene flute and the unobtrusive vocals. At one month old, Kieran sat quietly in my lap as we ran through one of Indonesia's finest rock records. 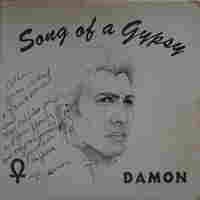 I live in the same Los Angeles neighborhood as the producer — and father of two — Mario C. When, during a visit to his house, my wife asked him his opinion of the intense music I was foisting on our then-two-month-old, he insisted that I offer a more emollient selection. Immediately, I thought of Damon's Song Of A Gypsy — an album the artist had given me as a pre-birth gift, and which I promised I would play to our young son. I started with the obvious choice: "Birds Fly So High" is a meandering, psychedelic lullaby snatched from the midst of a dark, mythic American rock album. 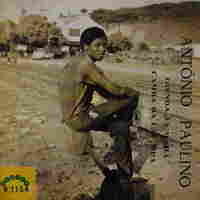 My mother-in-law, born in the city of Malange and of mixed Angolan and Portuguese descent, spent the first three months of our son's life with us in Los Angeles. This is one of her favorite songs from early-'70s Angola, and is a reminder of the happier times before the country's civil war forced her to flee her homeland with a then-infant daughter in tow. I was overjoyed as we played this 7" single — which sparked tales of family, many long since deceased — while our son sat still, mesmerized. Now that she's returned to Portugal, I often play this song to Kieran to remind him of her presence, and to allow him to soak in the deep rhythms of his heritage. 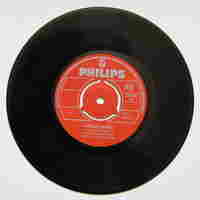 Cover for Mambo Sambo Courtesy of the artist hide caption

My father moved from India to America in the late '60s. Indian music was a big part of our upbringing, whether it came from watching classical performances at Wesleyan University or listening to the few records my father had managed to carry with him throughout the years. But it was memories of photos of my father as a young boy in Addis Ababa that led me to play Kieran this yet-to-be-reissued Ethiopian gem. It worked. I'd always known of my family's ties to Ethiopia — my grandfather worked for a fledgling Ethiopian Airlines — and I'd wondered if my obsession with the music of this East African country sprung from an inherited love of Amharic ballads and Pentatonic scales. I wondered the same for our son as we listened to Melelink Wossenachew's able interpretation of this Mulatu Astatke classic. 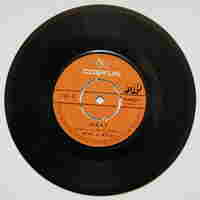 Cover for Irgat Courtesy of the artist hide caption

As I was working on a Funk Archaeology list a while ago (Turkish rocker Barış Manço's '70s recordings), my wife handed me a crying Kieran and asked me to do my best to calm him. I flipped over Sevil and Ayla's "Bebek," hoping that the dramatic strings and overall vigor of "Irgat" might distract him from his woes. It worked, almost too well: I found myself playing this song over and over while deftly managing to ease our baby into sleep. It was a first for me, and later that day, I was proud to tell the local butcher that our son could only have sprung from us: He could be lulled into slumber by the sound of Turkish fuzz guitars. In the future, he'll only have ears for Cookie Monster — I know I put my parents through those paces — but before he's old enough to vocalize any disdain, and while I have the hope that he'll carry a memory of these sounds into the future, we will indulge.