Accessibility links
Giddy Energy At The Boston Early Music Festival The festival gets a buzz from playful pieces by Corelli, Handel, Bach and Vivaldi. 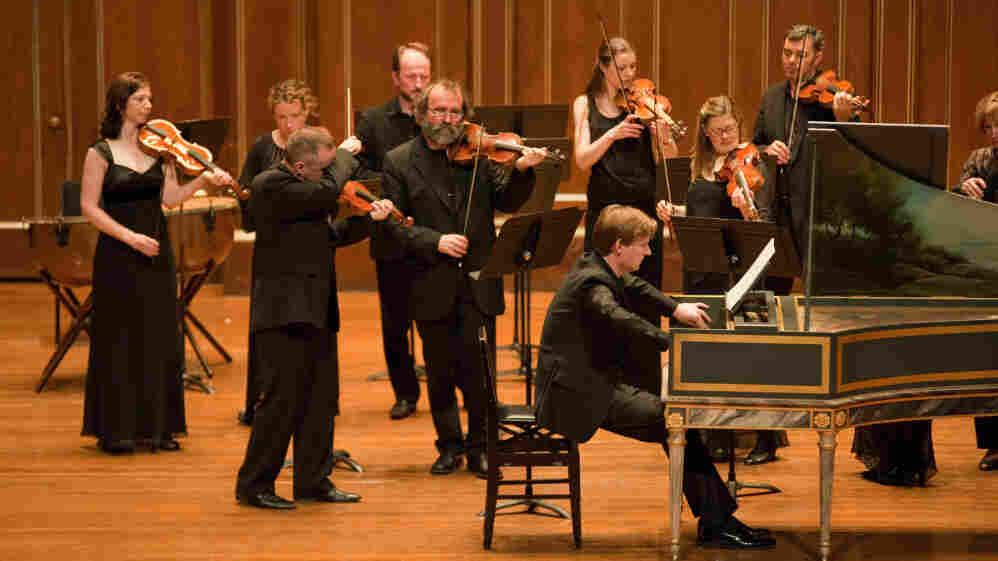 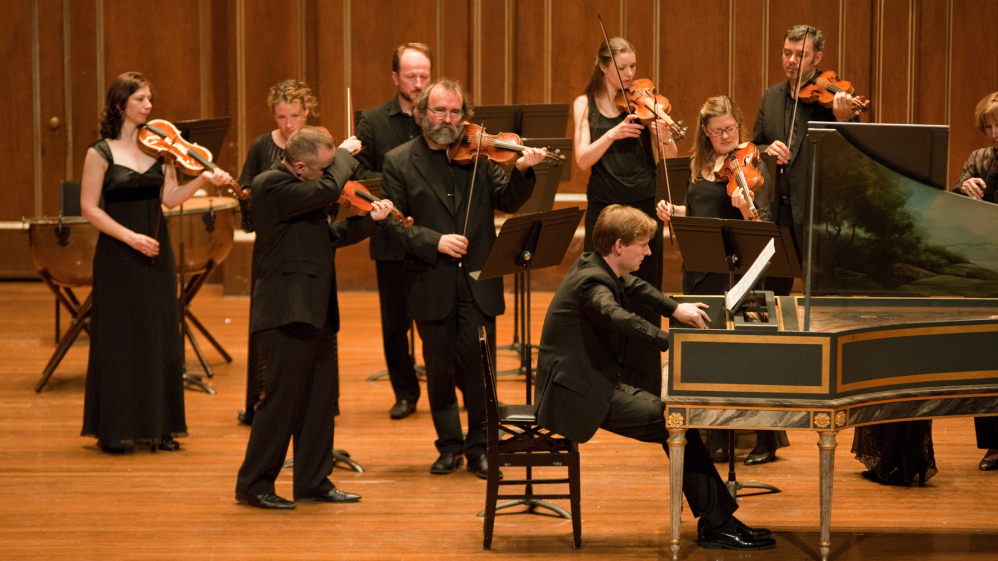 Andre Costantini/Courtesy of the BEMF

"The Orchestra at Play: Festive Concertos, Suites, and Sinfonias by Bach, Handel, Corelli, and Vivaldi"

The Boston Early Music Festival has a rhythm all its own. For those who want to dive in at the deep end, there's the centerpiece opera of the festival — invariably grand, Baroque, obscure and wonderful. The next day, the concerts begin in earnest: afternoons, early evenings, after dinner and even a series at Emmanuel Church in the Back Bay that starts each night at 11:15. Oh, and did I mention the Young Performers' Series and the Boston Early Music "Fringe" concerts? In short, there is no way to encounter this event without confronting the luxurious problem of "too many concerts, not enough time."

By Thursday night, the musicians and audiences alike have been in such deep-immersion mode that the atmosphere can get a bit giddy. No better time, then, for a program called "The Orchestra At Play." Especially when the orchestra in question happens to be the Boston Early Music Festival Orchestra — a band of virtuosi from all over the world that gathers to provide the foundation for the opera production.

An Interview With Director Robert Mealy

Violinist Robert Mealy serves as director for the orchestra, a role that allows him to choose what the orchestra plays, drawing from what he described as the "lush sonorities" of Corelli, the "amazing theatricality" of Handel, the under-appreciated wit of Bach and the "incredible, vibrant Italian-ness" of Vivaldi. Mealy says he likes to think about Vivaldi's music coming from the time that "people stopped drinking beer and started drinking coffee," infusing the music with a "caffeinated buzz."

Buzz was certainly in the house at Jordan Hall. Overheard conversations ranged from digressions about the relative merits of harpsichords from different instrument builders to a personal tutorial about the "early music movement" for the uninitiated. Harpsichordist Kristian Bezuidenhout, a festival favorite, brought the crowd to a new level of excitement after Bach's A major harpsichord concerto. Then the orchestra finished off with a bracing Orchestral Suite No. 3 by that great composer.

Overall, the concert wasn't so much a "pause that refreshes" in the midst of a packed week of concerts and events, but more of an energetic recharging of the ears and mind for the final, jam-packed few days of one of the great gatherings of the musical world.