Accessibility links
Making Headlines Since The '70s: Is College Worth It? The value of a college degree has been hitting a nerve lately. It isn't a new trend: There's a spike in this type of story during economic downturns. But even in our current economic recession, experts say graduates are still less likely to be unemployed and more likely to earn higher wages. 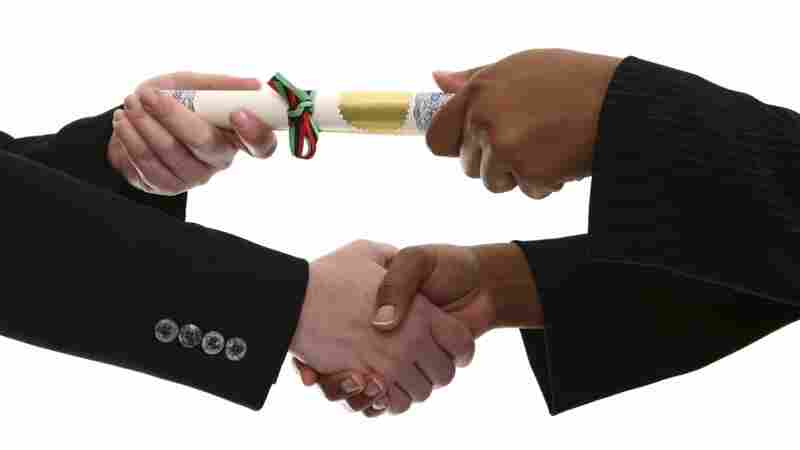 With the cost of tuition skyrocketing and unemployment rates high, should Americans bother going to college? iStockphoto.com hide caption 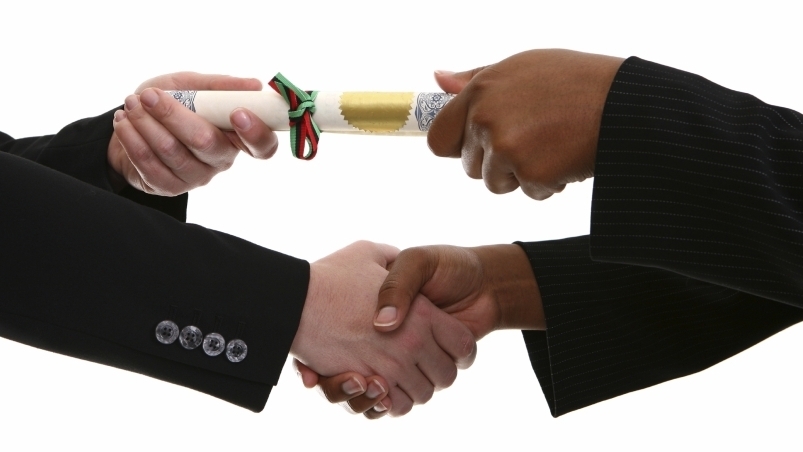 With the cost of tuition skyrocketing and unemployment rates high, should Americans bother going to college?

Americans are counting their pennies these days, taking a close look at everything from the cost of milk to the cost of their mortgages. A college education is one investment under fire.

Since World War II, owning a house and getting a college degree was the American dream, a sign that you have truly made it. In 2009, more than 70 percent of high school graduates enrolled in college — nearly twice as many as in 1960.

College-bound students have reached the highest numbers on record, while the cost of obtaining a degree has skyrocketed. Today's sticker price has roughly tripled since the '80s. But unemployment rates are still higher than usual, and that's part of what has triggered concern over the benefit of college.

"What you see if you look at the news stories over time and really going all the way back to the 1970s when they first started to appear is that a real formula has emerged," he says.

Carey says he can write a college graduate horror story in his sleep.

Formula For The Horror Stories

"You start with some kind of very alarming, attention-grabbing headline and then you find a recent college graduate in the worst possible circumstances to lead off your story," he says. "From there you start to broaden the thesis and say something like, 'People are increasingly questioning whether college is worth it.' You track down the experts. And then you finish with a quote saying, 'My life is terrible, I'm in a dead-end job, I'm sad, I'm hungry. What is to become of me?'"

Carey says he has a problem with this type of story heard over and over again.

NPR Commentary On The Value Of A College Education

"Lately there have been a lot of complaints from young persons, that the degree has not proved valuable at all, and that they are mired in jobs which could easily be done by someone who never had read a work of Kierkegaard or struggled through the close meshes of quadratic equations. And when one has paid $20,000 for a ticket to the good life, this seems a reasonable complaint."

"It's missing a lot of really important long-term trends," he says. "If you look at wage data, what you see is that people with college degrees are making more and more and more money, and basically everyone else is either staying the same or falling back."

"And in fact, ... college graduates ... are the only segment of the economy where employment has actually gotten better during the first five months of this year," he says.

But Carey says we always see a spike in doom stories during economic downturns, and he says people love to hear them.

"If you're a parent and you've spent your whole life trying to get your son or daughter into a good college and spent a lot of money, the last thing you want to hear is that that was a bad idea and they're going to be coming home and they'll be unemployed soon," he says. "And so people gravitate toward stories that speak to their fear and their anxieties."

College-age youth have started the UnCollege movement, which argues that young people can get more out of pursuing real-world skills than studying for exams. And PayPal founder Peter Thiel is actually paying kids to skip college.

Carey says heightened anxiety about the value of a college education makes more sense now because college costs are higher.

"And this has changed over time. ... College is much, much more expensive than it used to be," he says. "So when people are wrestling with that cost-benefit equation, the cost part of it has gotten bigger and bigger. So their sense of how much the benefits ought to be has risen as well."

But many students still feel cheated by higher education. And, Carey says, that makes sense, too.

The Obama administration has recently taken action to introduce regulations that would prevent predatory for-profit colleges from inducing students to take out high loans for degrees that often have little value in the job market.

Carey says every college won't always be worth it but, he says "the long-term trends about the average value of a college degree are very strong." And he says a college degree is still in demand.

Anthony Carnevale, labor economists at Georgetown University, has calculated that on our current pace, the U.S. is going to produce 3 million fewer college graduates by 2018 than the economy will demand.

That's because the fastest growing job categories tend to be jobs that require some level of post secondary education.

And Carey says old jobs that didn't require a degree before are also being re-defined and requiring more skills.

Graduating During A Recession

In 1989, Melissa Burke made the decision to go to college, even though people told her it might not help her get a job afterward. Burke graduated during a recession in 1993, and she says job prospects were bad.

"So when I started looking there were a lot of resumes sent out and a lack of calls back, and a lack of interviews," she says. "I was very aware of the struggle or the perceived struggle in terms of landing that first job, or starting off on that career path."

But then Burke landed her first job as a desktop publisher secretary.

"It was not my ideal career path. I didn't go to college for four years to be a secretary. But I really saw it as an opportunity to start working in the field that I wanted to be in," she says.

"I started out supporting the director of membership and communications and five years later, I had her job," Burke says. "So taking that initial step of doing a job that maybe I perceived as less than ideal really was the first step to starting my career."