Accessibility links
Among The Games Presidents Play, There's Also Golf House Speaker John Boehner is joining President Obama for 18 holes on Saturday in a much anticipated "golf summit." Horse racing may be the "sport of kings," but when it comes to U.S. presidents, they prefer to tee off. 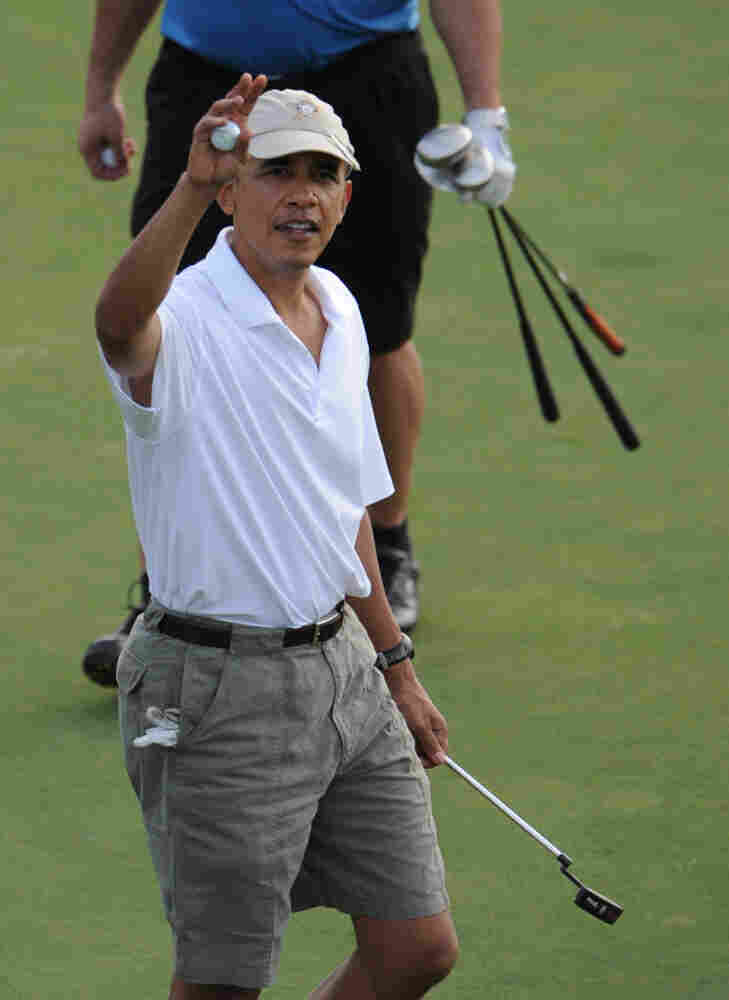 President Obama will be joined by House Speaker John Boehner for 18 holes on Saturday, in a much anticipated "golf summit." Cory Lum/Getty Images hide caption 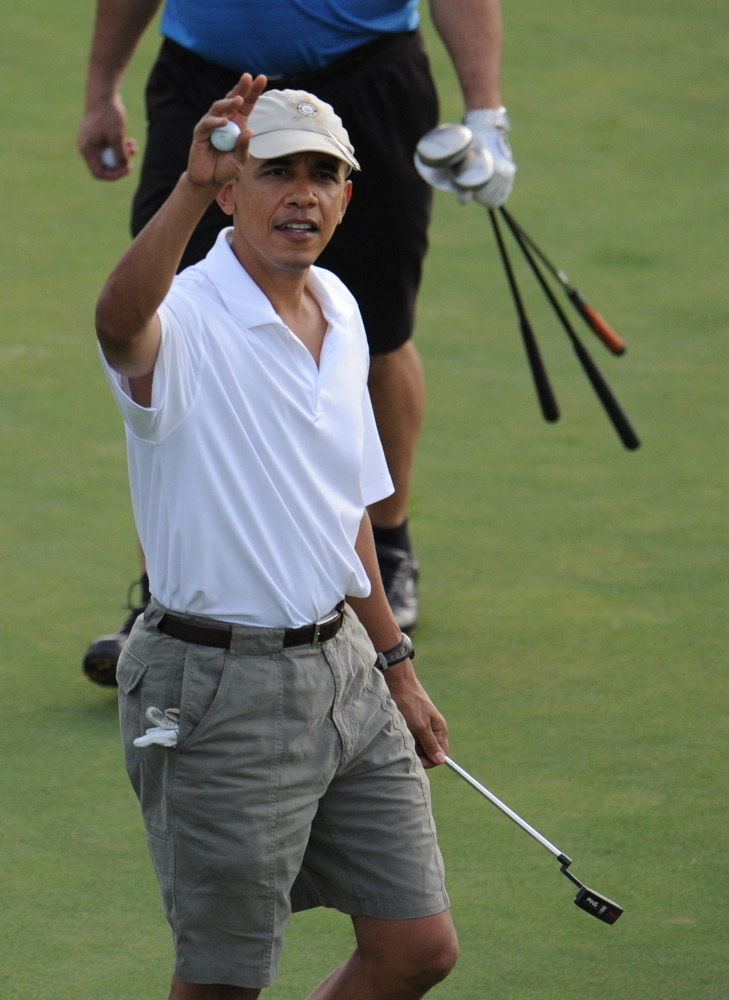 President Obama will be joined by House Speaker John Boehner for 18 holes on Saturday, in a much anticipated "golf summit."

If it's a sunny weekend in Washington, chances are a motorcade will be leaving the White House for the golf course. President Obama typically golfs with the same small circle of friends and aides. One of his rules for a day on the course: No talking politics.

That changes Saturday. House Speaker John Boehner is joining the president for 18 holes. Vice President Biden and Republican Gov. John Kasich of Ohio are also coming along, turning this particular game into a much anticipated "golf summit."

Horse racing may be the "sport of kings," but when it comes to presidents, they play golf.

"It is the most popular sport that presidents play. Fifteen of the last 18 American presidents were golfers, starting with William Howard Taft," New York Times correspondent Don Van Natta Jr. says. He wrote a book about presidential golfers called First Off the Tee.

"I think presidents love the camaraderie they find out on the links," Van Natta says. "They also like the fact that they can leave the press and the public behind on the first tee — and they don't have to see them again until the 18th green."

A Game Of Politics

Occasionally a president doesn't leave the press behind, sometimes with disastrous results.

President George W. Bush no doubt wishes he could take a mulligan on a moment from 2002, after a suicide bombing in Israel.

"I call upon all nations to do everything they can to stop these terrorist killers. Thank you. Now watch this drive," he said, thwacking the ball.

Years later, Bush told an interviewer that he gave up golf during his presidency. He said during a war it sends the wrong signal.

Obama has not had the same concern. Still, Van Natta says, this president is less avid on the course than other wartime commanders in chief.

"He's not as devoted a golfer as Eisenhower or Woodrow Wilson, actually, [who] was the most prolific golfer — who played nearly every day on doctor's orders," Van Natta says.

Most presidents used golf for escape. One exception was Lyndon Johnson, who had no interest in the sport, but his aides suggested inviting senators out to the course to lobby them on the Civil Rights Act. The bill passed, showing that business can get done on the course — even though many golf courses remained segregated for years.

Getting To Know Each Other

Decades later, a black president and a white speaker of the House are meeting for a friendly game. There's not much suspense about who will win; Boehner, with his 8 handicap, made that clear during a 60 Minutes interview with Lesley Stahl in December.

"You're a much better golfer than [Obama] is, right?" Stahl asked.

"He understands that," Boehner answered.

Both sides have been downplaying the significance of Saturday's game. Boehner says it's mostly about building a relationship.

"Playing golf with someone is a great way to really get to know someone," he says. "You start trying to hit that little white ball — you can't be somebody that you're not, because all of you shows up."

Van Natta says you can learn a lot about a president by the way he plays golf. "Warren Harding, for instance, who was the caretaker of the most corrupt administration in American history, drank on the golf course during Prohibition and gambled on every swing."

"There's an old saying: You learn more about a guy playing 18 holes of golf with him than you do sitting across the desk from him for 18 years," golf expert George Fuller says. He's written eight books about the sport.

"You're not necessarily arguing positions," Fuller adds. "You're just simply saying, 'Hey, what kind of club do you think I ought to hit here, John?' 'Oh, Barack, that's a 4-iron, sir.' "

White House spokesman Jay Carney says the goals for the meeting are modest, "just resolve all their differences. Eighteen holes."

More seriously, he said, a day like this certainly can't hurt the chances of bipartisan cooperation — unless someone wins really big.