Accessibility links
'Good Stuff': Cary Grant's Daughter On Growing Up For most of the world, Cary Grant was a Hollywood icon, but to Jennifer Grant he was simply Dad. Grant chronicles her close relationship with her father in her new book, Good Stuff.

For most of the world, Cary Grant was a Hollywood icon, but to Jennifer Grant he was simply Dad.

The screen legend retired from acting at 62 when his daughter was born in 1966. He went on to devote the last 20 years of his life to fatherhood, giving his daughter the kind of life only he could give with trips to Monaco and Christmas dinners with the Sinatras. But it was the quality of that life that left a mark. 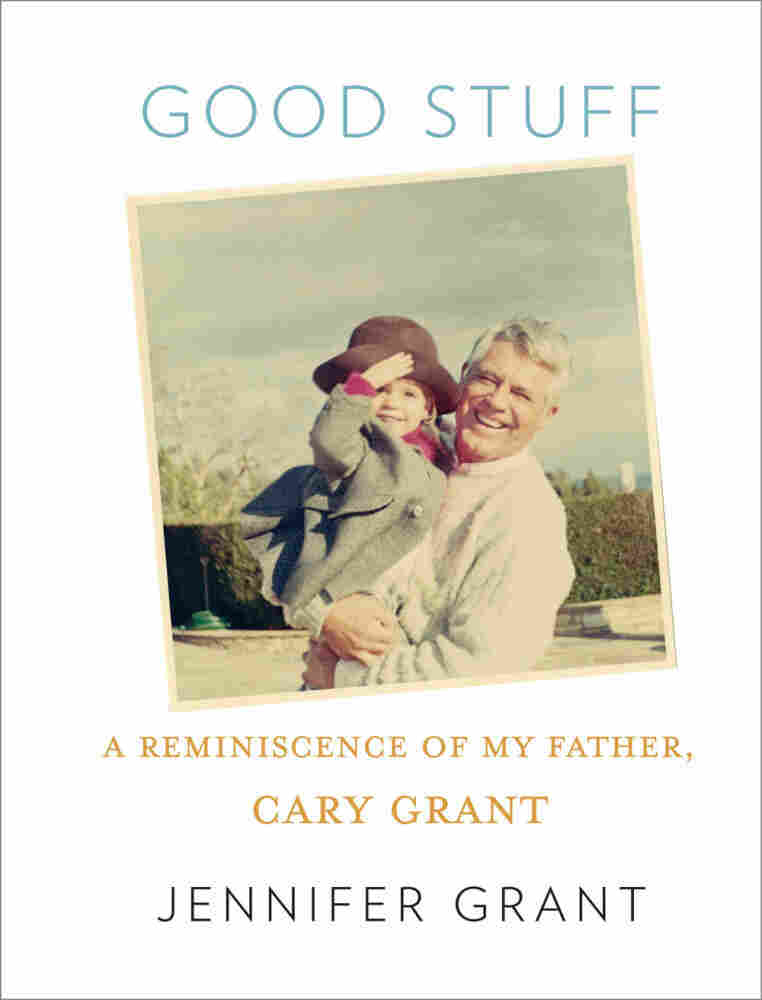 Jennifer Grant chronicles her close relationship with her father in her new book, Good Stuff: A Reminiscence of My Father, Cary Grant.

Grant tells NPR's Jacki Lynden that she got the book's title from one of her dad's favorite expressions.

"It's something he used to say when he was happy," Grant says. "It could be a very, very simple day. We might be sitting out on the front lawn. Dad loved classical music and we might be listening to some Stravinsky or something and having some tea and eggs. And he'd say, 'Oh, good stuff, isn't it?'"

Cary Grant — who was a native of Bristol, England — took his daughter everywhere with him when he could, and was known for keeping a camera on hand to record their time together. In fact, Grant says, after her father retired, much of the focus he had once put into his acting was put to use in raising her and documenting her childhood.

"He wanted me to have accurate records of my life growing up with him because his own records were burned in the bombings of Bristol in World War II," she says. "So he made all of these tapes and Super 8 films, and took slides and photographs. And every note I wrote him, every note he wrote me — and letter — he saved in boxes. And he put them in a fireproof vault in our house to ensure the safety of these archives for me."

Grant says looking back on her father's archives has allowed her to better understand who he was as a father. She recalls one Halloween when he rented a house in the neighborhood she was trick-or-treating in just so he would be able to see her and give her candy.

"At the time ... I was embarrassed, I think, by the extent of his love and devotion to me. So I just sort of ran up and got the candy and gave him a hug and left. It's moments like that that I look back on — and I regret those moments. I wish I'd just sat down and said, 'Oh, thank you Dad!'" she says.

"Looking back at the lengths he went to [to] parent," Grant says, "that's been the beauty of writing this book."

In my father's later years he asked several times that I remember him the way I knew him. He said that after his death, people would talk. They would say "things" about him and he wouldn't be there to defend himself. He beseechingly requested that I stick to what I knew to be true, because I truly knew him. I promised him I would. I've easily kept that oath. Although many books about him have been published, I've read none. Not out of a lack of interest. I'm sure there are some wonderful things I could learn about my father, but most likely more misconceptions than are worth weeding through. To me, he was like a marvelous painting. All the art historians wish to break down the motives, and the scheme, and so on. I would rather know, as I do, his essence. I believe that at the heart of a person lies passion. For the last twenty years of his life, I was given the extraordinary privilege to experience the full, vital passion of his heart. Dad used the expression "good stuff" to declare happiness or, as one of his friends put it, he said it when pleased with the nature of things. He said it a lot. He had a happy way of life. His life was "good stuff."

Just after my father's death, I graduated from Stanford. My senior year I had worked as an intern at an advocacy firm in San Francisco. My plan was to take a job with this same firm and later move on to law school. When Dad died I shifted gears in ten seconds flat. I felt pulled, in an almost subterranean way, home to Los Angeles. Why? If Dad came home, that's where he'd be. Have I been waiting for Dad to come home all these years?

At some level it's still hard for me to admit that my father died. I can talk about it and around it, but those two words. "He died." What can that possibly mean? That I won't get to hear his voice again? That's not true; I have movies, I have all his taped conversations with me, I have pictures, I have slides. . . . I even have one of his sweaters in my closet. If I remember well enough, he will come back. He'll appear, out of thin air, at my door or in my living room, and we'll laugh and we'll hug and we'll talk and we'll hold hands, and maybe he can hold the baby while I make lunch for him. After all, he's a grandfather now. There's so much playing to be done. Watch out, baby Cary may pull your hair, Dad. And my dog, Oliver, is named after our mutual nickname, Ollie. In a Cockney accent we could greet each other with, " 'ello Ollie! 'ow ya' doin', Ollie?" Oliver and baby Cary will look at us sideways, and then my father will never leave again.

To write this book is to fully admit, more than twenty years later, that he died. To move on with my life. The tribute to my father is more than mildly overdue. Dad has been deservedly honored by everyone and their mother. The U.S. government even turned my father into a stamp. For many years I've stayed silent. Other tributes to Dad stem from the perspective of show business, where the intimate side of his life is somehow vaguely analyzed, but never revealed. I am my father's only child. The world knows a two-dimensional Cary Grant. As charming a star and as remarkable a gentleman as he was, he was still a more thoughtful and loving father.

Madame Sylvia Wu, the marvelous restaurateur, was close to Dad for more than forty years. When I called Auntie Sylvia to discuss the book, she sweetly chided, "It's about time!" Sadly, several of Dad's closest pals, among them Frank Sinatra, Charlie Rich, and Gregory Peck, are no longer alive to share their memories of him.

Privacy was a gift our family worked hard to maintain. Selfishly, I have guarded my memories of Dad, clutching them to preserve that part of him that I alone knew.

Why didn't Dad write his own book? One archived audio cassette recorded in 1962 is a self- hypnosis session made for Dad. He was being instructed to exercise, gently, daily, and to write his autobiography. Presumably these are activities he wished to pursue, and he'd hired someone to help him with autosuggestion. The woman soothingly advised that he complete his autobiography with tremendous compassion for his subjects and not to worry, not to criticize the work, just to do it. Also, to exercise a bit each day. This was four years prior to my birth. Was Dad examining his life before having a child? Why didn't Dad finish his book? Did he consider revealing his history, his childhood, to the world? He never spoke of the endeavor, but he saved the tape for me. What turned him around? With so much misinformation out there, did he want to address and correct it? Is this why he stayed up at night? Was he too distressed about involving others' lives? Of course, his was the definitive voice. His parents were already gone. Any writing would have served Dad and Dad alone. Dad's parents weren't famous, he was. He knew his story. Anyone reading his story would have done so to learn about him. His motives were therefore the central theme. My guess is he came to terms with his past, and with anyone who wished to write about it. Let them examine their own motives. In my case, ultimately it's the same matter. Dad is gone; I write about him for me.

My hopeful guess on his attempted autobiography is that Dad was done with his homework. He came to terms with who he was and who his parents were. Let others play their guessing games. He trusted that those who knew him, knew him. Those who didn't, never really would. To make a case for himself would therefore be a fruitless, energy- wasting endeavor. He'd forgiven who he needed to forgive, let go of what he needed to, and accepted himself as he was. Archibald Alexander Leach, Cary Grant, and all.

It's important to understand the commodity of celebrity. In revealing my life, Dad's life, and including his friends, what is being "cashed in"? Privacy? Dad's name? There are certainly less all-consuming ways to make a profit. My conscience pulls, the way Dad's did. The only reason to write is to share the beauty of his life behind the curtain. I never knew Archibald Leach. I never really knew Cary Grant as the world thought of Cary Grant. I knew Dad.

Dad had two somewhat conflicting beliefs. He would remind me to never pay attention to what other people were thinking about me, because, he said, they were too busy thinking about themselves to really think about me. Funny. The polar opposite belief he espoused was "All you have is your reputation." The latter, I'm guessing, was learned through the business of "show" business. Dad has, and had, a deservedly glowing reputation. However, this belief in "reputation first" seems to have given rise to his fears of what might be rumored after his death. Then, there are interesting misconceptions about Dad. My choice is to leave these misconceptions to themselves. My hope is that we are wise enough with our own weak spots to allow great men theirs.

The grief of losing my father has come in waves over the years, as it does with most people. His love and devotion as a father provided my closest, most intimate relationship. Dad, and our time together, is in my bones. While reflecting on him, the memories themselves seem to boil down into certain "essences of Dad." My words, by their nature, are finite. Dad, now, is infinite. Still, perhaps these words can sniff around the essence of Dad's soul, to further elucidate the world's knowledge. Perhaps the old saying about the bird holds true: "If you love something set it free."

Many people long for a father's love. I had it. I have it still. Perhaps by writing this book I can transfer some of the love I feel for him. Perhaps Dad will inspire a daughter, son, mother, or father. If so, good stuff. I can hear my father's tone now, a little grumble with a Cheshire cat sparkle in the mix, "gooooood stuff." 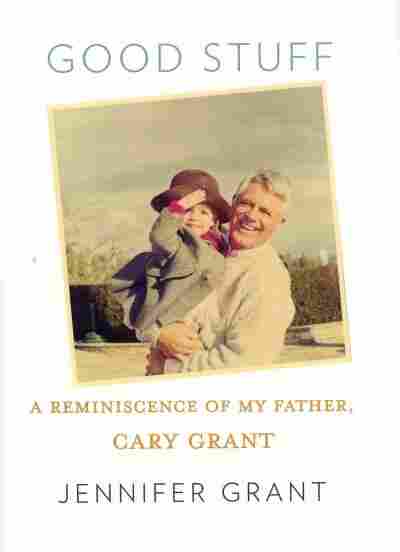