Accessibility links
9/11 Hate-Crime Victim Seeks To Save His Attacker Rais Bhuiyan was shot in the face by Mark Stroman in 2001. Stroman was on a shooting spree, targeting people who appeared to be Muslim or of Middle Eastern descent. Stroman is due to be executed July 20 — and Bhuiyan, the only survivor of the attacks, is fighting to save his life. 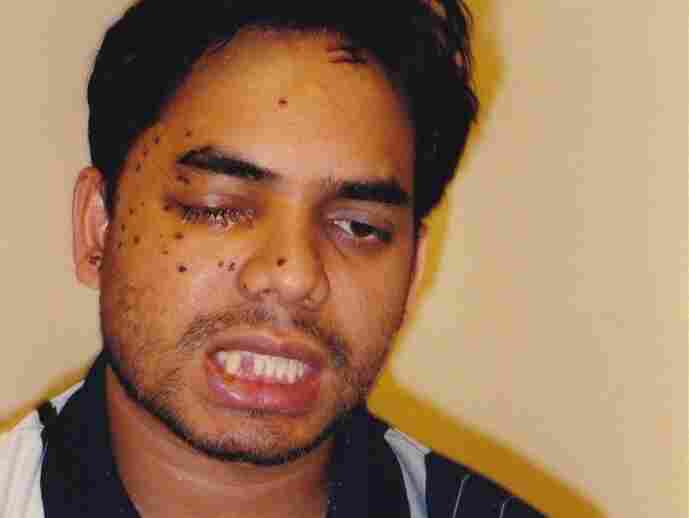 Rais Bhuiyan after he was shot in the face on Sept. 21, 2001. Photo courtesy of Rais Bhuiyan hide caption 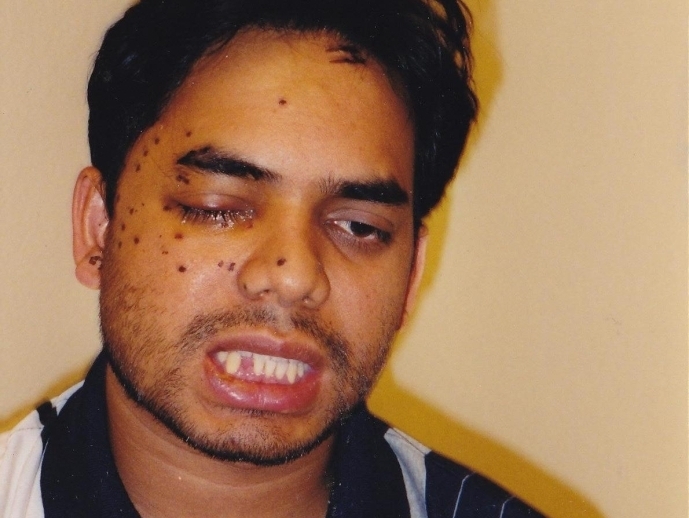 Just 10 days after the attacks of Sept. 11, 2001, Rais Bhuiyan was working at a gas station in Dallas when he was shot in the face by a man named Mark Stroman.

Stroman was on a shooting spree, targeting people who appeared to be Muslim or of Middle Eastern descent. Stroman is due to be executed July 20; Bhuiyan, the only survivor of the attacks, is fighting to save his life.

When Stroman entered the gas station, Bhuiyan initially thought it was a routine robbery.

"I opened the cash register, offered him the cash, and requested him not to shoot me," Bhuiyan tells weekends on All Things Considered host Laura Sullivan. "In reply he asked me, 'Where are you from?' And the question seemed strange to ask during a robbery. And I said, 'Excuse me?' And as soon as I spoke, I felt the sensation of a million bees stinging my face, and then heard an explosion."

Bhuiyan required medical attention for years after the attack. The bullet hit him on the right side of the face, leaving severe injuries, particularly to his right eye.

"I had to go through several surgeries and finally the doctor could save the eye, but the vision is gone, and I'm still carrying more than 35 pellets on the right side of my face," he says. "Once I touch my face, my skull, I can feel it's all bumpy. It took several years to go through all these painful surgeries one after another one."

Further complicating matters, Bhuiyan's family was still living in his native Bangladesh. When told what had happened, the family faced another kind of unexpected tragedy. 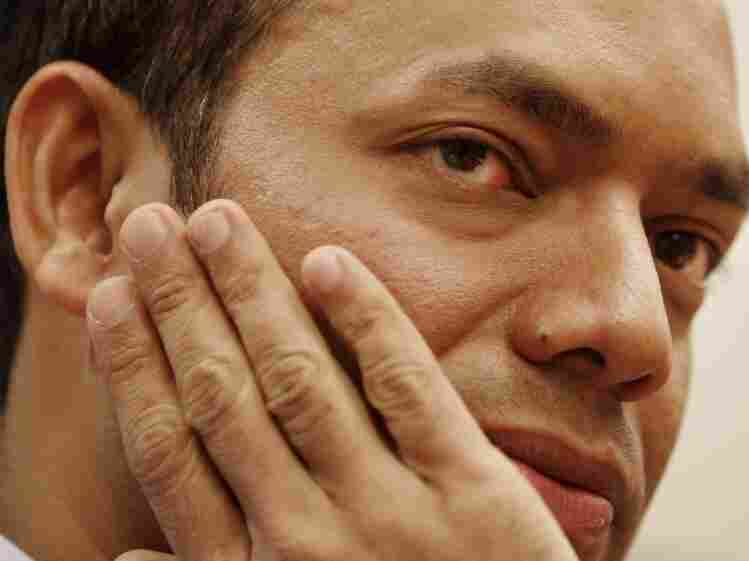 "My dad suffered a stroke when he heard the news that his son was shot in the face," Bhuiyan says. "My entire family — it was another trauma for them.

"They were out of food, they were out of sleep. They couldn't even do anything for at least three to four days, because they had no news from my side: ... What I was going through? Am I still alive? It was another disaster."

Despite the difficulties, Bhuiyan looked to his faith in order to find forgiveness.

"According to my faith in Islam, there is no hate, no killing. It doesn't allow anything like that," says Bhuiyan. "Yes, Mark Stroman did a horrible thing, and he brought a lot of pain and disaster, sufferings in my life. But in return I never hated him."

Bhuiyan has created a website called World Without Hate to educate others about hate crimes as a means of preventing them. He's also working with Amnesty International and Stroman's defense attorney, who has filed several appeals on Stroman's death sentence.

"I strongly believe executing him is not a solution. We will just simply lose a human life without dealing with the root cause, which is hate crime," Bhuiyan says. "In Islam it says that saving one human life is the same as saving the entire mankind. Since I forgave him, all those principles encouraged me to go even further, and stop his execution and save another human life."