Accessibility links
First Listen: BOBBY, 'BOBBY' BOBBY is the music of Tom Greenberg and a bunch of his friends. Together, their music radiates a sense of calm chaos that's engaging and all-encompassing. 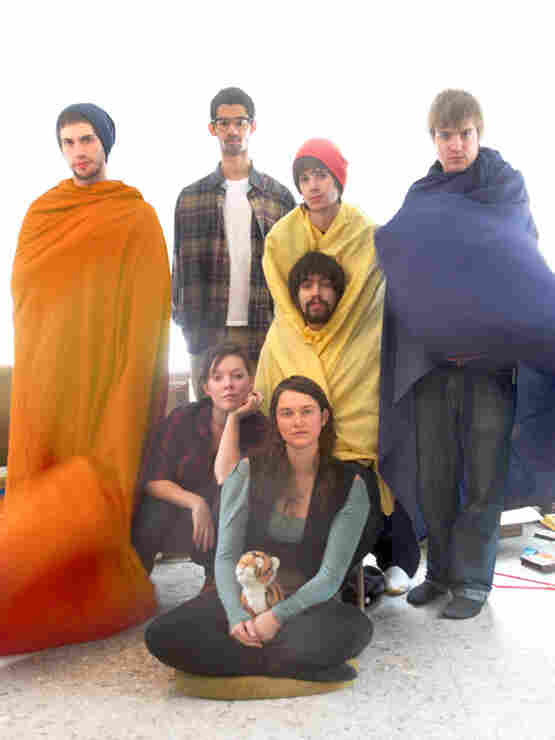 BOBBY's self-titled debut is out June 21. Courtesy of the artist hide caption 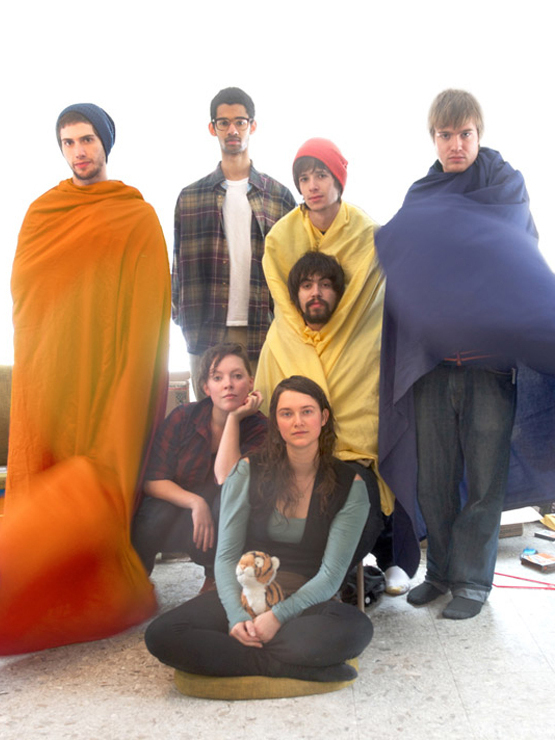 BOBBY's self-titled debut is out June 21.

Quiet but not ambient, the music of BOBBY provides relief from rock and dance records built around insistent, thumping beats. The band's songs often feel like many songs in one, with multiple rhythms playing out simultaneously, and I like the result more and more.

Built around Tom Greenberg and a bunch of his friends, BOBBY began as a senior project at Bennington College; a year later, it's a swirly, dreamy pool of songs. BOBBY includes friends mostly from Bennington, who became closer as they began sharing a house in the woods of Montague, Mass. Participants in the band include Molly Erin Sarle, Amelia Randall Meath (you may recognize her singing with Mountain Man), Julian Labat, Roby Moulton, Martin Zimmermann and Paolo Menuez.

I hear some of the usual ingredients in BOBBY, out June 21: acoustic guitars, electric bass, electric guitars, slide guitars, maybe a lap steel, vocals that are looped, doubled and processed. But then there's other stuff, like recordings of unidentifiable voices, whistling things (maybe they're synthesizers, maybe not), drippy sounds or ticking, tapping tones. It's all built so nicely, though it all sounds as if it's held together by barely a strand. Maybe it's that sense of calm chaos that attracts me to BOBBY.

I'd suggest taking some time with this record. BOBBY can float in the background — it's pretty that way — but it can be filmic, engaging and all-encompassing, too.