Accessibility links
Fight Ensues Over Facebook Money for N.J. Schools Last fall, Facebook founder Mark Zuckerberg gave a $100 million to improve public schools in Newark, N.J. But nine months later, jubilation over the gift has turned to anger and suspicion about the real purpose behind the money. 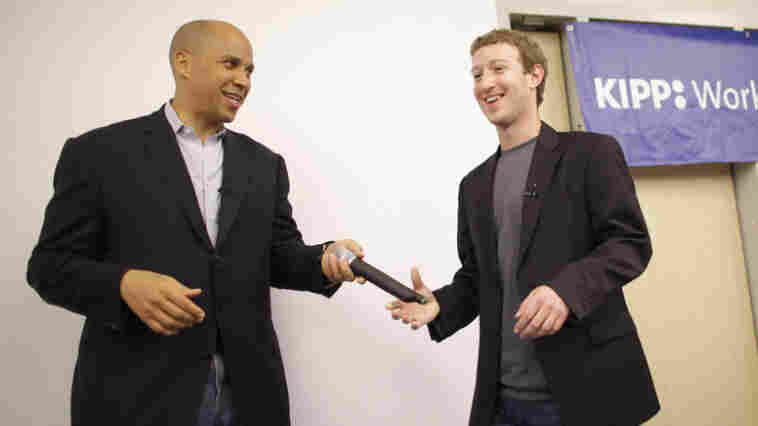 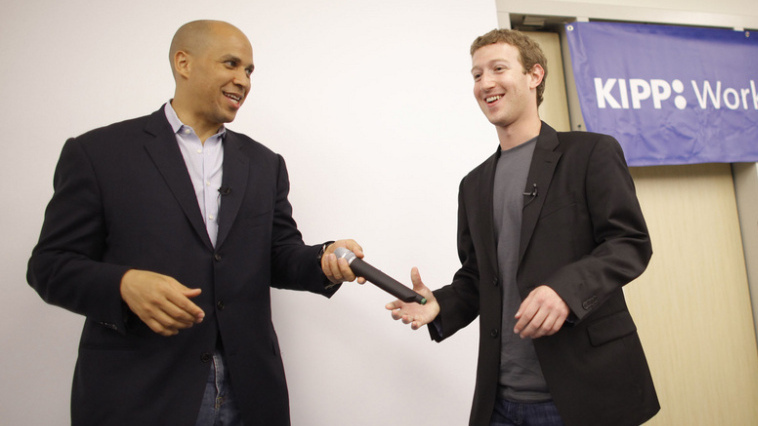 Newark Mayor Cory Booker and Facebook CEO Mark Zuckerberg in Newark, N.J., last fall. Zuckerberg donated $100 million to improve local schools, but some are worried the money will be funneled to the wrong places.

Nine months ago, Facebook founder Mark Zuckerberg announced a $100 million gift to improve public schools in Newark, N.J. The plan to spend the money is now taking shape, and a new superintendent is coming on board to lead the effort.

But in New Jersey, initial jubilation over the gift has turned into protests, suspicion and a belief that students will never benefit from the money.

Thousands of Newark residents turned up at school board meetings this spring to protest Mayor Cory Booker's reform agenda, most notably a plan to close underperforming schools and place charter schools alongside regular schools in the same building.

Lucious Jones, a parent and PTA member, attended one of those meetings.

People are also suspicious about who is making the decisions and whether they stand to profit. First, there's Chris Cerf, the new acting state commissioner of Education, who ultimately has control of Newark's schools because New Jersey took them over in 1995. 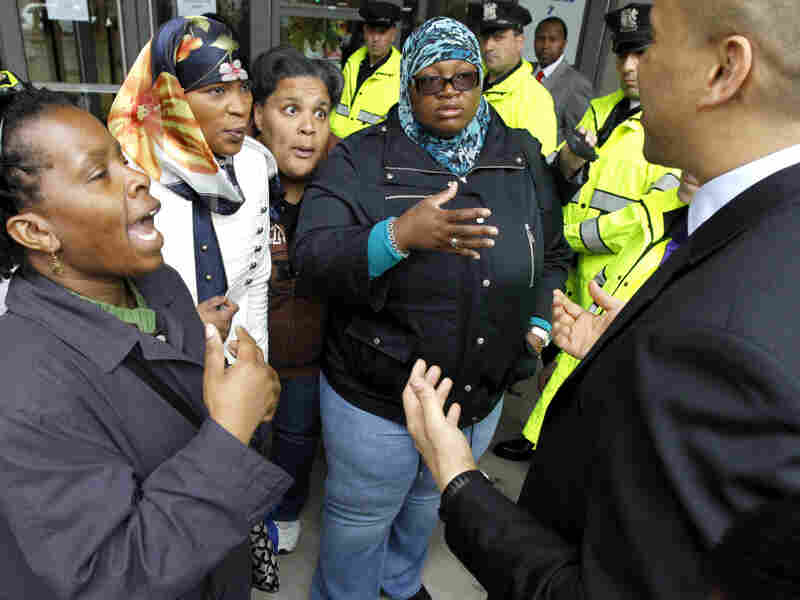 Newark Mayor Cory Booker, right, talks to community organizers after announcement of the Newark Public School chief in May. The organizers asked the mayor why the community wasn't invited to participate in the selection process. Julio Cortez/AP hide caption 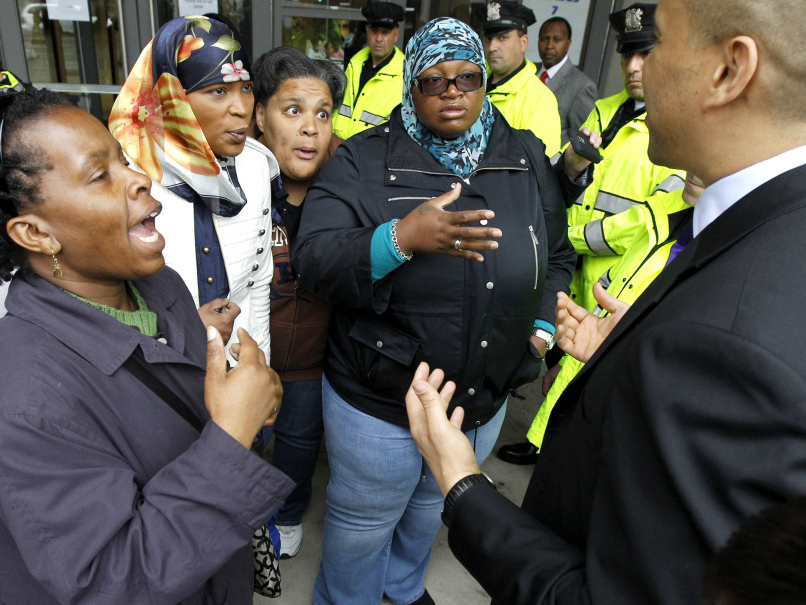 Newark Mayor Cory Booker, right, talks to community organizers after announcement of the Newark Public School chief in May. The organizers asked the mayor why the community wasn't invited to participate in the selection process.

Cerf is a founding partner in a firm that consults with school districts, including Newark. Now he sits on the board of the Foundation for Newark's Future, which was created by the mayor to double the Facebook gift and make the grants. The donors are venture capitalists, hedge fund managers and technology billionaires. Another board member works for Goldman Sachs, which donated to the foundation and also invests in for-profit education companies.

Paul Trachtenberg, a professor of education law at Rutgers, says it gives too much control of public institutions to private donors.

"It's driven by corporate notions of how one might run an efficient system of schooling — not really by focusing professionalization of education, but rather the reverse, of de-professionalizing the schools and assuming that if you're successful as a corporate manager, you can run a school system," Trachtenberg says.

A few days after Trachtenberg made these comments, Gov. Chris Christie announced he would hand over the operation of five under-performing schools in Camden to private companies. Trachtenberg says he fears Newark is headed in the same direction — privatizing education through charter schools and for-profit school operators.

"That's a horrible characterization, frankly," Booker says. "The focus of the Zuckerberg grant is not to fund charter schools, it will be going towards traditional district schools, so that's just a falsehood."

Booker says he intends to focus on extending the school day and shortening the summer break. He also wants to focus on hiring quality teachers, providing better training for the teachers already in Newark, and reducing administrative staff and regulations.

"We want to make our principals real school leaders and instructional leaders by liberating them from a lot of the compliance of a huge central bureaucracy," Booker says. "So this is some of the things we know we're going to be doing — focusing on the classroom, focusing on teachers, focusing on independence and autonomy in schools, but at the same time focusing on higher levels of accountability."

So the mayor may prove to be absolutely right, he may prove that the ideas he has are the ones we've been waiting for, but poor me, I just don't think so.

The mayor says he's planning to add more community representatives onto the board, but so far, he's failed to convince some of his long-time supporters, including the Rev. Bill Howard at Bethany Baptist Church.

"So when I say to him, 'Talk to educators,' he's says to me 'I'm talking to the educators!,' except I can't meet any he's talking to," Howard says. "He's asked me who he should talk to and I've recommended people. They haven't heard from him yet. So the mayor may prove to be absolutely right, he may prove that the ideas he has are the ones we've been waiting for, but poor me, I just don't think so."

Howard's church is home to a successful charter school, but he's concerned that too many privately-operated schools will ultimately undermine the public school district. He says much of the promise of school reform in Newark will depend on how quickly the mayor can build bridges in a community that is feeling a lot more suspicion than hope.