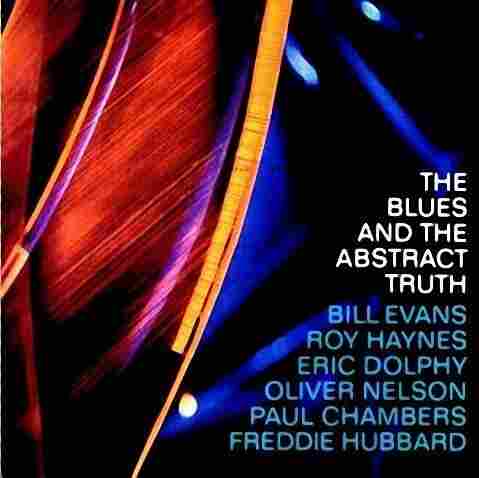 MURRAY HORWITZ, American Film Institute: That's a signal composition in jazz. Every jazz musician knows it. It's written by Oliver Nelson. It's called "Stolen Moments," and it is the lead track of a record that we are recommending for your Basic Jazz Record Library. The album is The Blues And The Abstract Truth, by Oliver Nelson. A.B. Spellman, why?

A.B. SPELLMAN, National Endowment for the Arts: Why? Because the album has great writing, great playing, and a real capture of the music of 1961, which was very much a live period in jazz.

HORWITZ: It was. We don't think of the 1960s as one of the great golden ages of jazz. But certainly in composition, and in the virtuosity of the playing, this record is as good as anything in jazz music, I think.

SPELLMAN: Yes, indeed. I think that you've got a lot of musicians who are at a very exciting point in their development. Eric Dolphy was new to the East Coast. He had come east with Chico Hamilton and he had worked with the Mingus band, and he was just starting to build his reputation.

HORWITZ: And he plays bass clarinet and flute.

SPELLMAN: Bass clarinet and flute. Bass clarinet was his instrument of choice, but I think that he was also an excellent alto saxophonist. But on bass clarinet, Eric Dolphy did things that other musicians, even classical musicians, could not do. Great leaps of intervals, great playing of octaves in his music, from top to bottom, very fast and very easily. It's very hard to do that on that instrument, I have been told.

HORWITZ: Let's talk about the music of Oliver Nelson. How would you characterize this composition? What makes this music different from other things we would hear at the time?

SPELLMAN: I think that you can hear in Nelson's writing his influences, which included the Duke Ellington/Billy Strayhorn group, as well as the compositions of Quincy Jones. I think one thing he shared with Quincy Jones was the ability to make a very small group sound large. So you hear the opening lines of "Stolen Moments" which we played a bit earlier, and you think that you're listening to a much larger band than you're hearing. That shows very good writing.

He was a very studied musician. And with this very particular record, he was anxious to explore the chordal structure of the blues. He does that well. He also refers to the basic Gershwin structure of "I Got Rhythm" as being something that he wanted to work from here.

HORWITZ: It's true. The blues is all through this record.

HORWITZ: It would be criminal not to mention the rhythm section of this album. These are three of the greatest players ever assembled for any session, I think.

SPELLMAN: And, they're full collaborators in the music. Please do not omit this rhythm section as you listen to this recording. Roy Haynes is a fabulously articulate drummer. Bill Evans is extremely sensitive and very broad in the scope of his playing. He's a very, very subtle pianist. And Paul Chambers, of course, was the bassist of the time. It seems that Paul Chambers was on almost every record that was worth buying.

HORWITZ: It's true. Including this one. This is very much worth buying. In fact, we think that you ought to have it as part of your Basic Jazz Record Library. It's called The Blues And The Abstract Truth, by Oliver Nelson. It's on the Impulse label. For NPR Jazz, I'm Murray Horwitz.

Album
The Blues and the Abstract Truth
Artist
Oliver Nelson