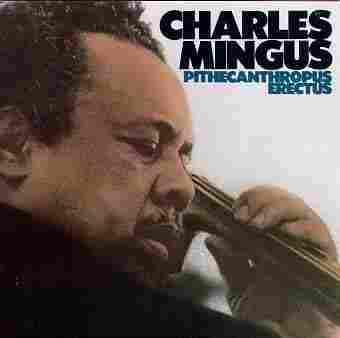 Charles Mingus on the Web

MURRAY HORWITZ, American Film Institute: That sounds like a whole lot more than five people swinging, but that's all there is producing that great, orchestral sound. It's the work of Charles Mingus on the CD Pithecanthropus Erectus. And A.B. Spellman, tell us why it should be a part of the NPR Basic Jazz Record Library.

A.B. SPELLMAN, National Endowment for the Arts: First of all, it's incredible music. It's music that will last a very long time, and you will always find surprises in it. But also, it's of great historical importance. "Pithecanthropus Erectus" is one of those compositions that sort of change the direction of things.

SPELLMAN: Mingus didn't write down charts for Pithecanthropus Erectus. He basically set up systems of notes that could be played in various places, and allowed the musicians to figure all that out. So, even though you don't hear a lot of wildness in here, you do have a much more liberal kind of way of expressing and opening up composition then you have heard before.

HORWITZ: So, it kind of prefigures the free jazz that came in the 1960s and beyond.

SPELLMAN: It did prefigure the free jazz, and it also liberated jazz quite a bit. It sort of shook everybody up. All the jazz musicians, they had to sit up and pay attention to this, and a lot of composition followed.

HORWITZ: Right. This album actually has movements. Right? This is a very organized composition.

SPELLMAN: And the movements describe the career of Pithecanthropus Erectus. Mingus saw this as the first upright human being and assumed that since he was so proud of standing up, he saw himself as the ruler of the world. And as the ruler of the world, he became rather arrogant. And then, this arrogance makes a counterattack with nature, which led him into decline, and eventually he fell into extinction.

HORWITZ: This isn't the only piece that's on this CD.

SPELLMAN: No, it's not the only one at all. There's also a very good rendition of "A Foggy Day." It is a Gershwin composition, of course, and it will remind you of Gershwin's "An American In Paris," because it does try to evoke a street scene. In this case, Mingus locates a foggy day, not in London, where it was originally intended to be set, but in San Francisco, where he spent much of his youth.