Accessibility links
Yellow Ostrich: A Gem In The Demo Pile Alex Schaaf, a Wisconsin native living in New York City, performs as the indie-rock band Yellow Ostrich. KEXP host John Richards loved Schaaf's demos so much, he brought the fledgling act into the studios for a live session.

Yellow Ostrich: A Gem In The Demo Pile 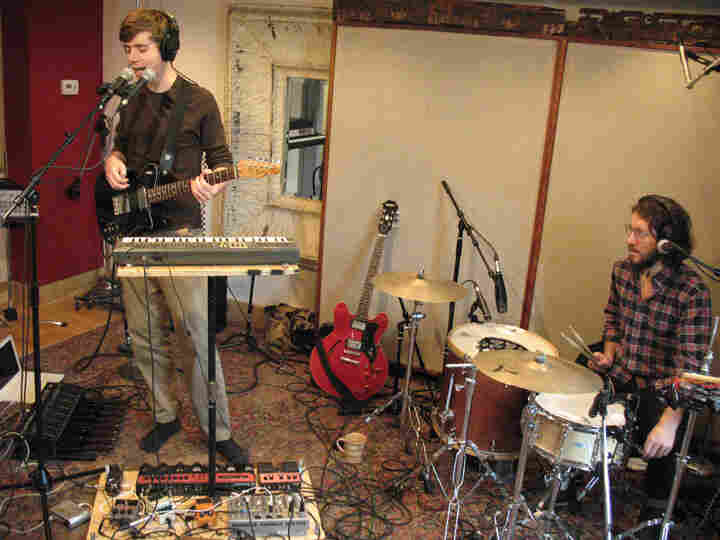 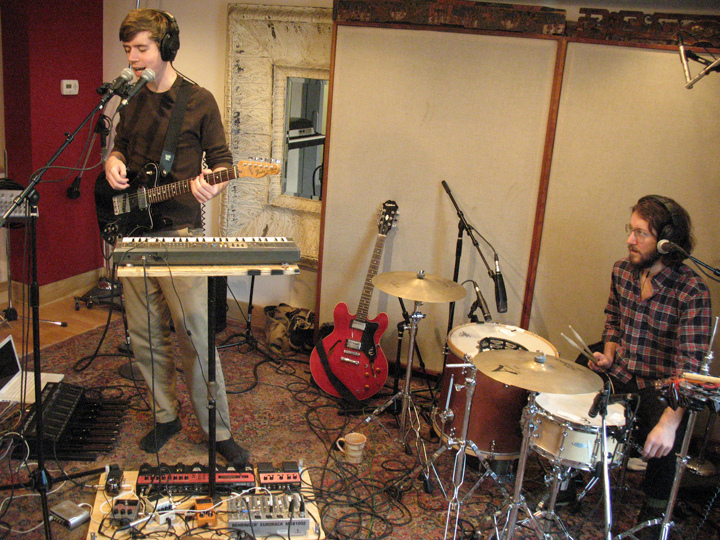 View Photos From This Session

It's not often that we book an in-studio session based on one or two unreleased demos from a brand-new band we've never played before. But there was something about the sound of Yellow Ostrich that felt new and fresh and totally original.

I had the same feeling when I first heard Vampire Weekend or Clap Your Hands Say Yeah's first demo; there's a similar flair for fun, smart, structured pop with energy and passion. It's something you don't hear very often.

So we took a chance and booked Yellow Ostrich at the Cutting Room Studios in New York City while I was in town doing the show. Turns out there's really one main guy behind the band, Alex Schaaf, and he's backed with a fantastic drummer: Michael Tapper, who has played with We Are Scientists and Bishop Allen. So this tall, young and very friendly guy starts laying down a ton of pedals, a keyboard and his guitar, and as he's playing I realize he's performing the bass parts with his feet, sampling himself, singing and switching between keys and guitar.

I hadn't seen this much multitasking since Andrew Bird stopped by the show; granted, there was less whistling, but that's probably better left to Bird. The set consisted of four very quick-witted, tight pop gems that instantly sent my email blowing up with new fans, and even fellow DJs asking who this was.

Yellow Ostrich has a bright future — it sure made my show sound great that morning. I can't wait for the world to hear it.