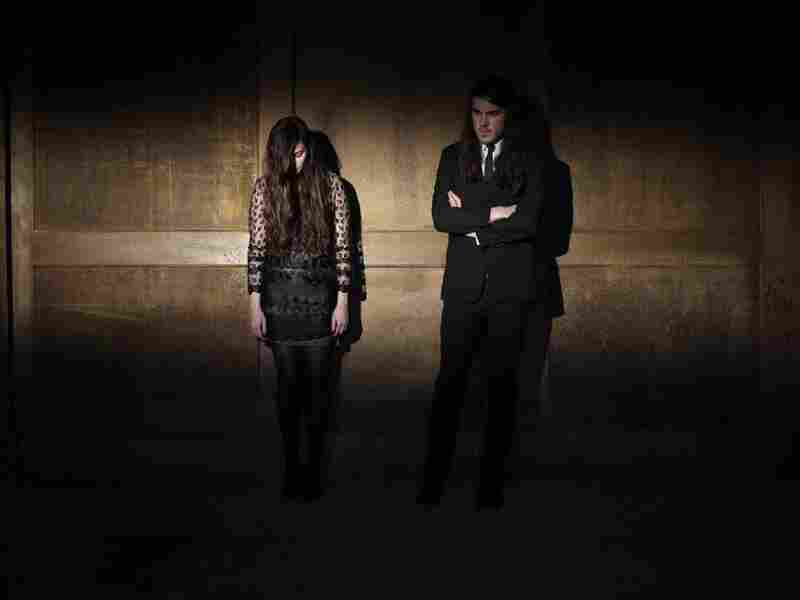 Cults' debut album is due out on June 7. Martin Sanmiguel/Courtesy of the artist hide caption 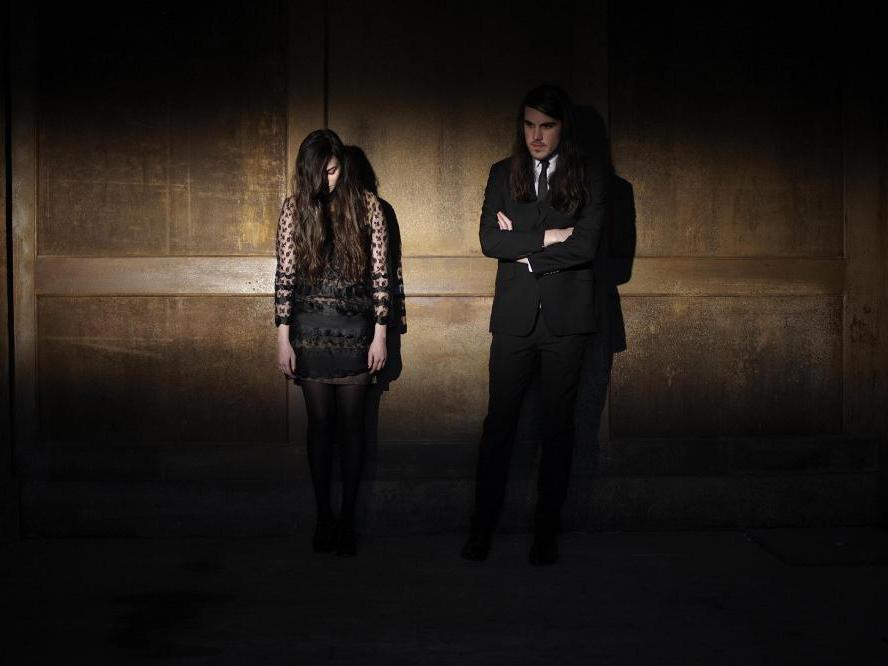 Cults' debut album is due out on June 7.

Martin Sanmiguel/Courtesy of the artist

When we got our first taste of the Brooklyn band Cults earlier this year, winter was still holding on strong. The group's self-released Go Outside 7" sailed in like a welcome, balmy breeze. No one knew much about the mysterious then-duo, which sported no official website and a nearly un-Googleable name. (Seriously, if you're looking for biographical information, searching "Cults members" won't help.) But that didn't matter — what wasn't to like? We warmed our hands over Cults' summery groove, with its twinkling xylophone and girl-group vocals, without a second thought.

But don't dismiss those sweetly sung hooks: The band's self-titled debut, due June 7, isn't just a concoction of simple sugars. True to its name, Cults plants something a bit darker beneath its sunny pop songs. Peel back the layers of Brian Oblivion's hazy guitar riffs and Madeline Follin's Shangri-Las harmonies, and you'll find ominous rain clouds amidst the sunshine. "Go Outside" may have felt like a lazy prod into the outdoors back in winter, but listen again now: It opens with the first of a few less innocuous samples from cult leader Jim Jones' infamous Death Speech. "To me, death is not a fearful thing," he says. "It's living that is treacherous."

Cults presents a series of contrasts caught somewhere between extremes. Even as the band doles out '60s dancehall shimmies and sways, Follin is slowly singing herself out of debilitating anxiety. Holed up and staring unease in the face through songs like "You Know What I Mean" and "Bad Things," Follin finds that the very fear of impending disaster is exactly what helps her work up the courage to bolt. "I never wanted a single thing for my life / All I wanted was to know that I have never wasted my time," she sings with urgency in "Oh My God." Cults is an album in search of the point at which the fear of living is weighed against the fear of death; it's designed to bring us back outside into the light rather than into our own darkness. If a little bit of musical sugarcoating makes that journey go down easier, all the better.