Accessibility links
Mark Turner Quartet: Live At The Village Vanguard He has no website (yet) and no records as a leader in the last 10 years. But he's probably the most influential tenor saxophonist of his generation. Hear a live recording from the legendary venue. 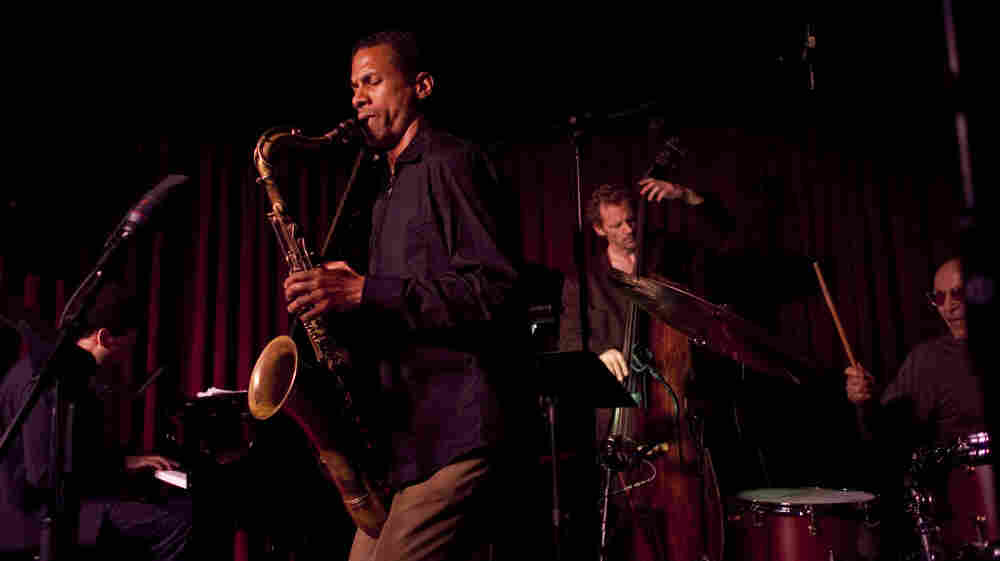 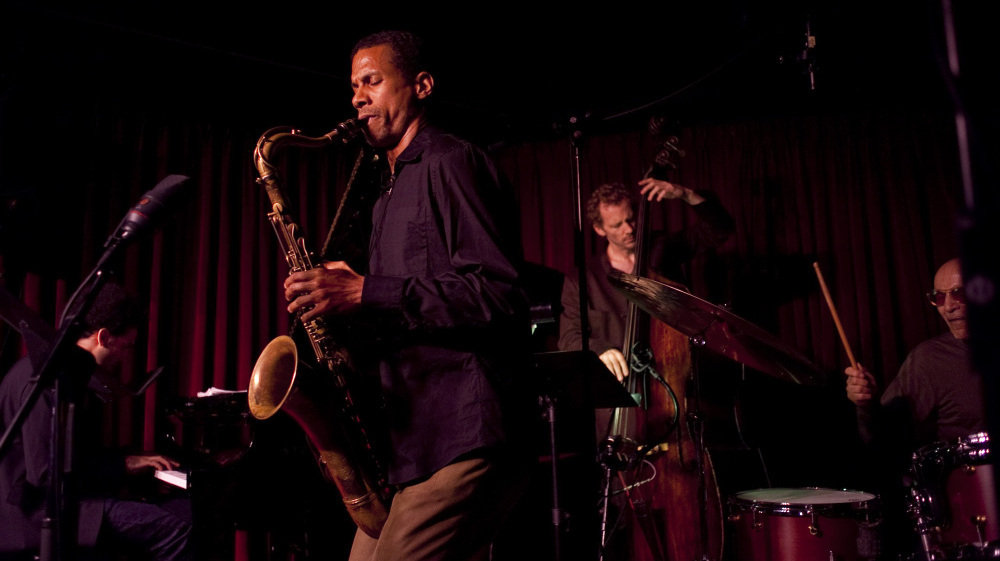 The kids these days: They want to sound like Mark Turner. Well, at least the saxophone students do, and sure, certainly not all of them. But he's still probably the most influential tenor man of his generation. Why is that?

Perhaps you haven't heard of Turner, if you don't follow modern jazz closely. He hasn't put out any records as a clear leader for about 10 years now; he has no website. But he has an innovative sonic signature, a certain floating chromaticism, rhythmic mindfulness and lightness of tone, filled with subtleties. Basically, his music has personality, which keeps the best musicians ringing his phone, and the aspiring ones listening hard.

Hear for yourself. Turner marshaled a band for a week at the Village Vanguard in New York City, including the talismanic drummer Paul Motian. WBGO and NPR Music presented a live webcast of the Mark Turner Quartet live from the club on Tuesday, June 21.

Turner is known for having studied the pantheon of saxophone masters in depth: The John Coltranes, Joe Hendersons, Dexter Gordons and Sonny Rollinses. But unlike many of his peers, he's also assimilated much information from Warne Marsh, the tenor saxophonist known best as an associate of pianist Lennie Tristano. In other words, Turner has absorbed some unusual stuff, which has helped give his playing its "who else would think to do that?" qualities. With him this go-round were pianist David Virelles, a young and increasingly sought-after musician from Cuba via Canada, and bassist Ben Street, who's partnered with Turner on many a gig over the years. As for Paul Motian, at 80, he's still something like the Vanguard's unofficial drummer-in-residence, and a loose, iconoclastic player at that.

Mark Turner grew up outside Los Angeles, and is among the many acclaimed musicians who attended music school in Boston in the late '80s and early '90s. He then moved to New York, where in a sunnier time for the jazz recording industry, he was offered a record deal with a major label. After four albums, the industry forecast was not so sunny, and he was dropped. Turner has continued many of his musical associations, though: most notably, his longstanding mind-meld with guitarist Kurt Rosenwinkel, as well as Fly, the collaborative trio he co-leads with bassist Larry Grenadier and drummer Jeff Ballard.

Not surprisingly, Turner is a frequent performer at the Vanguard. He's appeared on NPR Music and WBGO's Live at the Village Vanguard series at least four times in the last three years. Those are only the appearances we've recorded; when he takes the stage next Tuesday, it will have been less than a week and a half since was last there, in the quartet of drummer Billy Hart. This show, however, his name was atop the poster by the red doors.