Accessibility links
Catholic University To Phase Out Co-Ed Dorms University President John Garvey says co-ed housing contributes to a culture of binge drinking and casual sex that conflicts with Catholic values. The college will be the first to take away co-ed dorms. 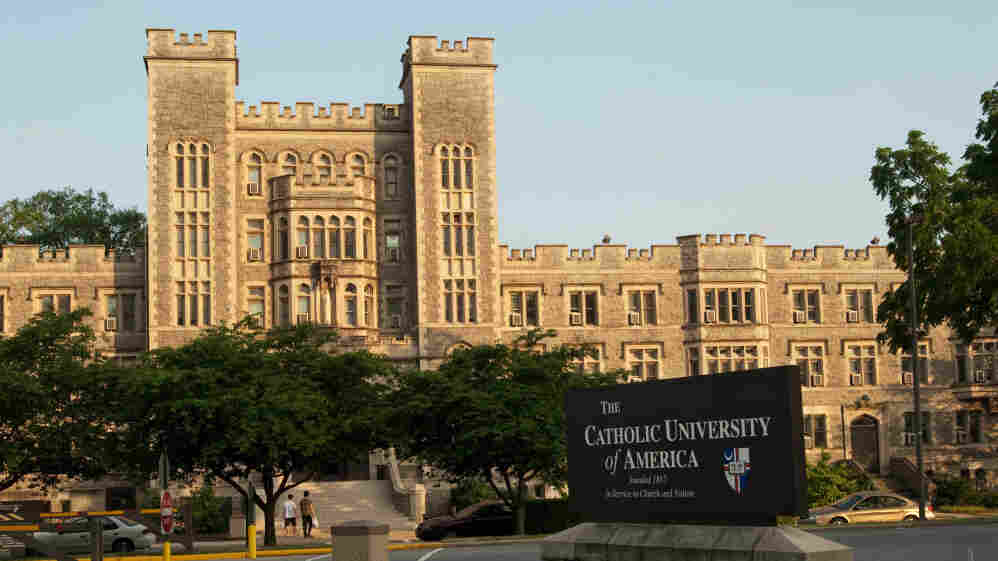 Gibbons Hall at Catholic University of America in Washington, D.C., will be switching from co-ed dorms to single-sex dorms in the fall. Emily Bogle/NPR hide caption

At colleges across the country, some 90 percent of student housing is co-ed. Now, Catholic University in Washington, D.C., wants to turn back the clock.

The college is returning to single-sex dorms. The university hopes to fight back against a culture of binge drinking and casual sex.

Universities started letting young men and women live in the same buildings in the late 1960s. In 1970, a Life magazine cover story called co-ed dorms an "intimate revolution." Now, it's become too intimate for some. Catholic University President John Garvey says co-ed housing fosters a culture of "hooking up" and binge drinking.

In making his decision, he looked to a time before the revolutions of the '60s.

"Aristotle suggests, in the Nichomachean Ethics, that you need to live a virtuous life to point you in the right direction," Garvey says.

Garvey announced the move in a Wall Street Journal op-ed, where he acknowledged it was "slightly old-fashioned." 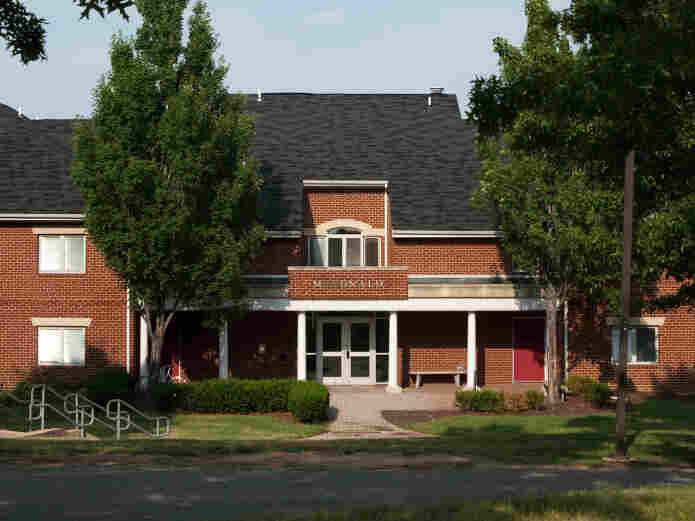 "I think it's countercultural for a university to say that it's part of our business to concern ourselves with the development of our students in the practice of virtue, as well as in their intellectual faculties," he says.

Garvey also cites a 2009 study that found students in co-ed dorms are twice as likely to binge drink and have multiple sexual partners.

Brian Willoughby, a professor at Brigham Young University, authored the study. "A lot of people will ask me, 'So, is your research saying we should just get rid of co-ed dorms?' And I don't think that's what the research is saying," he says.

Willoughby says his work suggests universities should be making policies based on research and evaluation, not just student preference. But, so far, the research in this field is not conclusive.

David Anderson, a professor at George Mason University, says co-ed dorms can improve student behavior. He's been studying drugs and alcohol on college campuses since 1979. And, he says, co-ed dorm mates look out for each other, like brothers and sisters.

He says administrators often attack the symptoms of campus alcohol problems, not the root causes. "To look at single-sex residence halls as halting behavior, it may just be halting the location of the behavior rather than halting the behavior," he says.

Megan Dever, a graduate student at Catholic, has lived in both types of dorms. "I lived in a single-sex dorm my freshman year, and you have just as much exposure to the situations he's trying to prevent," she says.

But freshman Germinal Van thinks living with the opposite sex can be a distraction. "When we mix the students, they don't really focus on their work. Girls prefer to hang out with their boyfriends, and vice versa," Van says.

Bridget Walsh, who just graduated, says restrictions like this are par for the course at a Catholic institution. "Being a student here for the past four years, you get used to that really quickly. Sometimes it works out for the better, and sometimes you have to grin and bear it," she says.

Next year, only freshmen will have to live in single-sex dorms. The new policy will be phased in one year at a time.