Accessibility links
It's Emmy Season, And The Nominees Should Be... Critic Eric Deggans looks ahead to the Emmy Awards and has a few suggestions for voters about who deserves to be nominated. His choices span cable and broadcast, fantasy and police dramas, and one very clueless government employee. 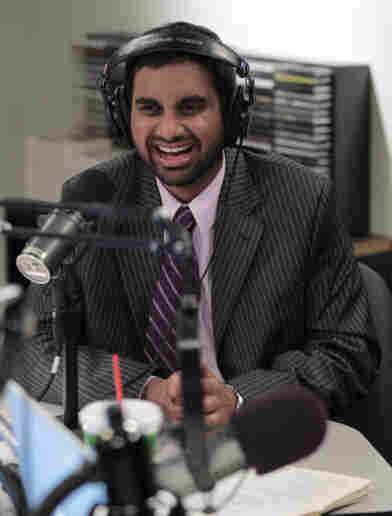 It's hard to imagine, at a time when we're mostly thinking about the beach and the next cycle of empty-headed summer TV fare like Jersey Shore. But the powers that be in Hollywood are selecting what will be hailed as the best examples of television excellence right now – voting on final nominees for the Emmy awards.

Ballots featuring potential nominees were posted online for Emmy academy voters last week; votes are due Friday. Which means most TV critics are making noise right now about who they'd like to see recognized.

To fuel an interesting discussion, I suggest sidestepping all those expected to be recognized, including The Office's Steve Carell (a star who finished his final season on a popular comedy), Justified's Timothy Olyphant, Mad Men's Jon Hamm, The Good Wife's Julianna Margulies, Steve Buscemi from Boardwalk Empire and anyone within spitting distance of Modern Family.

Instead, lets focus on names which haven't been discussed much before, in hopes some Academy members might pay attention:

Margo Martindale, Justified: I actually think lots of people will want to honor Martindale, who plays another in a long line of secretaries and best friends this fall in CBS' A Gifted Man. But on Justified, she shone as deadly, manipulative Kentucky crime boss Mags Bennett, well worthy of a supporting actress nomination in drama.

Regina King, Southland: Mesmerizing as a street-smart police detective who avoids many of the clunky cliches of women on conventional cop shows. Though she does wind up sleeping with her partner's twentysomething son, it's to King's credit that the storyline remained oddly compelling. A supporting actress drama nod would be wonderful.

Leading roles nominated in supporting categories: Especially in the actress categories, there seemed to be several women advanced for consideration as supporting players who I felt deserved a shot at leading actress nominations — perhaps a strategy to avoid competing with the star power of the bigger categories. Still, King, Boardwalk Empire's Kelly McDonald and Treme's Khandi Alexander probably should have been nominated as leading actresses, given their strong work on ensemble shows.

Aziz Ansari, Parks and Recreation: Yeah, stars Amy Poehler and Rob Lowe get all the ink. But that just lets Ansari fly under the radar to steal every scene he lands in, as a government office worker so clueless he'll try for a part time job at Lady Foot Locker just to hit on women.

Michael Shannon, Boardwalk Empire: Stage veteran Shannon was amazingly creepy as Nelson Van Alden, the super-religious government agent who finds his obsessive quest to bring down Buscemi's gangster-in-the-making Nucky Thompson corrodes his life and pushes him to murder. Supporting actor in drama, for sure.

Peter Dinklage, Game of Thrones: The smallest, weakest adult character makes one of the strongest impressions on HBO's Lord of the Rings-style adventure. Smart and expert at using his wit to manipulate and outfox physically superior opponents, Dinklage's Tyrion Lannister, the dwarf son of a powerful lord, turns his outcast status into a badge of honor, winning the grudging respect of his father. Supporting actor drama, for sure.

Who are you hoping to see nominated for Emmy glory?

Eric Deggans is the TV and media critic for the St. Petersburg Times.