Accessibility links
DVD Picks: 'Cedar Rapids' Ed Helms stars as a naive but lovable insurance salesman, thrilled to be attending a conference in Iowa. The movie is a nifty little charmer that clearly didn't strike audiences as a must-see at the multiplex — but it turns out to be just perfect for the rec room. 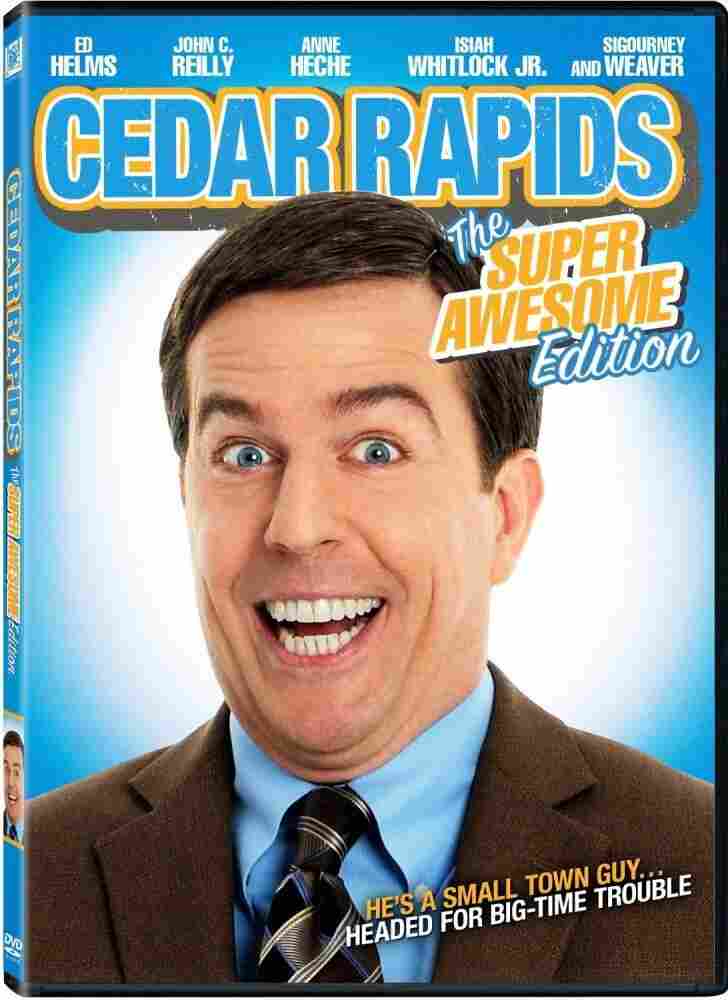 Time now for our home-viewing segment — movie critic Bob Mondello's recommendations for film buffs who like to pop their own popcorn and pop in a DVD. This week, he's touting Cedar Rapids, a comedy that was just in theaters a few weeks ago.

Innocence has always been comedian Ed Helms' trump card, whether he's playing a dim bulb in The Office or a suggestible and ultimately tattooed dentist in the Hangover movies. But even for him, insurance salesman Tim Lippe is a naif: a guy who's never set foot outside of Brown Valley, Wis., and who is dating his seventh grade teacher (a sweetly deadpan Sigourney Weaver.)

For Tim, an insurance agents' convention in Cedar Rapids, Iowa is a trip through the looking glass. Everything's new: His first plane ride, a shiny red Chevy compact rent-a-car that makes him feel like he's won the lottery, a girl (Alia Shawkat) who asks for a cigarette and gets a butterscotch candy instead (she's a prostitute, though he won't realize that for quite a while). Also a hotel clerk whom Tim suspects of some kind of nefarious scheme when he asks for a credit card at check-in.

Tim's not dumb, let's note, just inexperienced. So some other insurance agents, played with disarming cynicism by Ann Heche, charm by The Wire's Isiah Whitlock Jr. and much hugging and backslapping by John C. Reilly give him a crash crash course in alcohol, ethics and, of course, women. Many shots of cream sherry later, Tim's attended everything from a lesbian wedding to a crystal meth party, and somehow managed to emerge every bit as principled and upstanding as he went in.

Cedar Rapids is a nifty little charmer that clearly didn't strike audiences as a must-see at the multiplex, but that turns out to be just perfect for the rec room. In this case, provided there aren't any small kids around since the language is pretty blue. The film, though, is as sweet as its hero.