Accessibility links
Sotomayor Opens Up About Diabetes For Youth Group The Supreme Court justice, a lifelong diabetic, told a crowd of children with type-1 diabetes that she was 7 years old when the first hints of the disease appeared in her life. But she said the disease has taught her two things: discipline and to pay attention to her body.

Sotomayor Opens Up About Diabetes For Youth Group

Sotomayor Opens Up About Diabetes For Youth Group 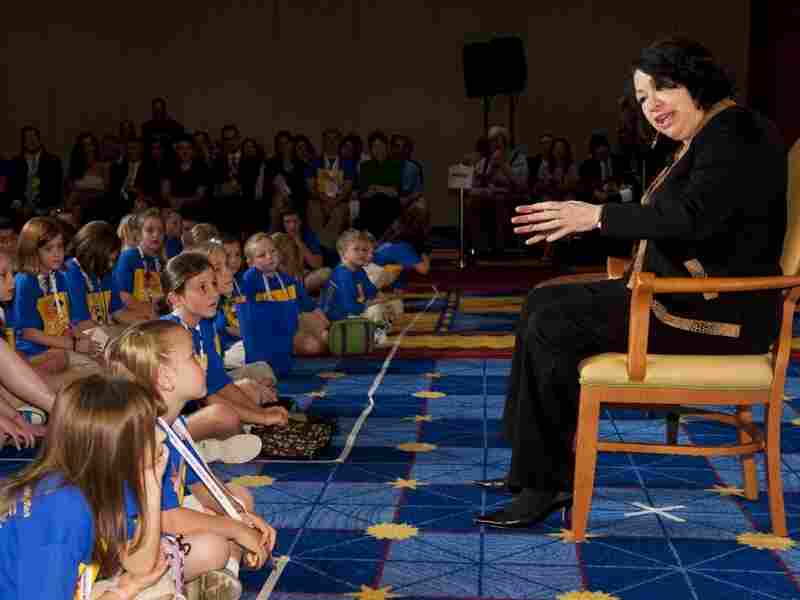 Justice Sonia Sotomayor told a group of children with type-1 diabetes about her struggles with the disease. She spoke Tuesday to the Children's Congress of the Juvenile Diabetes Research Foundation. JDRF hide caption 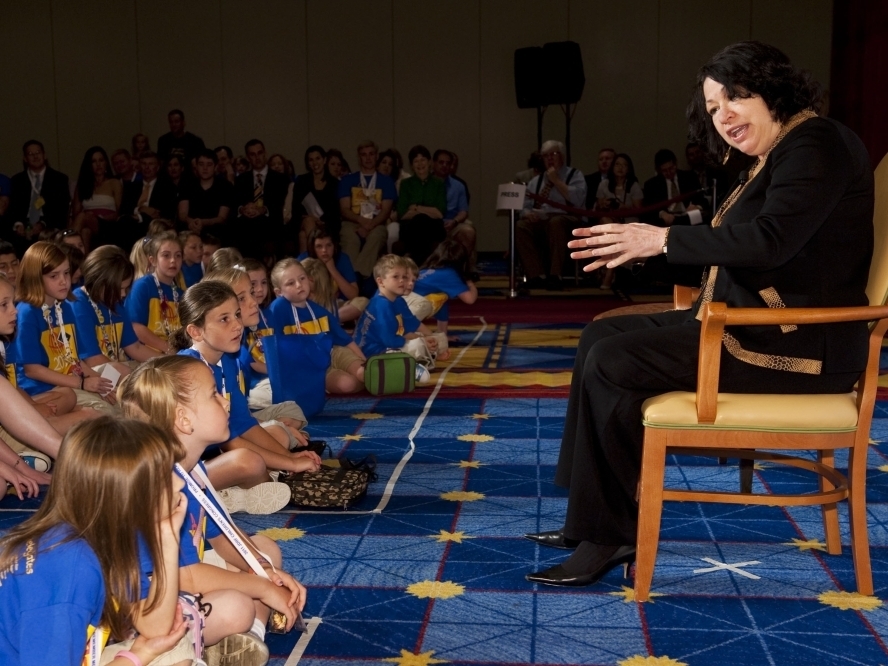 Justice Sonia Sotomayor told a group of children with type-1 diabetes about her struggles with the disease. She spoke Tuesday to the Children's Congress of the Juvenile Diabetes Research Foundation.

Supreme Court Justice Sonia Sotomayor, a life-long diabetic, told a crowd of children with type-1 diabetes that she was 7 years old when the first hints of the disease appeared in her life. She fainted in church, was thirsty all the time, so she drank too much water and wet her bed.

"I was ashamed," the justice said in opening remarks Tuesday to the Children's Congress of the Juvenile Diabetes Research Foundation. Her parents soon took her to the hospital where she was diagnosed with type-1 diabetes.

It was the first time she had seen her mother cry, she said. And when the doctor told her that diabetes wasn't so bad, Sotomayor thought to herself, "If it isn't so bad, why is my mommy crying?"

Seated in an armchair with about 150 children on the floor around her, Sotomayor delivered a personal message of inspiration and perseverance to children who also suffer from the disease.

Diabetes, she said, has taught her two important things.

First, discipline. When she was a child, there were no disposable needles for insulin shots, so she had to wake up early to boil water and sterilize the needles. She soon learned to use that time to do other things: brush her teeth, pick out her clothes. "I learned to multitask," she said, adding that she soon learned to apply the discipline of managing her disease to her studies.

Second, she said that diabetes has taught her pay attention to her body. She always calculates how a meal will affect her, how the stress of her job will affect her, and she constantly monitors her blood sugar.

Even before she goes on to the bench at the Supreme Court in the morning, she does a quick blood sugar test to see if she needs an insulin shot.

Indeed, as she observed, the technology of dealing with diabetes has changed markedly since she was a child. Today, diabetics can simply prick a finger to get a blood sugar reading. But when she was a child, she used a razor.

Sotomayor spent about a half-hour with the children on Tuesday, responding to their questions with candid answers. When one of the children in the audience asked whether dealing with the disease would "get better" as she grew up, Sotomayor replied, "Absolutely!"

She acknowledged that in the years after her childhood diagnosis, she came to agree with the doctor that it "wasn't so bad," but she added, "It was still bad." Over time, however, she learned to give herself shots so that nobody even noticed. Indeed, friends say, she is such a master of the surreptitious shot that people seated at the dinner table with her are oblivious.

The justice spoke to the children in tones both reassuring and realistic.

Diabetes, she told the children, should not stop you from doing what you want.

"I have the job of my dreams – it's a cool job," she said, while acknowledging that "diabetes is a constant part of my life."

The children at Tuesday's event ranged in age from 4 to 17. A 10 grader with judicial aspirations asked Sotomayor what she did in 10th grade to become a Supreme Court justice. "Nothing," she replied, adding that she didn't even know what the Supreme Court was until she was in college.