When Le Trio Joubran unleashes its pent-up passions in a racing pulse, "Nawwar" is hypnotic and bliss-inducing. Courtesy of the artist hide caption 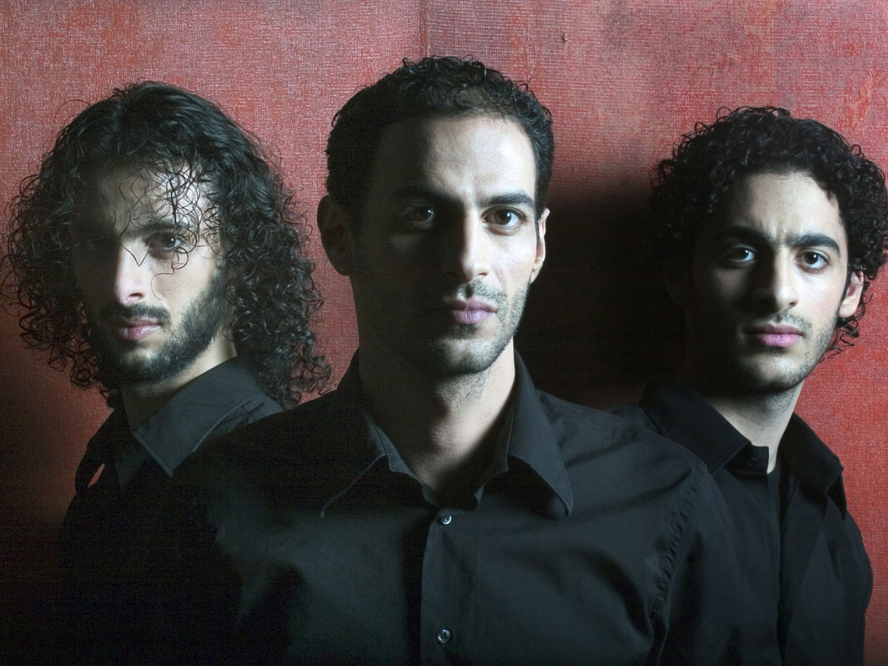 When Le Trio Joubran unleashes its pent-up passions in a racing pulse, "Nawwar" is hypnotic and bliss-inducing.

The title of Le Trio Joubran's latest album, AsFar, indulges in a bit of significant bilingual word play. In Arabic, asfar means "journeys" or "travels," but the fact that it could also be read in English as "as far" is no accident. This fifth release from three Palestinian brothers from Nazareth — Samir, Wissam and Adnan Joubran, who all now live in Paris — provides a primer in how to keep Arab classical tradition fresh, vital and relevant, and serves as something of a diary of their own personal voyage beyond their troubled homeland.

Descendents of three previous generations of oud makers and players, the Joubrans are seriously gifted players whose knowledge of maqam — the melodic, modal traditions of Arab classical music — is as obvious as their technical chops. But there's nothing ponderous or emotionally remote about their playing; the tracks are as compact and hard-hitting as anything in rock. In "Nawwar," the three play a central melody over and over again, and it's as insistent, sinuous and indelible as a walking bass line. They let the tune unfurl with the accompaniment of flamenco-style handclaps and the grounding of percussion played by a fellow musician from Galilee, Youssef Hbeisch. The trio unspools the music languidly, even allowing itself to linger for a moment in gorgeous curls of melodic ornaments. But then, when Le Trio Joubran finally lets its pent-up passions unleash in a racing pulse, the effect is hypnotic and bliss-inducing.