Accessibility links
North Carolina Considers Compensating Forced Sterilization Victims Barely 40 years ago, more than half of U.S. states had eugenics laws that made it legal for states to sterilize people against their will. North Carolina is now considering compensating those victims. On Wednesday, a state panel heard from some who were mostly poor, uneducated — and often just girls when it happened. 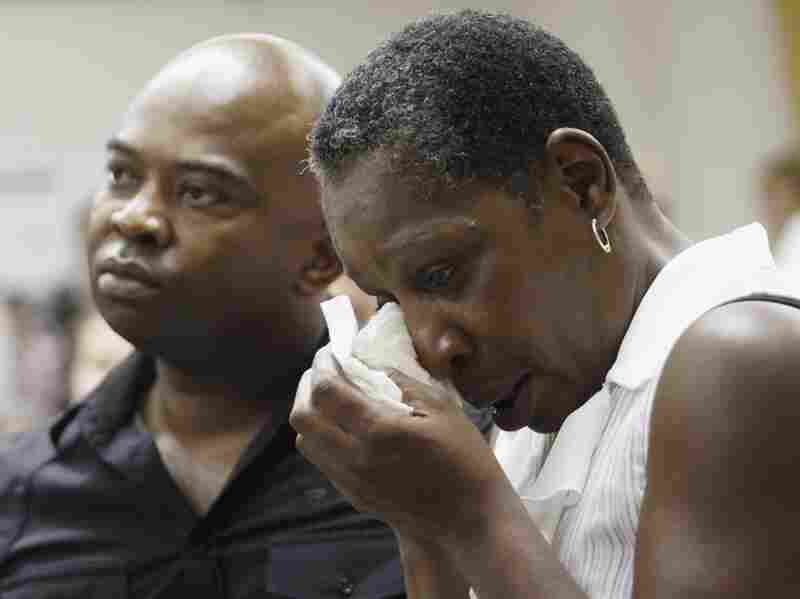 Elaine Riddick sits with her son, Tony Riddick, at a hearing before a state panel in Raleigh, N.C., on Wednesday. Jim R. Bounds/AP hide caption 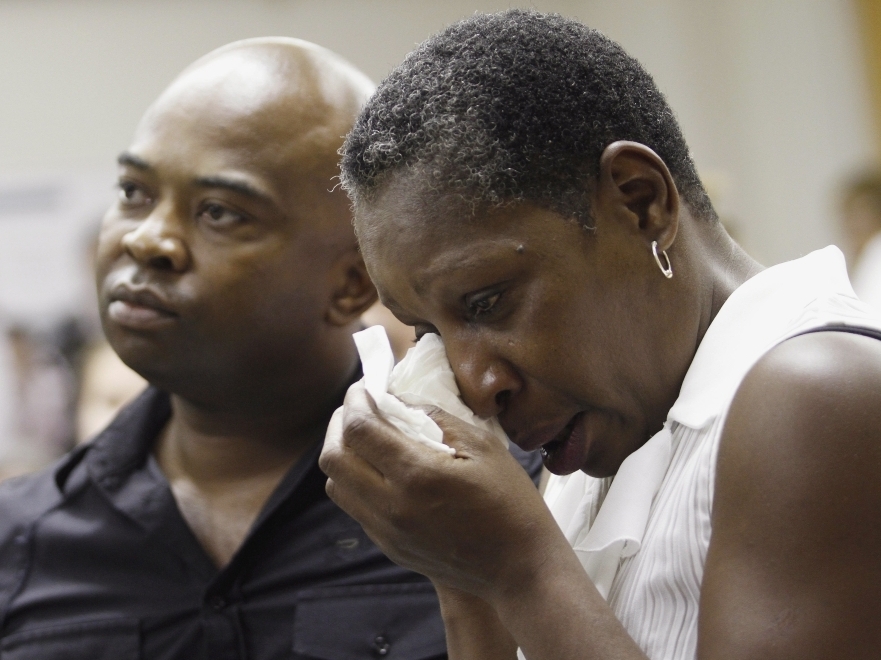 Elaine Riddick sits with her son, Tony Riddick, at a hearing before a state panel in Raleigh, N.C., on Wednesday.

Barely 40 years ago, it wasn't uncommon for a single mother on welfare, or a patient in a mental hospital in North Carolina, to be sterilized against her will.

But North Carolina wasn't alone: More than half of states in the U.S. had eugenics laws, some of which persisted into the 1970s.

North Carolina is now considering compensating its sterilization victims. A state panel heard from some of them Wednesday. They were mostly poor and uneducated — both black and white — and often just girls when it happened.

'They Cut Me Open Like I Was A Hog'

Elaine Riddick says she was sterilized at the age of 14. The state of North Carolina said Riddick was promiscuous and didn't get along well with others.

"I couldn't get along well with others because I was hungry. I was cold. I was a victim of rape," Riddick says.

A Discussion on N.C. Eugenics Program

Why US Continued Eugenics Programs Post-Holocaust

Pregnant from that rape, Riddick gave birth to her only son in 1968. During the C-section, doctors sterilized her. A consent form shows the "X" mark of her illiterate grandmother. Riddick didn't know she'd been sterilized until she was 19, married and ready to have more children. She's now 57 and shared her story — through tears — at a hearing of state officials Wednesday in Raleigh.

"I have to get out what the state of North Carolina did to me," Riddick says. "They cut me open like I was a hog."

Nearly 7,600 men, women and children as young as 10 were sterilized under North Carolina's eugenics laws. While other state sterilization laws focused mainly on criminals and people in mental institutions, North Carolina was one of the few to expand its reach to women who were poor. Sterilization was seen as a way to limit the public cost of welfare. Social workers would coerce women to have the operation under threat of losing their public assistance. That's how 65-year-old Nial Ramirez lost her ability to have more children. She was too ill to attend the hearing, but sent her daughter, Deborah Chesson, with a letter to read:

I have to get out what the state of North Carolina did to me. They cut me open like I was a hog.

"At the young age of 17, I was pregnant with my daughter Deborah, living in a household with my mom and my siblings. My mother was a single mom and times were tough, so we were on public assistance, just trying to survive. I was told that if I continued to have children, the livelihood of my family would suffer greatly."

The North Carolina Eugenics Board was created in 1933 and operated for decades with little public scrutiny. It used rudimentary IQ tests and gossip from neighbors to justify sterilization of young girls from poor families who hung around the wrong crowd or didn't do well in school. Girls like 13-year-old LeLa Dunston, who had just had a baby. Dunston is now 63.

"I need a reward or something — some kind of compensation for all this that they done put me through," she says.

'You Are Not Forgotten'

North Carolina Gov. Bev Perdue has now appointed a task force to consider compensating victims. In 1974, the Eugenics Board was disbanded, and the state formally apologized in 2002. Six other states have issued similar apologies, but none has compensated victims.

If North Carolina lawmakers decide to pay victims, it could be costly. While the number of sterilizations in other states slowed down after the Nazi atrocities of World War II came to light, North Carolina's eugenics program ramped up. An estimated 3,000 victims are still living and could qualify for compensation. North Carolina state Rep. Larry Womble is a key driver of the state's effort to make amends:

"We have done some things that we should have never have done before," he says. "And I'm glad that some of them are living long enough to see that something is being done — you are not forgotten."

The North Carolina eugenics task force will make a preliminary recommendation on compensating victims in August.