Accessibility links
Ornette Coleman: 'Change of the Century' Saxophonist Ornette Coleman burst on the jazz scene in the 1950s with a new kind of music called "free jazz," which he called "harmodolics." He and his band broke away from traditional melodic conventions, creating controversy and revolutionizing the jazz art form. This album catches him and his group at its peak. 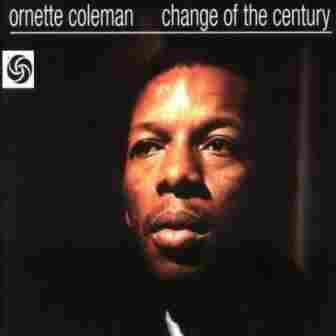 The cover of Change of the Century hide caption

A.B. SPELLMAN, National Endowment for the Arts: Because it was the most unusual, original, and creative sound in small group jazz in the late 1950's. We have Ornette Coleman, a musician who, after many years, had come to a sound... this new style that got rid of all the chords, the whole map of improvisation, and left the band to find its own direction, and achieve its own unity through great communication.

SPELLMAN: This record catches them just as they are sort of rising toward their peak. It has all the excitement and all the newness. These were new tunes for them. I have to say that when I first heard it, I didn't get it. I mean it sounded "off." There's an "off-ness" about it. But this was something that they were working for, this off-ness. They didn't want to sound like everybody else.

HORWITZ: What they were after, I think, was a greater sense of freedom, and I think they achieved it. Don't you?

SPELLMAN: Yes, they did. But you see, freedom without discipline is boring. And this is a very disciplined group of musicians. They had complete intuition about where the other one was going to go. The sympathy within the group was absolutely extreme and that's hard to develop.

HORWITZ: And now I'd argue, 40 years later, it sounds not strange or out there, but very challenging and enjoyable for its challenge.

SPELLMAN: It absolutely was. A large part of the credit I believe must be given to the rhythm section. Because in Charlie Haden and Billy Higgins you have two Hall of Fame musicians. And this rhythm section again was working with a different kind of sense of accents. You had a strong melodic lead in the bass of Charlie Haden, because without a piano, the bass then has more responsibility for sort of leading the group. The responsiveness of this particular rhythm section would not permit for a dead spot.

HORWITZ: Don Cherry is a font of ideas as a soloist. How well does he execute?

SPELLMAN: As you go through the solo of Don Cherry's on "Face of the Bass," you hear all of these wonderful ideas coming, building right on top of the other. It's a very well thought out, creative and inventive solo, that again, is full of surprises, because they just don't blow these phrases where you think they're going to go.

HORWITZ: And he's swinging all the time.

SPELLMAN: Swinging all the time.