Accessibility links
Republicans Hopefuls Divided Over Anti-Abortion Pledge Most of the GOP presidential candidates have signed a pledge to push through tough anti-abortion measures if elected president. But two candidates, former Massachusetts Gov. Mitt Romney and pizza magnate Herman Cain, have resisted signing it out of concerns that it goes too far. 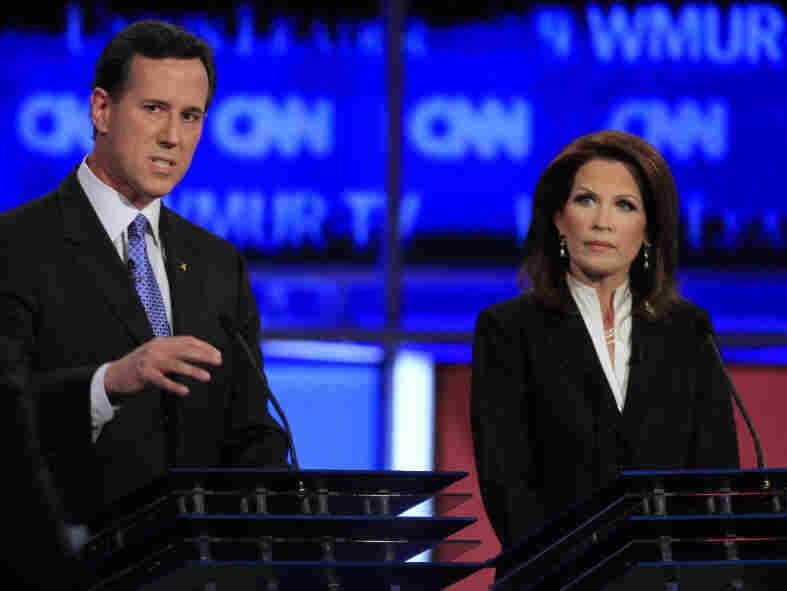 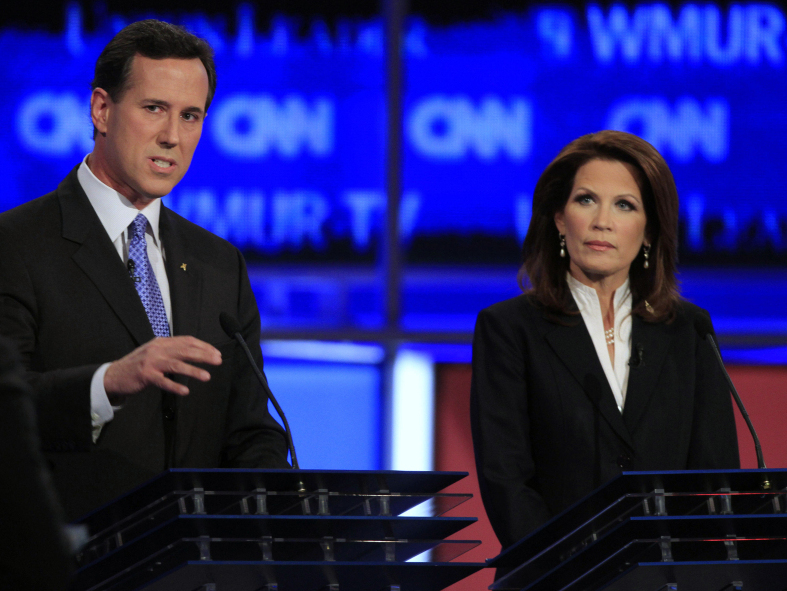 For the first time in memory, every Republican candidate running for president in 2012 proclaims him or herself to be anti-abortion. But just how anti-abortion are they?

Marjorie Dannenfelser wanted to find out. So Dannenfelser, the head of the Susan B. Anthony List — a group founded to elect anti-abortion candidates — created "The Pro-Life Presidential Leadership Pledge," and asked every Republican presidential candidate to sign it.

"We've seen it in other movements that take themselves seriously and we think the pro-life movement is in a place that's taking itself seriously," Dannenfelser says. "And the pledge is a very modest proposal; a very minimum bar for a president that would consider himself pro-life."

But now, who has — and, more importantly, who has not — signed the pledge is causing a stir in campaign circles.

There's been quite a debate about why and how and if and whether and when those signings [of the pledge] will come.

Marjorie Dannenfelser, head of the Susan B. Anthony List

And since then, says Dannenfelser, "There's been quite a debate about why and how and if and whether and when those signings will come."

The pledge itself consists of four parts.

First is a promise to nominate judges who "are committed to restraint and applying the original meaning of the Constitution, not legislating from the bench."

Second is a vow to appoint only anti-abortion personnel to "relevant" administration posts.

Third is a promise to "advance pro-life legislation" and end taxpayer funding of abortion and de-fund Planned Parenthood "and all other contractors and recipients of federal funds with affiliates that perform or fund abortions."

Finally, candidates must pledge that they will "advance and sign" legislation to protect "unborn children who are capable of feeling pain from abortion."

Cain's campaign has said he's worried about separation of powers issues, particularly the part of the pledge that calls for him to advance as well as sign legislation.

With Romney, however, the issues are more substantive. And more problematic. That's because Romney was for abortion rights before he was against them. 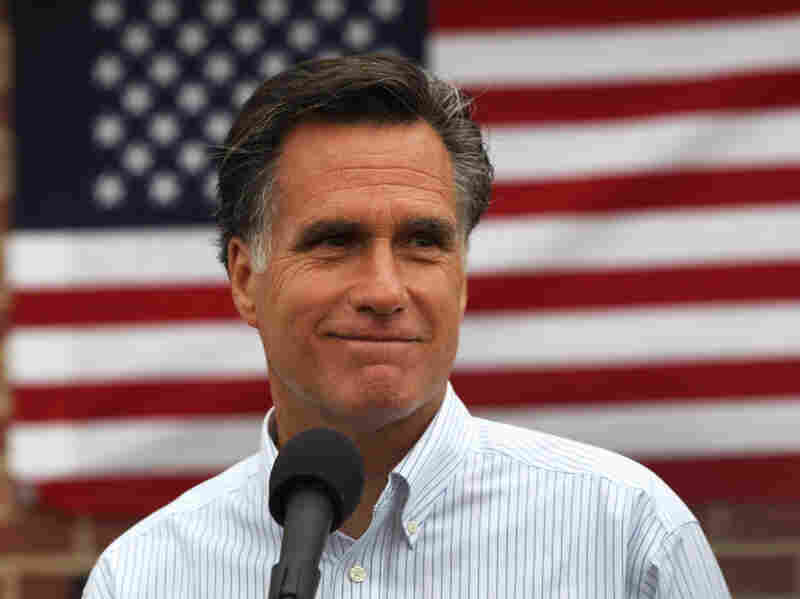 Former Massachusetts Governor Mitt Romney in Aurora, Colorado on June 20. Romney is one of two presidential hopefuls who has not signed a hard-line anti-abortion pledge. John Moore/Getty Images hide caption 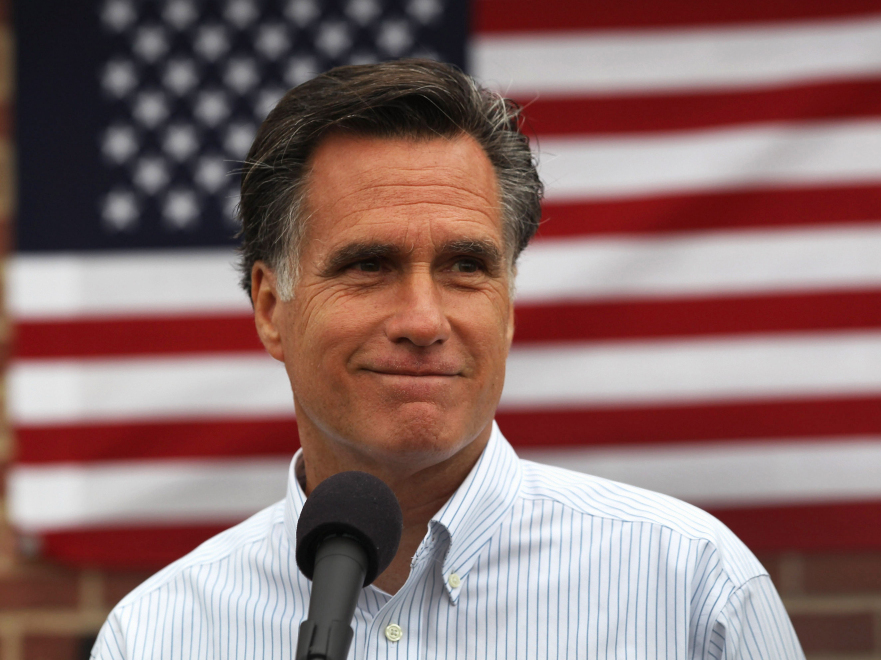 Former Massachusetts Governor Mitt Romney in Aurora, Colorado on June 20. Romney is one of two presidential hopefuls who has not signed a hard-line anti-abortion pledge.

A campaign spokesman confirms his problems with the pledge are that it's written so broadly that it could force him to cut off funding to entire hospitals or universities. It might also block him from appointing abortion-rights backing candidates to posts that have little or nothing to do with abortion, like the departments of State or Homeland Security.

Dannenfelser says she takes Romney at his word that he's now pro-life, but she still doesn't buy the campaign's excuses. "In the end they were looking for more of a legal document than they were a pledge," she says.

Instead, Romney issued his own anti-abortion pledge, minus that language he considered a problem.

Meanwhile, abortion-rights and anti-abortion groups strongly disagree about whether having candidates so publicly on the record about their position is a good or a bad thing.

David O'Steen, executive director of the National Right to Life Committee, says the public is moving more and more in an anti-abortion direction, and the candidates are simply following that public opinion.

"Today, everyone sees an ultrasound of their unborn baby," he says. "We no longer hear the argument that the unborn child is just a blob of tissue. We all know that what is growing in a pregnant lady's womb is a human being and I think that's made a tremendous difference."

But abortion rights backers say the Republican candidates are going way too far for mainstream voters.

State Battles Over Abortion And Family Planning Heat Up May 27, 2011
GOP Takes Latest Abortion Fight To The Tax Code Feb. 9, 2011

"This is a field that is declaring publicly that each of them wants to overturn Roe vs. Wade and to de-fund birth control programs across the country," says Donna Crane, policy director for NARAL Pro-Choice America. "These are positions that savvier politicians won't publicly take. But this field is not shy about doing it.

Meanwhile, the flap over the pledge is likely to continue. Newly minted candidate and former Utah Gov. Jon Huntsman told reporters Tuesday that he likely won't sign the abortion pledge or any other pledge, for that matter.

And the one candidate social conservatives most hope might still jump into the race, Texas Governor Rick Perry? What they might not remember is that in 2008, Perry endorsed former New York Mayor Rudy Guiliani, the one Republican candidate who actually supported abortion rights.