Accessibility links
Rise Of Indigenous Actress Marks Change In Peru Indigenous Peruvian actress Magaly Solier's rise to international stardom represents a larger cultural shift in Peru, a country that has long been run by a small elite despite indigenous people making up more than half of the population. 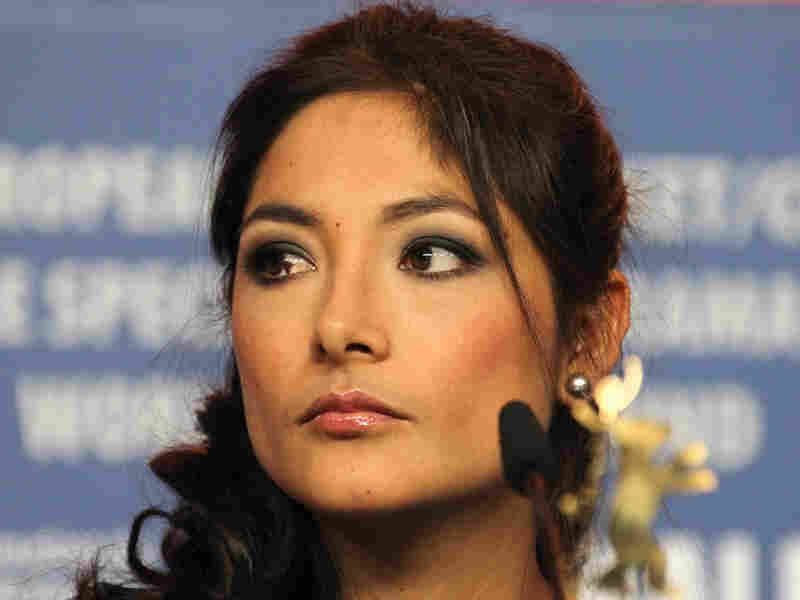 Magaly Solier stars in The Milk of Sorrow, which won the Golden Bear award for best film at the 2009 Berlin Film Festival. It's the first Peruvian film the festival has ever featured. Valery Hache/AFP/Getty Images hide caption 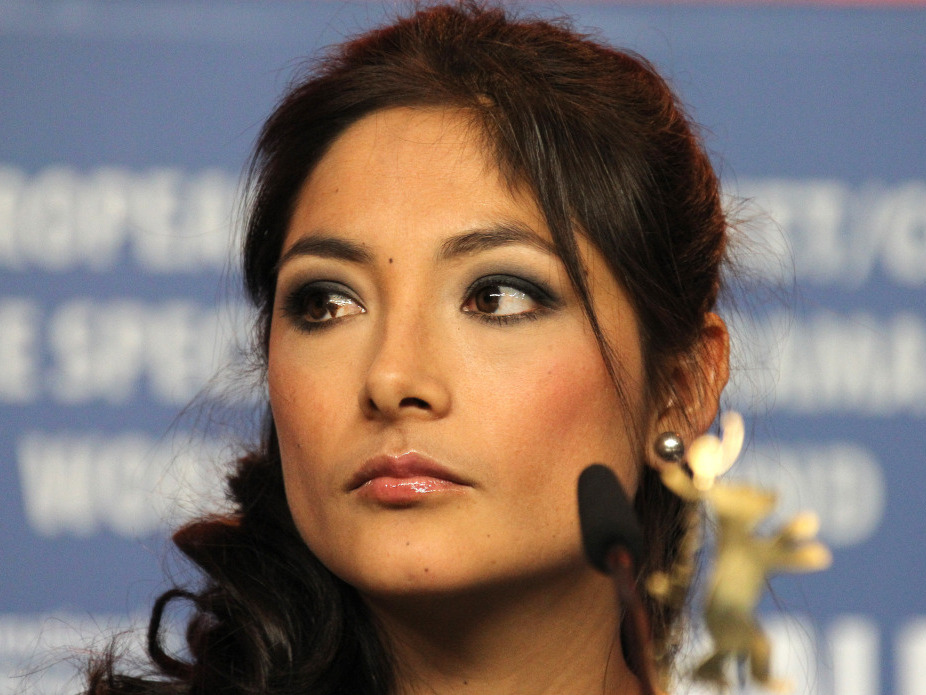 Magaly Solier stars in The Milk of Sorrow, which won the Golden Bear award for best film at the 2009 Berlin Film Festival. It's the first Peruvian film the festival has ever featured.

In 2009, when the Peruvian film The Milk of Sorrow won top honors at the Berlin Film Festival, lead actress Magaly Solier did something surprising — she chose to accept the award by singing a song in Quechua, a common indigenous language of Peru.

Indigenous people make up more than half of Peru's population and about half of Peruvians live in poverty, yet it has long been run by a small elite. But that's beginning to change as Solier and others with indigenous roots move into the cultural and political spotlight.

Taking A Stand, 'We Conquered Our Fear'

Solier grew up in a family of Quechua farmers in Peru's highlands. Whether speaking or singing, she often calls on Quechua in addition to Spanish, but Solier says she was initially cautioned against speaking Quechua in public.

"People thought that I would be laughed at," Solier says. "My family, my friends — they told me, 'Don't speak in Quechua. You'll be humiliated; you'll get knocked down; you'll be made fun of.'"

Growing up in a region that was affected by violent repression in the 1980s, Solier learned when to be quiet, but she also witnessed the power of taking a stand.

"If you made noise, the Shining Path guerrillas would come, take you away, and kill you," she says of the Maoist insurgency that terrorized her hometown. "In the end, it was the local people who got rid of the violence; who began to arm themselves and make rounds to keep the community safe. We all took part in those patrols — women, children too — and we all had weapons, whether it was just a rock, or a gun. That was how we conquered our fear."

Watch Clips from 'The Milk Of Sorrow':

Changing Impressions, Through Film And Song

In The Milk of Sorrow, Solier plays a young modern day Peruvian woman affected by the same rural violence Solier grew up with. The plot centers on the belief of some Peruvians that campesina — or peasant — women who were raped during Peru's armed conflict could pass their fear on to children through their breast milk. Solier's character is one of those children.

The role catapulted Solier into a successful international career, and her singing in the film led to a professional career in music.

"When I got to Lima, the music I'd sung growing up was looked down upon," Solier says. "It was something that people thought was only good for getting drunk and getting into fights. I said to myself, 'People in the capitol and foreigners, they don't know what the music is really like where I'm from.' I wanted to do something different."

Part Of A Larger Shift In Peru

Solier's rise to international stardom represents a larger cultural shift in Peru. As the economy improves and democracy takes force, other Peruvians of indigenous descent are also moving into prominent standing — including politician Ollanta Humala who was recently elected to be Peru's next president.

But many were still jolted by Humala's election. Magaly Solier says she believes people should wait until Humala takes office to make up their minds about him.

"Whether he'll do good or bad, no one knows yet," Solier says. "Human beings that haven't had the same opportunities — you have to give us a chance in order to find out what we'll actually do."

Peruvians Hope Humala Will Focus On The Poor June 6, 2011