Accessibility links
Movie Review: 'A Better Life' - Among Illegal Immigrants, A Poignant Struggle For 'Life' An undocumented father and son in Los Angeles eke out a tenuous living while striving for a better one in Chris Weitz's deeply personal character drama. The film gives immigration a different face: one of heritage, survival and inner-city strife. 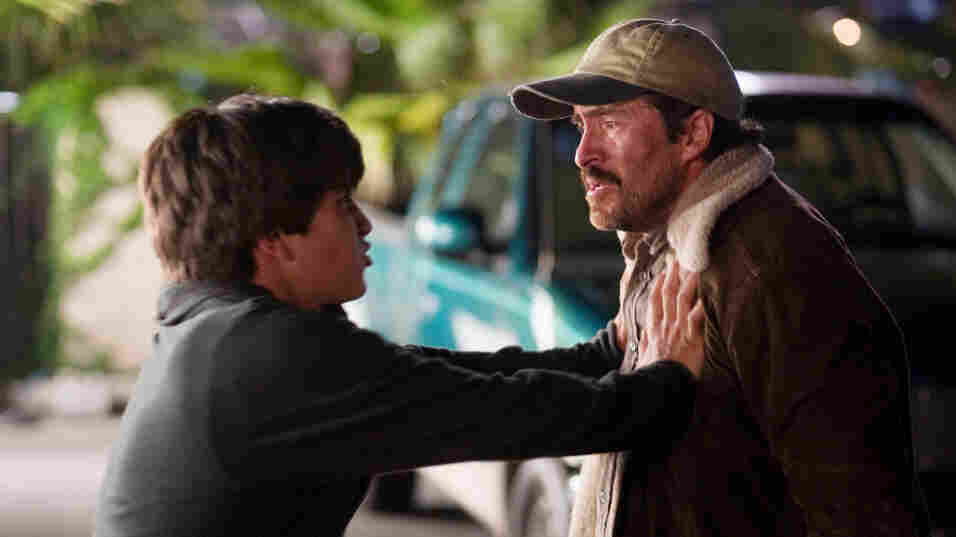 It Gets Better: Luis (José Julián, left) and his father Carlos (Demián Bichir) have a contentious relationship, as the son flirts with street gangs while his dad works long hours as an undocumented laborer. The film depicts their story with only the occasional lapse into heavy-handedness. Merrick Morton/Summit Entertainment hide caption

Rated PG-13 for some violence, language and brief drug use

'I Need Some Money'

'I Need Some Money'

Making a virtue of simplicity and a vice of melodrama, A Better Life is a well-intentioned stab at something we rarely see in American movie theaters: the low-income family drama. This is a genre in which work — exhausting, repetitive, unreliable — is the story's engine and the characters' sole means of survival. For the characters in these films, holding on to a job or finding a better one takes precedence over anything life can throw at them.

For Carlos (Demián Bichir), an undocumented Mexican day laborer who arrived in Los Angeles six years earlier, work is all-consuming. Rising at dawn in his ramshackle South Central rental, he spends long days tending to the well-fed lawns of the affluent, barely seeing his 14-year-old son, Luis (José Julián). Uncommunicative and a little hotheaded, Luis is teetering on the brink of expulsion from school and initiation into a local gang with family ties to his feisty girlfriend (Chelsea Rendon), but it's clear he's more a thoughtful loner than a mindless joiner.

When, in the course of a single day, Carlos achieves his dream of self-employment, only to have it cruelly snatched away, the film transforms into an odyssey of familial healing and a sharp lesson on the realities of living without papers. As Carlos and Luis search for the man who has wronged them, director Chris Weitz (whose family is mostly Hispanic and whose grandmother was the Mexican actress Lupita Tovar) takes us on a tour of locations most Angelenos never see: An immigrant doss house, a Mexican rodeo at Pico Rivera Stadium, a steamy kitchen filled with undocumented scullery staff. Dragging into the light those who prefer to exist in shadows, Weitz forces us to confront a world where every stranger is a threat, every cop an enemy, and crime must be handled without official help.

Sensitively written by Eric Eason (from a story by Roger L. Simon), A Better Life is a far cry from the director's big-studio footprints (The Twilight Saga: New Moon and The Golden Compass), but the more personal scale suits him. Turning LA into a bifurcated city — on one side, manicured yards and jogging suburbanites, on the other noisy cantinas and loitering gangbangers — Javier Aguirresarobe's photography draws texture from the street life that boils in the background of the frame. Adopting a uniformly downbeat tone, Weitz observes without comment, resisting the impulse to dramatize the snatches of political protest or the desperate men scrambling on corners for a day's work. Like most of the city's residents, the film simply glances and moves on. 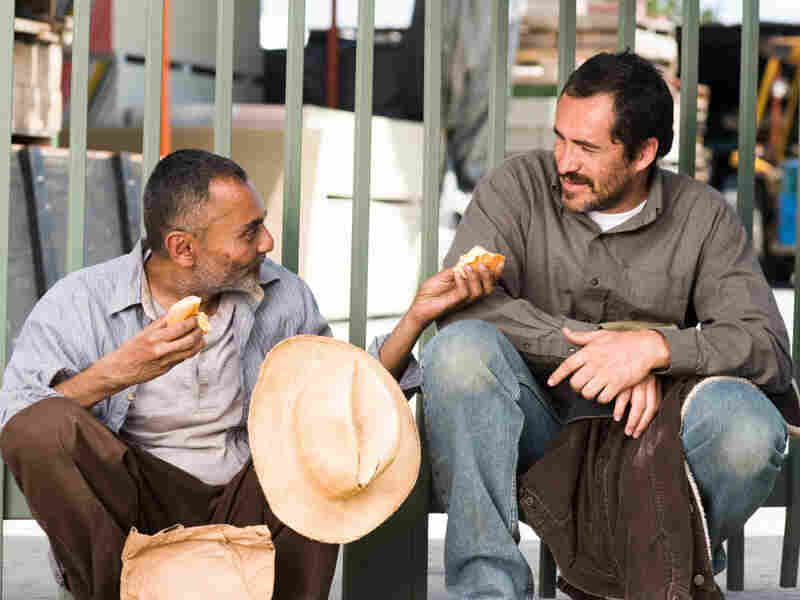 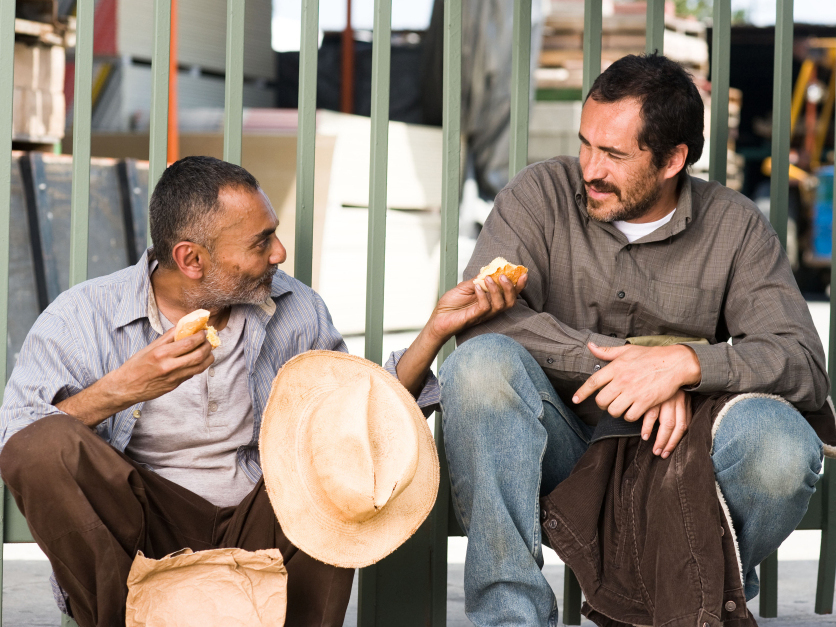 The entire film is told through the perspective of illegal immigrants like Santiago (Carlos Linares, left) and Carlos (Bichir). Director Chris Weitz tours locations even most Angelenos never see.

Unfolding exclusively from the perspective of illegal immigrants, A Better Life is a dignified, decent film. Neither hopeful nor hopeless, the story is about embracing heritage while striving for more, all the while trying not to step on the neck of your brother. And despite glaring similarities to Italian neo-realist classic Bicycle Thieves and the occasional lapse into triteness — like the soaring music that accompanies Carlos as he scales a palm tree and gazes in aspirational awe at the beauty around him — the film counters soapiness with lead performances of remarkable depth and synchronicity.

Equally pleasing is Weitz's refusal to highlight the integrity of his hero by painting the film's gang members as de facto monsters. Instead, he stages his warmest, most delightful scene in the cozy home of Luis's girlfriend, where two tiny prima donnas sing for their tattooed relatives. It's easy to see why, to a lonely boy, this family feels more real than his own.