Accessibility links
Tom Hanks Fights Cynicism With Cinema In 'Crowne' Hollywood may be full of cynics, but Tom Hanks isn't one of them. In his latest film, Hanks tells the story of Larry Crowne, a regular guy who has everything going for him until he loses his job. Instead of seeing it as the end of his life, Crowne sees it as a new beginning.

In his long Hollywood career, Tom Hanks has often played the hopeful character — so his latest film, about reinvention amid recession, isn't much of a stretch.

It's called Larry Crowne and in it, Hanks plays the ever-optimistic Larry, a loyal employee of a big-box store whose life gets turned upside down when he's unceremoniously downsized. Underwater on his mortgage and suddenly unemployed, Larry decides to reinvent himself by heading off to community college, where he falls in with a colorful group of scooter-riding students and even develops a crush on his teacher.

Hanks, who also co-wrote and directed Larry Crowne, tells NPR's Michele Norris that he drew on personal experience to make the film: He didn't have the grades or the means to go to a university after high school, so instead he went to junior college.

Listen To Tom Hanks Talk About His Passion For Typewriters

"I was sitting sometimes right next to people who were twice my age," Hanks says of his time at junior college. "Mothers whose kids had gone out of the house; there were divorced guys; there were people there who were retired and taking on new jobs; there were also guys who were just back from Vietnam. "

He says that's where he developed the idea of community college as a cross-generational meeting place, something that couldn't really exist at a four-year university. And that idea stuck with him.

"We were in the same exact boat as far as our fears go and our possibilities for what the future was," he says. "I was just starting out in my adult life and they were all starting out brand-new versions of what their adult life was going to be."

The Tom Hanks In Larry

Hanks has a lot in common with the amiable Larry. For one thing, both Hanks and Larry are comfortable in the kitchen.

"In my house, breakfast is my thing, get out of my way," Hanks says. "I'm no good at any other meal, but breakfast with a cup of coffee and Click and Clack the Tappet brothers playing in the background — that's a fine Saturday or Sunday."

Hanks also understands the draw of the kind of big-box store at which the fictional Larry spent much of his working life.

"When we were scouting for our film we ended up shooting at a Kmart and, I gotta say, I was amazed by the bargains," he says. "I bought everything from a 5-pound sack of Japanese rice, a pitcher for ice tea, a fishing pole, some camping equipment."

Hanks played three very distinct roles in the making of Larry Crowne, and he says being that involved in a project can make for quite the challenge.

"Writing a movie and then directing the result of that script is ... a personal virus that you have to fight. It's a fever that you get that takes you over," he says.

But the challenge isn't actually in the filming itself; it's in the six months of preparation that come before any of the cameras start rolling.

It All 'Comes Down To The Guy Who Makes The Film' 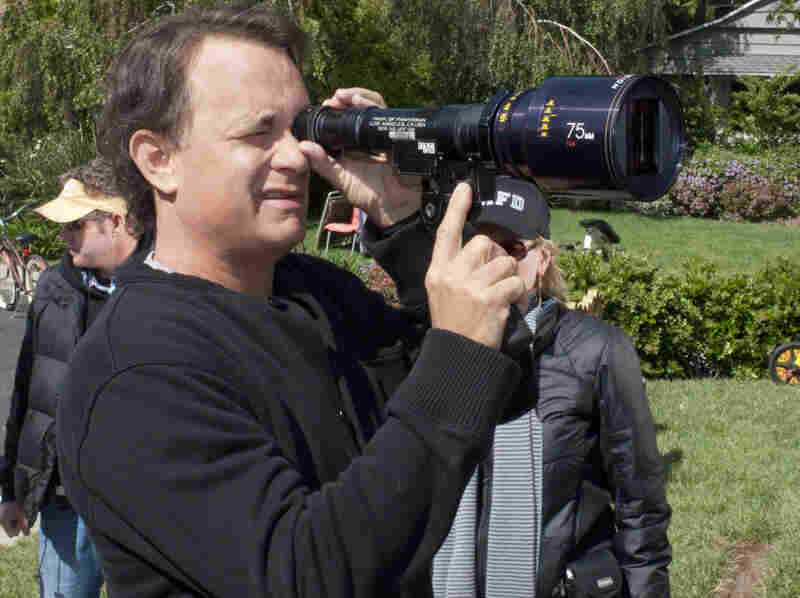 A Filmmaker's Perspective: Tom Hanks says the directors he's worked with as an actor have helped inform his own filmmaking. Bruce Talamon/Universal hide caption 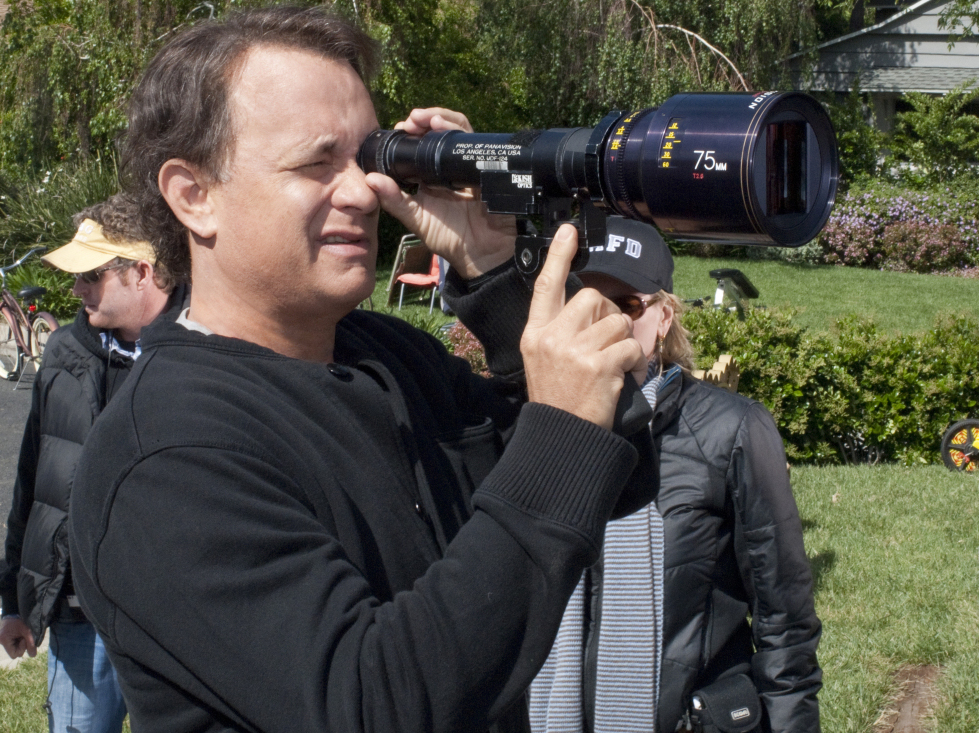 A Filmmaker's Perspective: Tom Hanks says the directors he's worked with as an actor have helped inform his own filmmaking.

Hanks says it can be impossible to catch your breath when you're wearing so many different hats on set. He views it as more of a sprint than an endurance test, but that doesn't make calling the shots any easier.

He concedes that there were moments of uncertainty in the making of Larry Crowne, but he got through those moments by looking to fellow filmmakers for guidance — at least internally.

"I thought, 'Well, what would Nora Ephron do in this position? What would Jonathan Demme do? What would Steven [Spielberg] do? What would [Robert] Zemeckis do?' " he says. "And they're never the same exact things, but what they would do is they would plow forward. You're always protecting the color and the timbre and the shade, the tenor — whatever descriptive word you want to use for what the movie is somewhere on the storytelling graph — and that comes down to the guy who makes the film."

And there's no question that the guy who made Larry Crowne is an optimist. Hanks says as far back as he can remember, he's started every morning with a positive outlook. And it shows.

"This is a movie that is about the battle against cynicism, of not giving in to that form of cynicism," he says. "I think that if I wasn't in show business I would still be a guy who has little cynicism."

He says he could have been perfectly happy as a tour guide at some great historical site, making history come alive for his visitors. But even that wouldn't be so different from what he does today.

"I'd still be telling stories somehow and I would still be searching out the least cynical stories to tell."