Accessibility links
Movie Review - 'Bad Teacher' - Amusing 'Bad Teacher' Needs Lesson In Likability In yet another comedy about a kid-hating misanthrope in a youth-oriented profession, Cameron Diaz plays the bully with too much comic zeal. Under Jake Kasdan, the film is cheerfully vulgar, but it gets higher marks when it's not going for shock value. 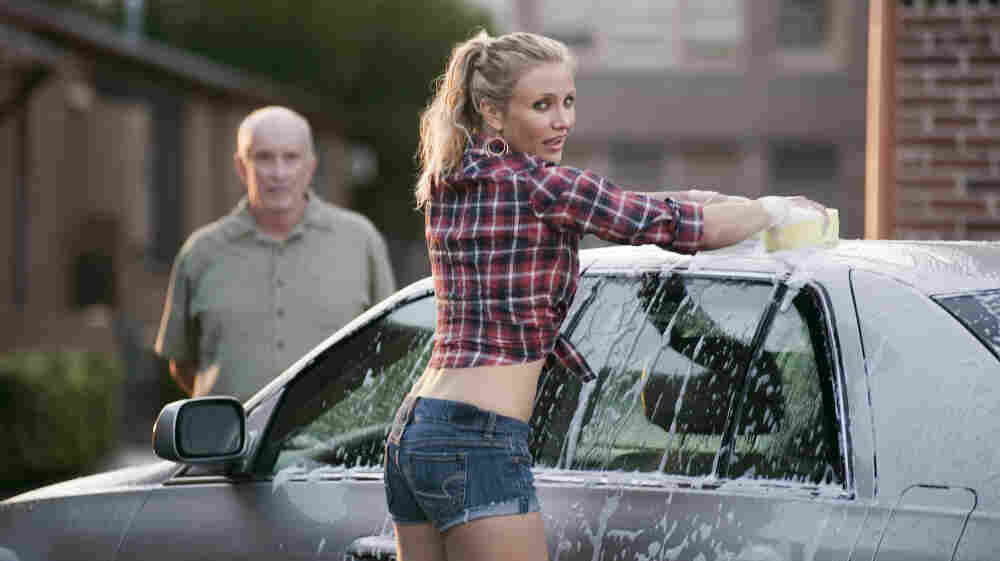 Rated R for sexual content, nudity, language and some drug use

Wielding its title like a blunt instrument, Bad Teacher plainly evokes The Bad News Bears and Bad Santa, two other black comedies about profane, selfish, ill-mannered cranks who work with children but lack the ability (or the interest) to censor themselves in their presence. But here's the secret to the earlier films: We like Walter Matthau and Billy Bob Thornton from the beginning, long before these foul creatures reluctantly seize the opportunity to redeem themselves. The reason? They're underdogs, pitiable sad sacks who have fallen all the way down the social ladder, banging their chin on every rung.

As Elizabeth Halsey, the cheerfully vile seventh-grade instructor in Bad Teacher, Cameron Diaz proves a much tougher sell. When the film opens, Elizabeth is not an underdog, but a bully. There's a whiff of entitlement behind her open contempt for her colleagues and students, even before she's shown blazing through the parking lot at John Adams Middle School (called "JAMS!" by its more enthusiastic educators) in a brand-new Mercedes. And though she's quickly humbled when her rich fiance gets wise to her gold-digging motives, her mirthless ambition to marry into wealth doesn't change. All that changes is the vehicle she hopes will get her there: a $10,000 pair of fake boobs.

The bulk of Bad Teacher is about Elizabeth's attempts to raise the money for these monuments to her shallow status-seeking ambitions, which is a good indicator of the film's aggressively juvenile sensibility. Given its most obvious predecessors — the aforementioned Bad movies, plus the much more family-friendly School Of Rock — its brand of slacker irreverence seems a little stale at times, particularly when it confuses shock value for comic value. The laughs that do score in this bumpy comedy tend to be sidewinders.

Since There's Something About Mary, Diaz has always looked happiest when she's goofing around, but she throws herself into this role with a zeal that's a notch too amplified. Still, she's surrounded by a wealth of talent, including a terrific Justin Timberlake as a clean-living (and rich) substitute with a thing for cable-knit sweaters, Jason Segel as a laid-back gym teacher who functions as an audience surrogate, and The Office's Phyllis Smith as Elizabeth's amusingly passive lackey. Add to that bit turns by ringers like Dave "Gruber" Allen, whom Freak & Geeks' cultists will appreciate for more or less reprising his role as a hippie-burnout teacher; Tom Lennon as the easily duped keeper of standardized test answers; and John Michael Higgins as the dolphin fetishist who serves as JAMS's principal, and there are plenty of quality gags seeping through from the margins. 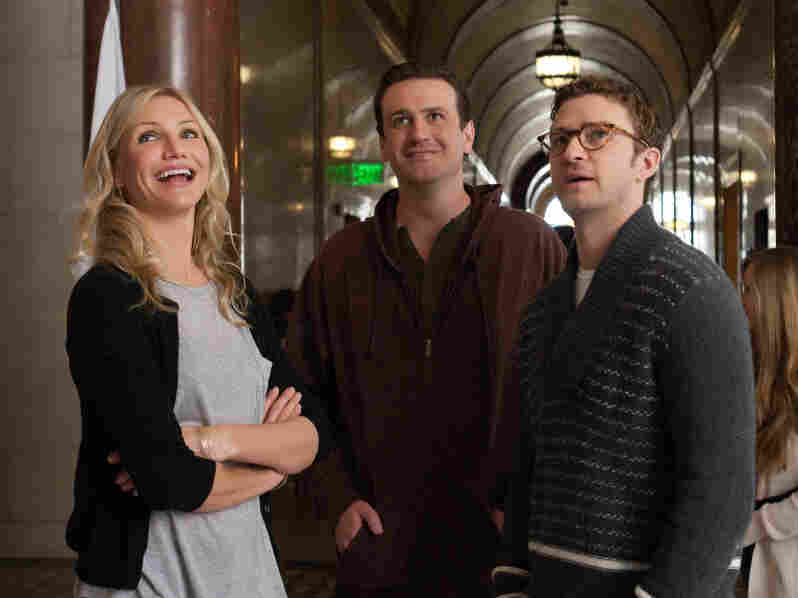 Diaz, Jason Segel and Justin Timberlake jeopardize children's futures, one off-color joke at a time. Most of the film's laughs come from its gifted comedic ensemble. Sony Pictures hide caption 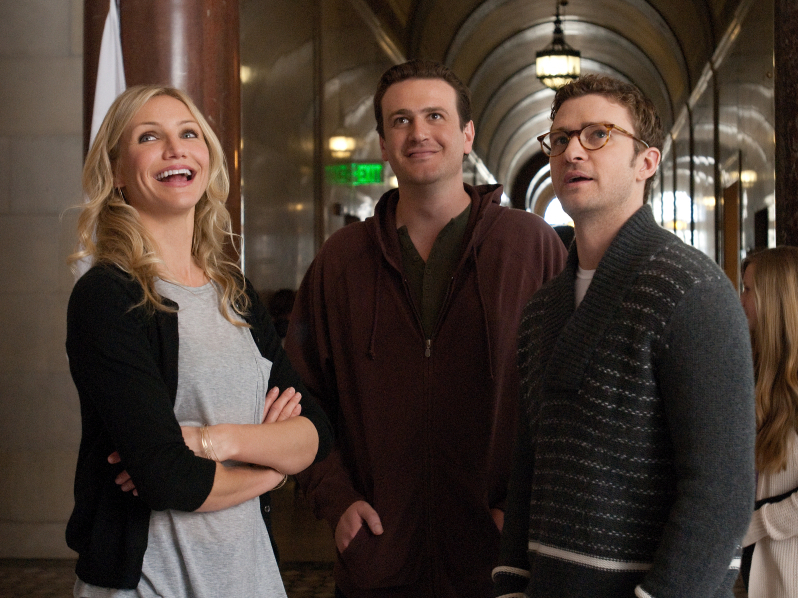 Diaz, Jason Segel and Justin Timberlake jeopardize children's futures, one off-color joke at a time. Most of the film's laughs come from its gifted comedic ensemble.

More problematic is Lucy Punch as the descriptively named Amy Squirrel, who serves as Elizabeth's romantic rival and bete noire at JAMS, a chipper "across-the-hall mate" who rallies her students to excellence while a hungover Elizabeth pops school-related movies like Stand & Deliver into the DVD player. Amy is made to seem equally detestable, if not more so, because she hides her maliciousness under a goody-two-shoes act. But the film isn't nearly so eager to find anything human or redeemable about Amy, and the cartoonish rivalry between her and Elizabeth leaves a sour aftertaste.

Nevertheless, funny forgives a lot, and director Jake Kasdan (Walk Hard, The Zero Effect), working from a script by longtime Office writing partners Gene Stupnitsky and Lee Eisenberg, gets contributions up and down the ensemble. The little touches pay off the most, like Segel's throwaway improv in a dodgeball sequence, Timberlake's perpetual look of dim impressionability, or the succession of ever-more-ludicrous movies Elizabeth shows the class in lieu of teaching. The overall impression is of a great assembly of offbeat talent stranded in a film with a directive to offend, but little desire to stick to the lesson plan.