Accessibility links
'Shadow' Inventory Looms Over Housing Market The law of supply and demand has been crushing home prices for years now, and it's still not getting better. Since fewer people are buying, several million houses are waiting in a long line to be put back on the market, an effect economists refer to as a housing shadow inventory. 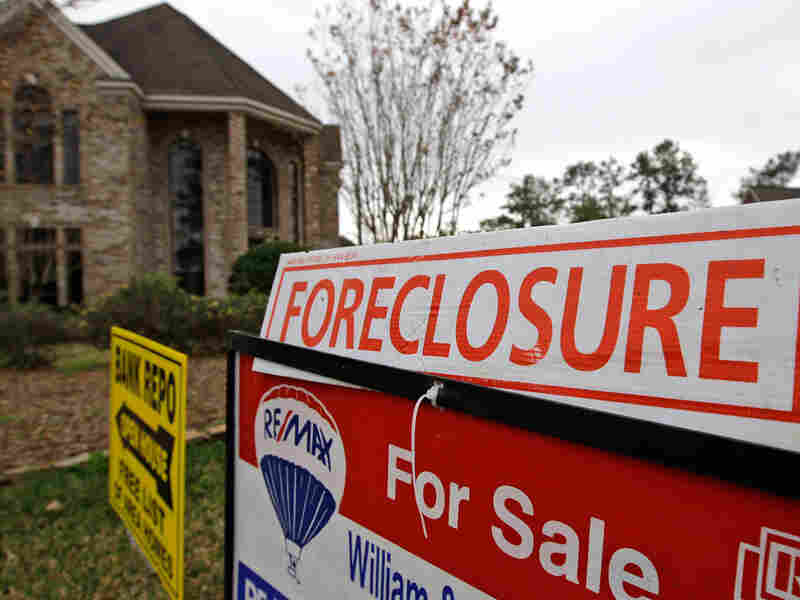 This foreclosure property in Houston was for sale in 2009. But many houses are still in the foreclosure pipeline and haven't even come on the market. David J. Phillip/AP hide caption 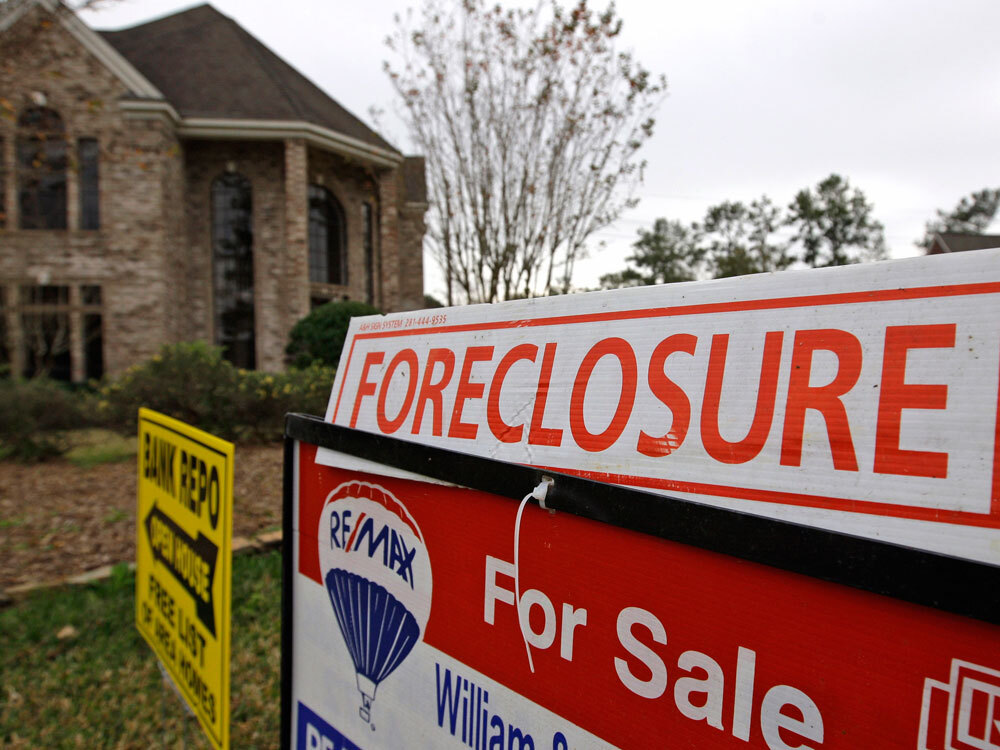 This foreclosure property in Houston was for sale in 2009. But many houses are still in the foreclosure pipeline and haven't even come on the market.

The housing market is still languishing this summer, leading some economists to believe prices won't begin to recover until 2014. Even Federal Reserve Chairman Ben Bernake says the market may be worse than most people thought.

This is due in large part to something economists call the shadow inventory — or the number of houses that will soon be up for sale.

On any given day in just about every city in the country, auctioneers are standing on the front steps of homes selling off foreclosed properties. Often no buyers even show up, and the bank takes the house.

Five years after the housing bubble burst, the numbers are still staggering. Additionally, many houses are still in the foreclosure pipeline and haven't even come up for sale.

"In a worst-case scenario you're looking at potentially 6 million of these properties," says Rick Sharga, senior vice president at RealtyTrac, a company that follows shadow inventory.

"The majority of those will ultimately hit the market as distressed properties, another part of that shadow inventory," he says.

One way to think about it is, the longer household formation stays down the greater the pent-up demand. And it's like a rubber band — you keep pulling back on it. At some point, when you let it go, it's going to snap back in a very big way.

Sharga says at the current pace of foreclosure sales it would take more than nine years to sell all of these houses. Until then, they could keep glutting the market and putting downward pressure on prices.

Still, most analysts don't think the housing market is going to stay in the dumps that long. One reason they seem a little more hopeful is "household formation" — or when people finish school or get married and move out of their parents' house for the first time, which creates a demand for housing.

"If you look at the number of households in the country ... that's been growing at a rate of a million to a million and a half a year quite steadily," says Karl Case, an economist at Harvard University.

However, Case says that during this economic downturn the process of generating new households has slowed down substantially and economists are unsure why.

Household formation is about one-third of what it normally is. And Case says this is part of the story about why the housing market is so weak.

"People are doubling up," he says. "They're staying with Mom and Dad," and immigration is down.

Case says problems in the housing market can even affect marriage and divorce rates.

"There's actually a new paper in the American Economic Review this month that finds the marriage rate sensitive to changes in house prices," Case says. "So this decision to form a household is a major component of demand."

Economists hope the slowdown in household formation is creating some pent-up demand for housing.

People want to move out of their parents' basement, or their parents want them out. Young couples want to settle down, get married and get rid of their roommates.

"One way to think about it is, the longer a household formation stays down the greater the pent-up demand is," says Nariman Behravesh, the chief economist of IHS, a forecasting firm. "And it's like a rubber band — you keep pulling back on it. At some point, when you let it go, it's going to snap back in a very big way. So that's very likely to happen in the housing market. We can debate exactly when it happens, but happen it will."

Behravesh thinks next summer the housing market could start to pick up quite a bit, but other economists say it won't happen that soon.

In the meantime, though, the housing market remains a pretty big mess, and there are a lot of people who, for better or worse, can't sell.