Accessibility links
Spanish-Language Network Makes Emmy Bid Telemundo is promoting its biggest-ever hit, La Reina del Sur. The show's season finale last month beat out English-language networks in all the major markets. But Telemundo's effort is a long shot. Spanish-language TV has never won an Emmy in any of the major categories. 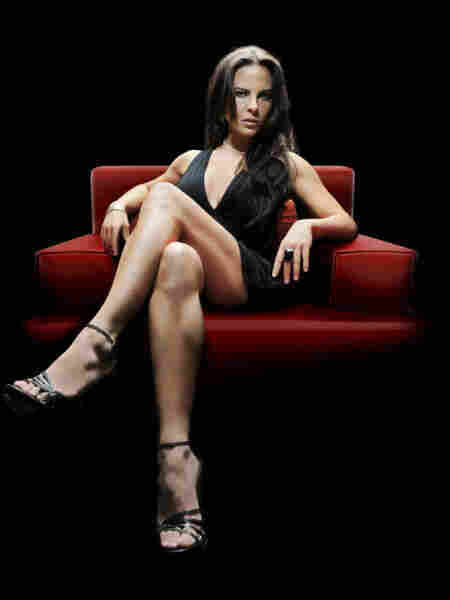 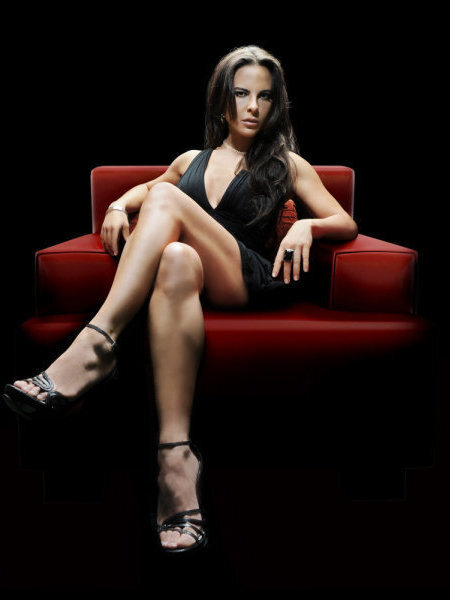 Actress Kate del Castillo in a publicity still for the Telemundo hit La Reina del Sur. The Spanish-language network is promoting the show for a prime-time Emmy nomination.

Nominations for this year's prime-time Emmys close Friday, and for weeks TV networks have been waging slick ad campaigns on behalf of their shows, actors and actresses. This year there's a newcomer to the Emmy campaign: Spanish-language network Telemundo, which is promoting its hit La Reina del Sur (The Queen of the South).

La Reina del Sur chronicles the life of a naive Mexican woman who falls in love with a drug lord and stumbles into becoming one of the world's most powerful traffickers.

In the season opener, up-and-coming narco Teresa Mendoza, played by Mexican-born actress Kate del Castillo, runs from ruthless drug thugs in aqua-blue stiletto heels. Through the next 62 episodes, the show is shot in four different countries with multiple casts and in high definition.

"The quality of the production was amazing, definitely," said Martha Sarabia, the entertainment reporter for La Opinion newspaper in Los Angeles. "You usually don't see that kind of quality, especially all that money that was put into making it."

That's true especially on Spanish language TV's nightly lineup of telenovelas, or soap operas. Telemundo's high-priced gamble paid off. La Reina del Sur was the biggest hit in the network's history. The season finale last month even beat out English-language networks in all the major markets.

Joshua Mintz, Telemundo's vice president of entertainment, says the ratings were phenomenal and deserving of an Emmy.

"It's a series that hooked millions of people for 62 episodes night after night after night," he said. "And I don't know any other product in general market in American television that has done that."

It's a series that hooked millions of people for 62 episodes night after night. I don't know any other product in general market in American television that has done that.

But it's a long shot for the network. Spanish-language TV has never won a prime-time Emmy in any of the major categories. While La Reina del Sur played well with Spanish-speaking audiences and even had some crossover appeal, the bulk of the voters in the Academy of Television Arts and Sciences don't speak Spanish. Getting them to give it a chance is a tough task.

Despite the obstacles, however, Alex Ben Block, senior editor for Hollywood Reporter, says the Emmy campaign is money well spent by Telemundo.

"They want to get the word out about the amazing growth of the network and the tremendous growth of the Spanish-language programming in the United States, and this is as much about marketing as about winning," he said.

"I actually enjoyed the fact that she didn't just lay over and die or be like, 'Oh my gosh, I can't do anything,' " she said.

It was the action-packed suspense that won over Peter Pasco, an actor and a voting member.

Del Castillo says she's not worried about getting typecast. She says there was so much more to the lead character Teresa in La Reina del Sur.

"She makes the wrong decisions, she makes mistakes, she contradicts herself, she smokes pot, she sleeps around, she sleeps with married men, she drinks tequila and people love her," she said.

Del Castillo says she never worked so hard or been so proud of her work. She says an Emmy nomination would be even more amazing.

"I would just be more humble and thankful and grateful for doing what I love and what is my passion and taking it to another level," she said.

But she says she's practical too and realizes the chances of her name alongside front-runners Kyra Sedgwick, Kathy Bates and Julianna Margulies is a long shot.

A previous headline and caption with this story incorrectly said that Telemundo was making a bid for a daytime Emmy. The network is actually pursuing an Emmy for a program that airs in prime time.